Jamie Carragher broke down some of the great "Front Threes" in modern football last night on Monday Night Football, and raised questions about the future of Liverpool's trio. None of the aforementioned partnerships lasted, or a number of others he listed, stayed together for more than three years. The Mané, Firmino, Salah triumvirate are currently in their fourth season.

They've won a Champions League and Liverpool's first league title in 30 years, but while this season has been up to scratch from a stats point of view, Carragher believes there are signs that the unimpeachable partnership may have run its course.

Sadio Mané and Mo Salah are both 28, while Roberto Firmino is 29.

Liverpool are without a goal in their last three Premier League games and haven't won since their 7-0 drubbing of Crystal Palace before Christmas. Carragher had particular issue and "worries" about Firmino's place in the side. Anyone listening to Carragher's live commentary of the game against Manchester United on Sunday will have heard the Liverpool legend's frustration with the Brazilian striker, but on last night's Monday Night Football, he laid out his concerns.

🗣️ "I am worried for Roberto Firmino..."@Carra23 looks at why things may change in the Liverpool front three - but @GNev2 is not so sure 🤔 pic.twitter.com/hvVcAeeNkN

I am worried for Firmino. I must say that. He's never been seen as the goalscorer. That's the responsibility of the other two, but he is there to chip in. And when they're not scoring, I just feel he needs to be a bigger goal threat. Even yesterday, he had a couple of chances. He's not quite striking the ball right.

I also think, his bringing players into the game has sort of dropped off. And also, the counter-pressing, and winning the ball back, has dropped off with Firmino. And not just this season. I'm actually going back to last season when Liverpool won the league, and I was a little bit worried then, and thinking, 'can he turn it around this season?'

If there was someone going to be phased out or moved on before the others, I think it would be Firmino.

Gary Neville disagreed with Carragher's analysis, claiming that the problem for Liverpool is Diogo Jota's injury meaning the fabled front three aren't getting enough rest. The backups of Origi, Minamino, and Shaqiri "are not good enough," according to Neville.

This lot don't rest. They play every single match. I was watching a game against Aston Villa Under 6's about two weeks ago and they're on the pitch! I'm thinking, 'what are them three doing out there?!'

Who's side are you on? Is it time for Liverpool to move on and break up one of the all time great strike partnerships while they're still at or close to their peak? 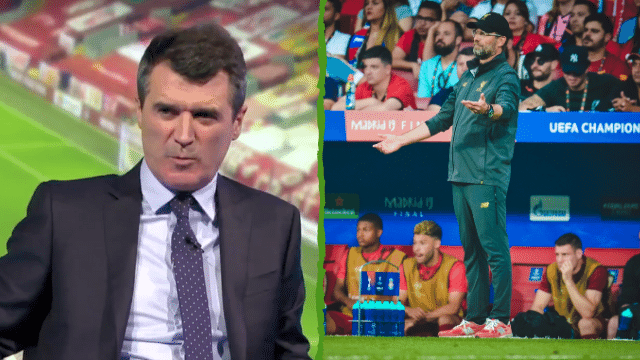