Newcastle took another huge step towards staying up today when they snatched a draw in the dying minutes at Anfield against Liverpool. It was a crazy finish to a game that Liverpool had dominated, with VAR controversy and an injury time equaliser bringing the game to a dramatic close.

Jurgen Klopp was raging after the game, and he had every reason to be. This was not a case of Newcastle snatching a draw from Liverpool, but a case of Liverpool throwing away what should have been a certain win. They were 1-0 up from the 3rd minute after a stunning goal from Mo Salah, but they wasted countless chances to finish the game off.

Sadio Mane in particular was wasteful, but Salah and Diogo Jota both had great chances to put Liverpool further in front as the game went on. It was quite incredible that the game reached injury time with only one goal, given Liverpool had 20 shots on goal over the course of the 90 minutes.

We're actually impressed this game is still 1-0. It would have been easier to score most of these chances. #LIVNEW

But there was incredible drama to come in the final minutes of the game. Newcastle only had two shots on target before the clock went red, but they were spurred on by a few near misses and eventually they snatched a sensational equaliser, as Callum Wilson bundled home a rebound after Alisson had saved his first shot.

It was time for everyone's favourite three-letter acronym to enter the fray. Straight away came the shout that VAR were taking a look at a potential handball by Wilson and, sure enough, the goal was disallowed. There was a widespread reaction of disbelief on social media, and it's pretty clear that next year's alterations to the handball laws will be a welcome change.

That wasn't the end of the drama though. As the game ticked over into the 95th minute, one final Newcastle attack found Arsenal loanee Joe Willock in space and - with the help of a Fabinho deflection - he found the bottom corner to snatch the most unlikely of draws for a team still trying to get out of the battle to stay up.

This just sums up a crazy game of football. pic.twitter.com/HTOqMmVgFa

Liverpool manager Jurgen Klopp was fuming at the end of the game. His team wasted numerous chances to score and he didn't hold back, saying that if the team continues to play as they are that they don't deserve a top four place at the end of the season.

Yeah, we have another five games, we will see what we can do until then. We have a few days until we play Man United, so that will be a tough one as well.

But, we learn or we don't play Champions League. That's it.

"In the end it is deserved. They fought for it, and we got nothing."

"We learn, or we don't play Champions League. That's it."

Jurgen Klopp admitted that the draw felt like a defeat speaking to @TheDesKelly after full time at Anfield. pic.twitter.com/MnVLTc0x7o

It was an incredible ending to a crazy game at Anfield, but Liverpool fans will be thinking like Jurgen Klopp, and trying to figure out how on earth Newcastle came away from it with a point.

SEE ALSO: Mick McCarthy Has Had A Pop At Liverpool Over Handling Of Loan Players 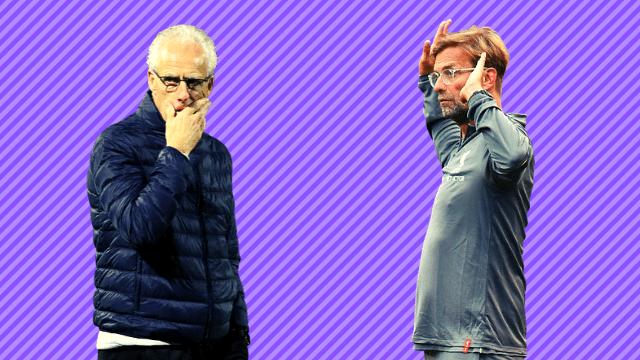