Liverpool's Champions League winning side in 2005 were certainly one of the more unlikely champions in recent memory. Not only did they limp to a fifth placed finish in the league, but they also faced a number of more fancied sides along their route to the final.

Of course, we all know how that final went. Their comeback from 3-0 down against AC Milan remains among the greatest in the history of the competition.

A number of star players will Liverpool to victory in Istanbul, but they would not have reached anywhere near that stage were it not for the contribution of some fringe players earlier in the competition.

Florent Sinama Pongolle is chief amongst them, with the Frenchman scoring a vital goal in the win over Olympiacos that helped the club to the knockout stages. While he would not play in the final, he still received a winners medal.

🔴 #OTD in 2004: Liverpool needed 3 goals to qualify after Rivaldo's opener.

However, it would later be stolen from his apartment while the player was away on international duty, despite the best efforts of one of his teammates.

Speaking to Ladbrokes at the launch of their 5-A-Side Bet on the FA Cup Final, Sinama Pongolle recalled how Liverpool midfielder Mohamed Sissoko accidentally walked in on the burglars, although he probably could have put a bit more effort in to stopping them taking off with the stolen goods.

There's a funny story attached to mine being taken, though. I'm a positive person and I really believe you've got to try and see the funny side in moments like this.

I left the keys to my flat with Momo (Mohamed) Sissoko, who was living in the same building as me. This is a real story, I promise. Momo and one of my other friends were collecting some DVDs from my flat...

When they pushed the door further open, they're facing the guys that were robbing my flat! So Momo is scrambling around looking for something to protect himself with before heading towards these guys... but they start running away.

And I swear to God, this happened... They sprint out of my flat, and because I was on the top floor, they had to run down all of these flights of stairs. Momo, behind them and chasing after them, he calls the lift!

Oh my God... when my other friend told me this, I could not stop laughing. Could you imagine this? So Momo Sissoko, a Premier League footballer, sees some guys in my flat and, while they're running out the door and down the stairs, he's waiting for the lift doors to open?! Of course they were long gone by the time Momo got down to the ground floor...

Obviously these guys are long gone by the time he finally gets out of the lift - my God, it's a true story which still makes me laugh when I think about it now.

Sissoko was not part of Liverpool's Champions League winning squad, joining the club the following summer.

Sinama Pongolle would leave the club in 2006, although he would have to move to Spanish club Recreativo without his Champions League medal. 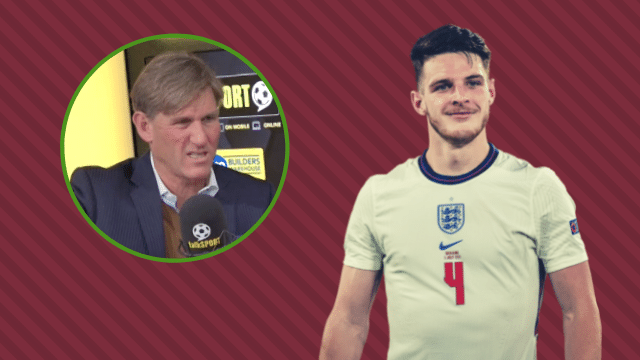