In a study conducted by ESPN, Intel and the University of Bath, Liverpool have been deemed as the most unlucky team of last season's Premier League, with Manchester United named as the most fortunate team in the division.

Nine factors were used to determine each team's good fortune in the study including:

A random sample of these incidents was then judged by former Premier League referee Peter Walton who had a deciding say over whether the outcome of those particular incidents was down to a team being lucky or unlucky.

According to the findings Liverpool should have been 12 points better off than their final league total of 75 points with 14 incidents reviewed.

Man United should have had six fewer points than they did, with 16 incidents examined, leading to a fourth-place finish instead of second.

Here is the adjusted Premier League table for the 2017/18 season, with Liverpool climbing to second, United dropping to fourth and Stoke just about avoiding relegation at the expense of Huddersfield Town: 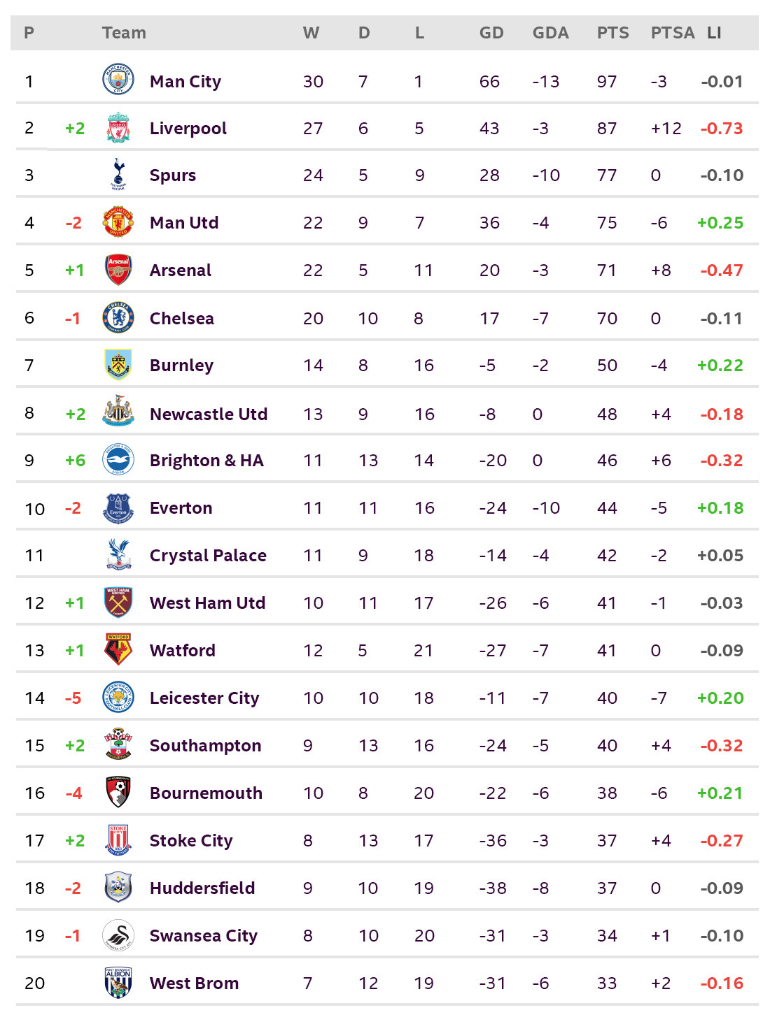 In light of the study former ref Peter Walton stated that it will be intriguing how team's fortunes will play out this season, especially given that the PL has not yet opted to use VAR:

The results demonstrate the impact and importance of refereeing decisions on a game.

With the Premier League deciding not to introduce VAR for the coming season, it is interesting to see how much luck plays a part in the way the league unfolds.

Football
2 days ago
By Gary Connaughton
Report: Liverpool Closing In On Deal For Dejan Lovren Replacement
6