Stevie G's On Hands And Knees: A Where Are They Now?

In some ways, it's incredible to think that it's now almost five years since the most seismic clip in Premier League history. On the other hand, so much has changed at both Anfield and Stamford Bridge since that fateful late April Sunday in 2014.

It was the day that Liverpool "almost" won the league. 1,813 will have passed by the time the two sides come face to face at the scene of the crime this weekend. Whilst Chelsea's hopes of clinching the 2018/19 Premier League title died around the time the revolving door of Italian managers spun one more time at the Bridge in July, the clash between these modern-day rivals will carry the same significance for Jurgen Klopp and his side this Sunday as it did for Brendan Rodgers all those Sundays ago.

Much the same, but much different, we look at what has become of the central protagonists of that day. 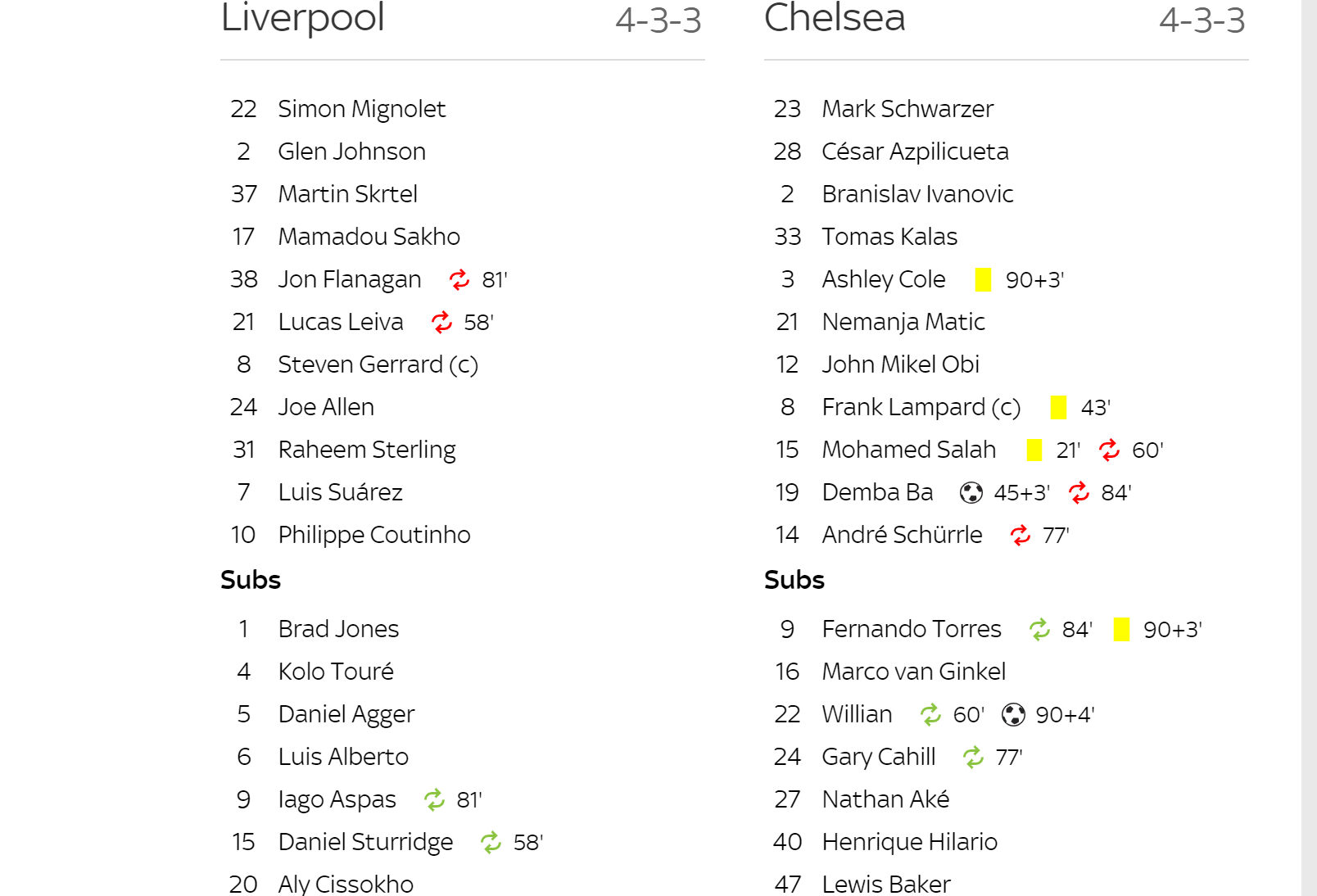 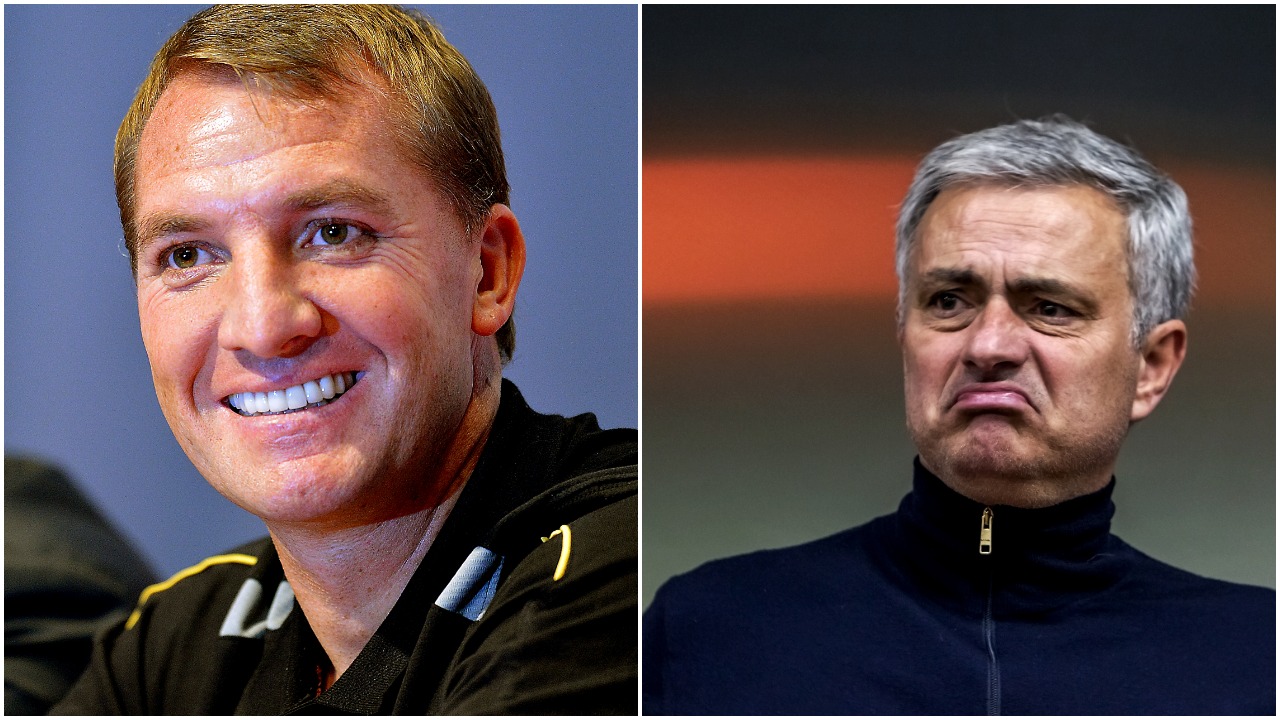 The Carnlough man had the Kop dreaming of a first Premier League title before it all went so horribly wrong just on the stroke of half-time. He signed a new contract the following summer, but would be out on his ear within a year and a half. Appointed Celtic manager in 2016, he led the Bhoys to two consecutive league titles, before leaving Glasgow with number three more-or-less in the bag to take the role vacated by Claude Puel at Leicester at the back end of February.

One of the few that remain from five years ago, Mignolet now settles for a watching brief - his almost legendary gaffes under former manager Rodgers were not tolerated for more than a season by Jurgen Klopp. Now No.2 at Anfield, he will play understudy to Alisson this Sunday. 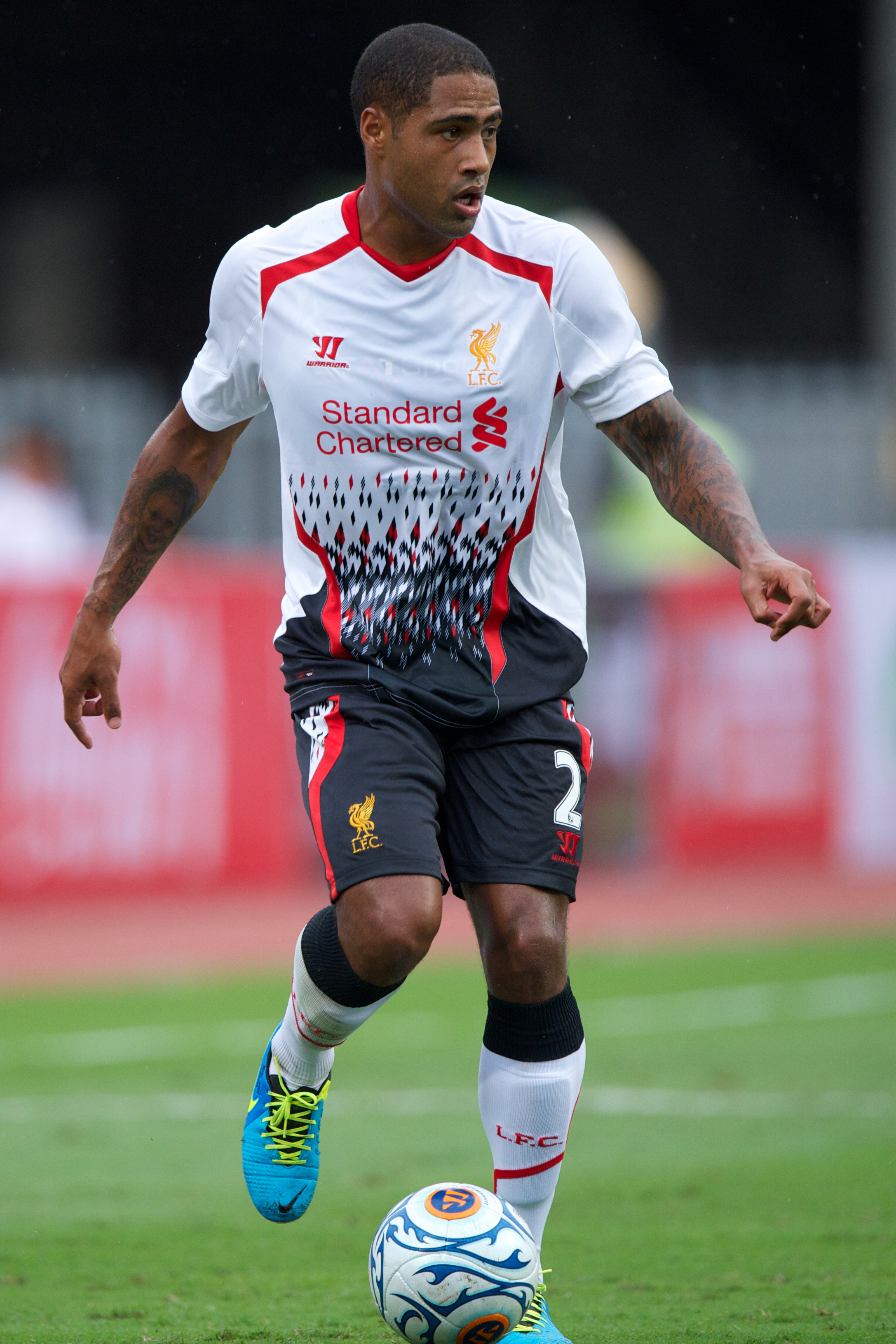 A Premier League winner under Mourinho in West London nine years previous, Johnson must have thought himself nailed on to join the diminutive list of players to have won titles at two different clubs. Alas, it wasn't to be for the 54-times capped former England full-back.

What the Slovakian lacks in Premier League medals, he makes up for in scary domes. He most certainly has one of them. Now plying his trade with Fenerbahce in Turkey, Skrtel left Anfield in July 2016, but not after scoring seven own goals in his time with the Reds.

The big French centre-half was an astute acquisition from Paris St. Germain in 2013, although it wasn't always plain sailing in his first couple of seasons under Rodgers. He seemed to settle in Klopp's first season on Merseyside and looked a player the German could rely on at the heart of his defence. Always one for mischief, however, he was handed a ban by UEFA for using illegal fat burners that saw him miss the back-end of the 2015-16 season, before having a fall-out with Klopp on the subsequent summer's pre-season tour of the US. Having initially been loaned to Crystal Palace, he made his switch to Selhurst Park permanent in August 2017.

Sometimes you really have to wonder whether or not Rodgers was a bonafide wizard. How he got a tune out of Jon Flanagan, no one will ever know, but he did. Blighted by knee problems since the academy product now finds himself struggling to maintain form and fitness north of the border at Rangers. More about them in a minute or two.

One of the more unlikely Anfield legends, the Brazilian defensive mid, made over 300 appearances in the shirt in a decade at the club, before moving to Serie A side Lazio in 2017.

Where to begin? The player of his generation at Liverpool? Former England captain? Champions League winning skipper? The reality is that it is difficult not to define the Whiston-born legend's career by the three or four seconds between Mamadou Sakho's pass to the Scouse talisman and Demba Ba hitting the back of Mignolet's net simply because the Premier League was his and remains Liverpool's most coveted wish. Perhaps telling that he would announce nine months later that he would leave Anfield, Gerrard would finish his playing days in America with LA Galaxy before entering management with The Rangers Football Club in Glasgow.

The tricky Welshman followed Rodgers to Anfield from Swansea in 2012 playing in over 100 games for the club. After Rodgers departure, the midfielder struggled for regular game time under Klopp and would eventually join Stoke City in 2017.

A supremely talented teen five years ago, Sterling's Anfield love affair would eventually sour after protracted contract negotiations failed to see the youngsters demands the season after. He completed a deal close to £50 million to move to Man City at the beginning of the '15-'16 campaign and picked up his first Premier League title last season. His superb form this season will go a long way to haunting his former employers should City pip Klopp's side to this year's crown. 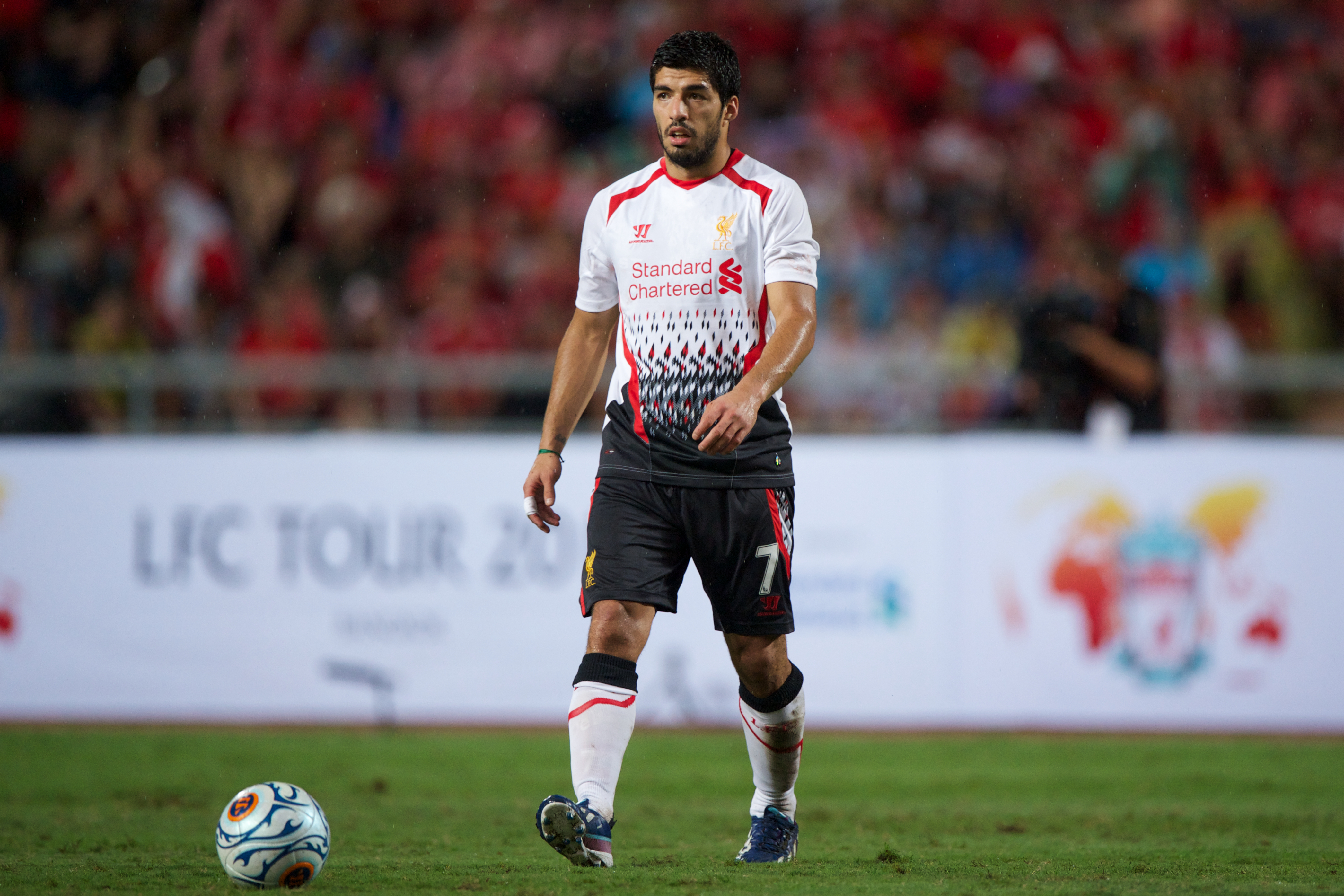 A prolific goal-scorer in his time with the Reds, Suarez would swap Merseyside for Barcelona only months after the April '14 clash. Now 32, he returned to England this week to play a major role in the Catalan side's victory over Man Utd in the Champions League, that Liverpool fans got very excited about.

The Brazilian wonderkid was still in his infancy in 2014 but would follow teammate Suarez to Barcelona eventually in January 2018 in a colossal deal worth £142 million. Although rumours are rife that he may leave the Camp Nou this summer after failing to regularly hold down a first-team place, with Manchester United being a touted destination.

Who? Ah yes, one of the most laughable Liverpool acquisitions in recent times, Spaniard Aspas lasted one season at Anfield scoring a grand total of zero Premier League goals before being shipped to Sevilla on loan at the start of the 2014-15 campaign. A year later, he permanently returned to boyhood club Celta Vigo.

Like Johnson, Sturridge had won a Premier League title with Chelsea, but with Carlo Ancelotti in 2010 before making a move to Anfield in 2013. Formed a deadly partnership with Sterling and Suarez for much of the title-tilt season but found his place continually under threat with the emergence of Coutinho. Still at Anfield, but, despite only being 29, injuries have curtailed recent successes.

The enigmatic Portuguese currently finds himself out of football, having been sacked by Manchester United in December past. Mourinho would pick up three Premier League titles in two spells at Chelsea and has been one of the most influential characters of the Premier League age.

The 2014 tie proved a milestone for the Australian, drafted in to take the place of the injured Peter Cech for the crucial fixture. His clean sheet would prove to be his 150th in the Premier League, a feat that has only be achieved by the aforementioned Czech and David James. Finished his 25-year professional career at Leicester City, but whilst the Foxes went on to clinch a magical Premier League crown in his sole season at the Kingpower, the veteran failed to make a Premier League appearance. 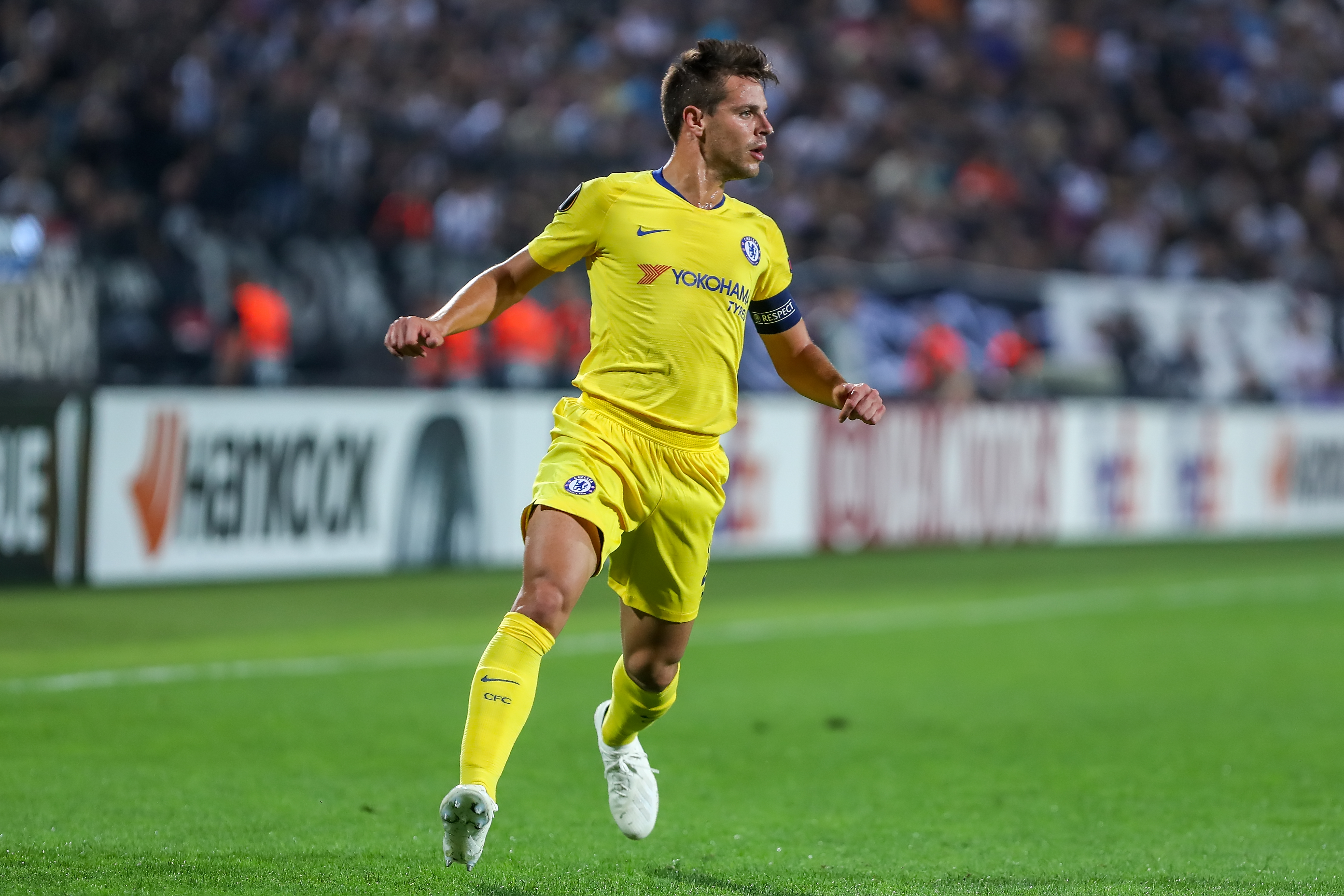 The man they call Dave, the Spaniard has forged a career at Stamford Bridge based on blending tough tackling with excellent ball-playing skills. Often captains the Chelsea side these days as club captain Gary Cahill's days look increasingly numbered.

A no-nonsense Serbian who seemed absolutely no craic whatsoever. Had to feel for him though when Geoff Shreeves dropped the Champions League Final ban news to him in 2012. Now 35, he left Chelsea in 2017 for Zenit St Petersburg with whom he still turns out.

If you were in any doubt of the weakened nature of the side that left Anfield that Sunday with all three points, then the inclusion of the Czech centre-half should settle any argument. It has been one of only two appearances he ever made in a blue shirt in the Premier League, and whilst still contracted to the club, he has been one of many assets used as loan fodder. This year, he's been at Bristol City in the Championship.

Arguably the greatest English left back of all-time, the Anfield visit would prove one of Cole's last for Chelsea. Having spent 18 months in Italy with Roma, he teamed up with LA Galaxy in January 2016 where he spent three years before returning to Derby County in the latest transfer window, aged 38.

Another Serb in the Chelsea ranks that year, Matic played a pivotal role in guiding the Blues to Premier League titles in 2015 and 2017 before making the move north to Manchester United. Now into his second season with the Red Devils, he has struggled for form and fitness and could be on his way out this summer.

Can you believe this lad is only 31? Seriously thought he had retired when he simply disappeared from our screens at the end of the 2016-17 season. Turns out he took himself for a Chinese payday adventure. Returned to England in the January transfer window when Middleborough signed him and is part of Tony Pulis' side's push for promotion.

A Premier League great and Chelsea legend, Lampard picked up thirteen major honours in as many seasons at Stamford Bridge, before moving on to New York City and Manchester City in the twilight of his playing career. The 40-year-old now manages at Derby County where he bosses former colleague Cole. 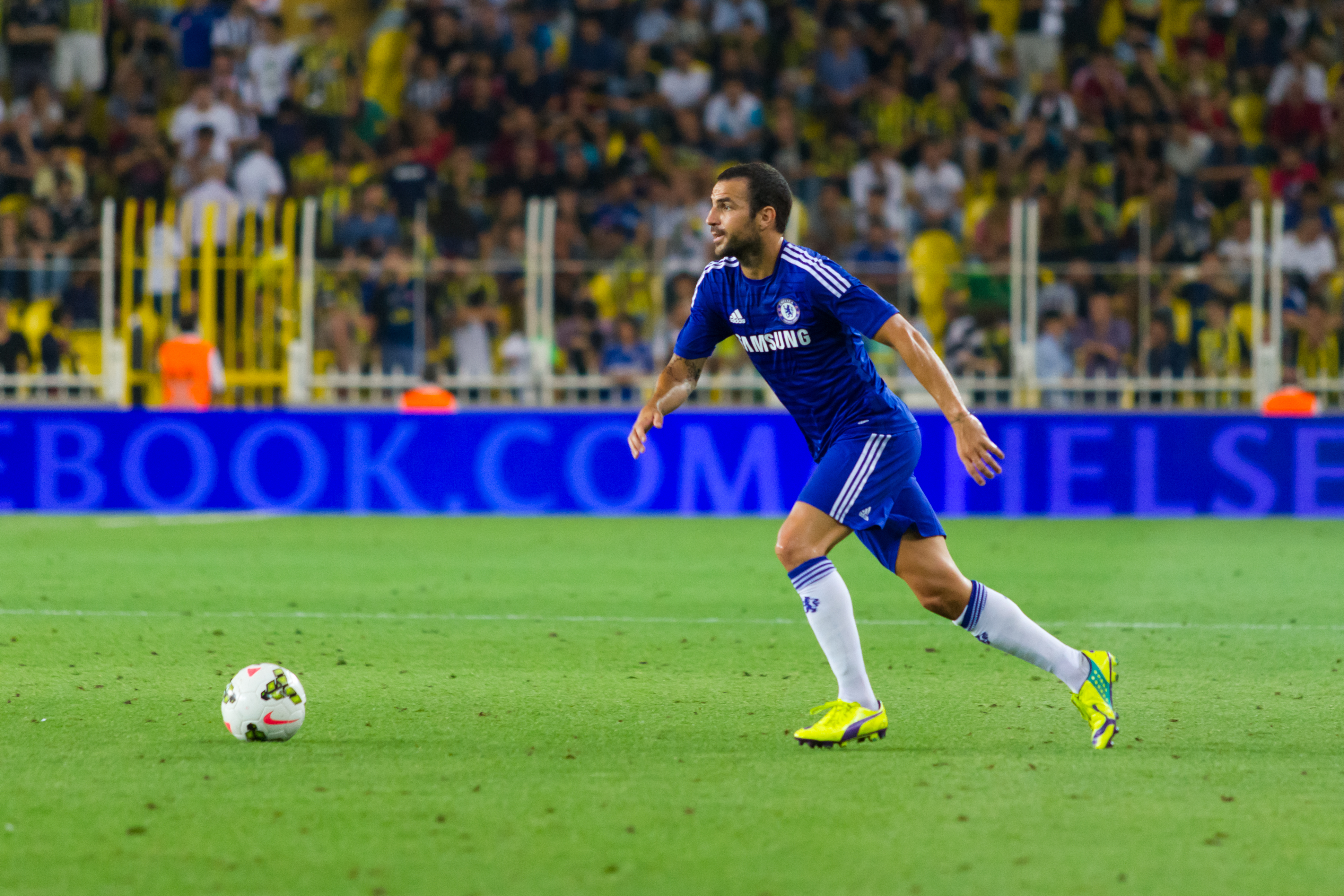 Oh, the irony. The most beautiful, most poetic irony that on Liverpool's most heart-breaking day of the Premier League lives that within the opposing ranks would be the man that their fans now hail a 'king'. Since his troubled time at Chelsea, Salah refound himself at Roma before becoming one of the game's contemporary stars under Klopp at Anfield in what has been a tremendous two seasons. However, the question remains will the Egyptian lead his current side to Premier League glory this season.

The Senegalese frontman was the beneficiary of Gerrard's infamous stumble, on hand to put the Blues into the lead five years ago. He left English football at the end of that season and has since split his time between Turkey and China, turning out for Besiktas in two spells, Shanghai Shenhua in two spells as well as Goztepe and Istanbul Basaksehir.

Schurrle would endure a difficult time at Stamford Bridge under Mourinho and he certainly wasn't the only one. In the midst of everything, he did manage to win World Cup and Premier League medals whilst in West London. Moved on to Wolfsburg and Borussia Dortmund, before spending this ill-fated season on loan at Chelsea's near neighbours Fulham.

A former darling of the Kop, Torres became a villain for the Liverpool faithful when sealing a £50 million move to Chelsea in January 2011, in a British record deal. Never recaptured the same form thereafter, and would go on to play for Milan and hometown club Atletico Madrid before moving to Japanese side Sagan Tosu at the start of this season.

Another who has had the decency to stay put, Willian could well make a claim for a starting berth in Maurizio Sarri's side this Sunday. Back in 2014, the Brazilian settled matters with a 94th-minute breakaway goal to seal the tie and smash Liverpool's title ambitions.

The current Chelsea club captain, he has played a paltry 21 minutes of Premier League football all season under Sarri and looks sure to be let go at the end of the season. Has been linked with Liverpool in the past, so watch this space.