Liverpool's Heroes From Istanbul: Where Are They Now?

Today marks the 16th anniversary of the greatest European Cup final of all time, with Liverpool pulling off the most remarkable comeback to win defeat AC Milan in Istanbul.

That Milan team was one of immense quality, featuring some of the best players in the world at pretty much every position. Contrast that to the Liverpool side, one which had spluttered to a fifth-placed finish in the Premier League that season.

Still, they pulled it out of the bag during six remarkable second half minutes, going on to claim the win via penalties. A decade-and-a-half later, where are those Liverpool players now? 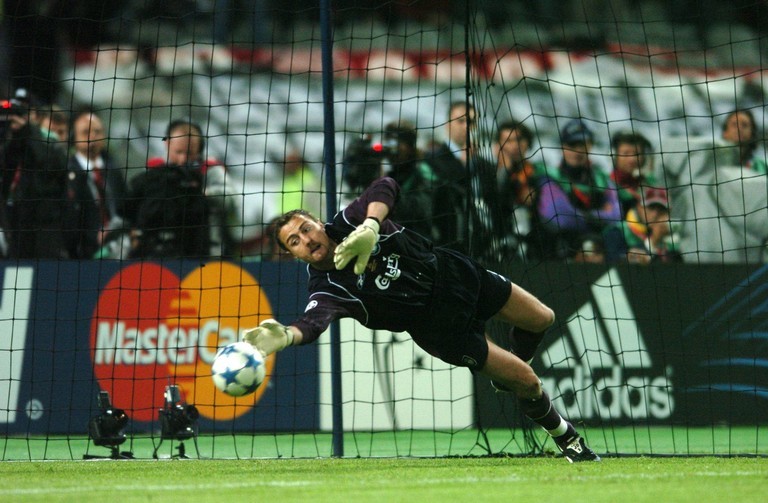 Jerzy Dudek had a very up and down time during his Liverpool career, but there is little doubt that this was by far his greatest moment with the club. The double save he pulled off from Andriy Shevchenko in extra time, followed by two saves in the shootout ensured he would be etched into the Liverpool history books.

This would also be his last game as first choice goalkeeper under Rafael Benitez. He would be replaced by Pepe Reina and left for Real Madrid after two years acting as the Spaniard's deputy. He made 12 appearances in four seasons in the Spanish capital, hanging up his gloves in 2011 at the age of 38. Oddly, he would play one final game for Poland in 2013.

He has not turned away from football in his retirement, now focusing more on his first love of motor racing.

Finnan was a great player for Liverpool, but he has joked that it was his substitution at halftime that allowed them to win the European Cup. Finnan had a slight injury, and the physio informed Rafa Benitez he would not last 45 minutes. When Benitez then changed his substitution from left back Djimi Traore to right back Finnan, the Irish international was not happy. As Benitez put it years later, "he wanted to kill the physio!"

There is no doubt that Didi Hamann changed the game after replacing the Irishman, who would go on to spend a season at both Espanyol and Portsmouth before retiring in 2010.

Finnan all but vanished off the face of the earth after retiring, with Liverpool officials even failing to track him down for the ten-year anniversary of the win in Istanbul. Apparently he spent some time in Gambia leading irrigation projects, before moving to London and working in the property development industry with his brother Sean.

Unfortunately, things haven't gone well recently, with the collapse of his company, and a reported dispute between the brothers.

It was reported in October that Finnan put his Champions League medal up for auction, as well as a signed jersey from the game, and a number of other items of memorabilia from his career. 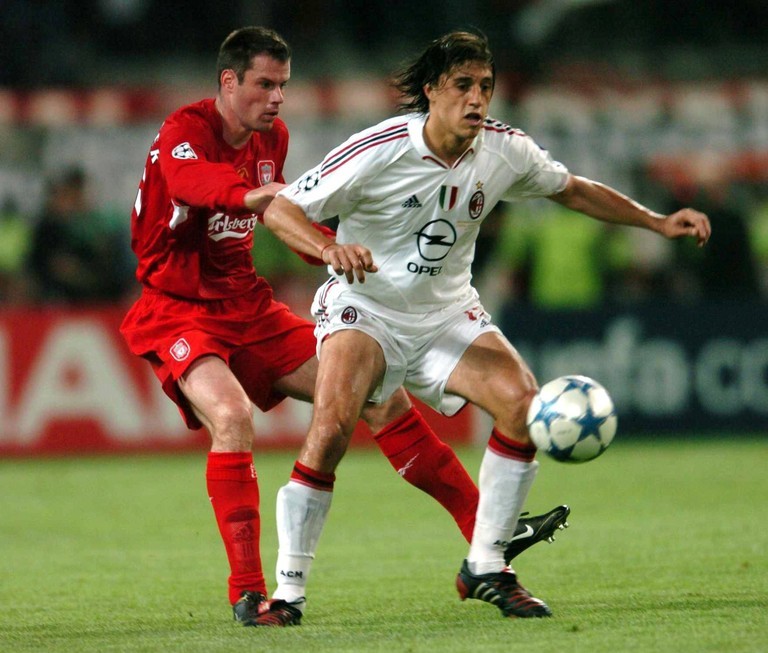 Carragher put in a heroic shift at the back during the final, and somehow managed to be the first player to reach Jerzy Dudek at the end of the shootout despite spending the whole of extra-time battling cramp.

The defender would go on to stay at his boyhood club until retiring in 2013, making 737 appearances, the second most in Liverpool's history.

Carragher is probably the most visible member of this team, moving into a highly successful role as a pundit with Sky Sports after his retirement.

Hyypia spent ten years at Anfield, going down as one of the biggest bargains in club history after his £2.6million move from Willem II in 1999. He played for two years at Bayer Leverkusen after leaving Merseyside in 2009, before quickly moving into coaching.

He spent two years in charge of Leverkusen from 2012-2014, before unsuccessful stints at both Brighton and FC Zürich. He has mainly been out of the public eye since his last managerial gig in 2015, although he did take part in the Sean Cox charity match at the Aviva Stadium a couple of years back.

He put in a decent performance by all accounts...

Often pointed at as one of the worst players to win a Champions League medal in many a year, Traore actually played a pivotal part in the final. He got a roasting in the first half but his goal line clearance in the second period kept his team in the game.

Traore lasted one more year at Anfield before moving to Charlton Athletic in 2006. He would go on to bounce around a number of different clubs, including the likes of Monaco and Birmingham City, before retiring in 2014.

He has been an assistant coach at Seattle Sounders since 2016. 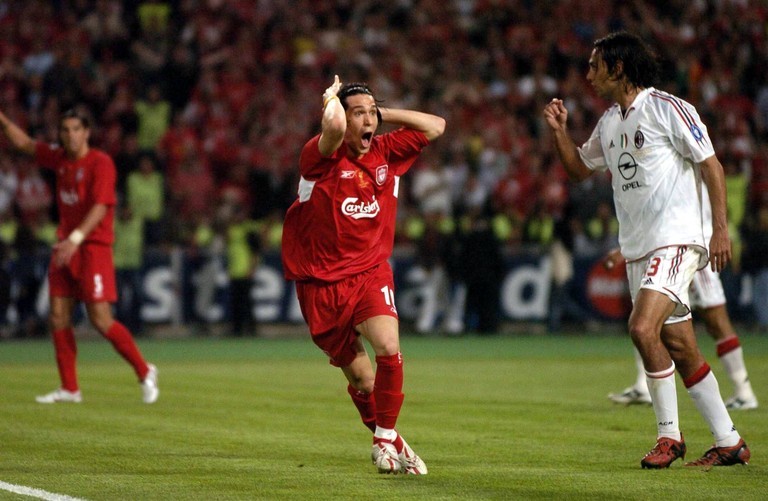 The scorer of some incredible goals in the run to that final in 2005, Garcia didn't really hit those heights in his subsequent seasons at Liverpool. He moved to Atletico Madrid in 2007 for £4million, possibly greasing the wheels for Fernando Torres's move in the opposite direction.

He became a real journeyman in the second half of his career, taking in stops in Greece, Mexico, India, and Australia before eventually retiring in 2016.

He has appeared as a pundit on occasion in recent years, but seems to spend most of his time posting photos of his impressive physique on his Instagram page.

One of the few players on this team whose careers did not peak in Istanbul, Alonso would go on to spend over a decade at the summit of European football.

He joined Real Madrid for £30million in the summer of 2009, winning a La Liga title and a Champions League during his five years at the Bernabeu. He was also a key payer for the all-conquering Spanish teams at the turn of the decade, racking up a World Cup and two European Championships along the way. He spent the final three years of his career at Bayern Munich, winning three consecutive league titles.

Alonso spent a year coaching in the Real Madrid academy after retiring, before taking a the position of Real Sociedad 'B' team manager in 2019. He is enjoying life in San Sebastien. 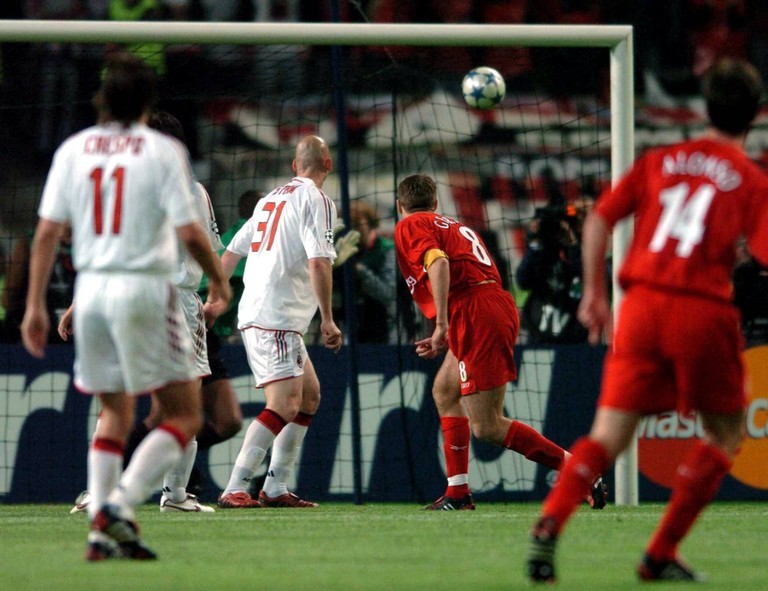 The man who turned it all around with that first goal to spark the comeback, Gerrard would win only two more major trophies during his time at Liverpool; the FA Cup in 2006, and the League Cup in 2012.

He is remembered by many fans of opposition clubs for the slip that contributed to Liverpool falling apart in the 2013/14 title race, and would spend one more season at Liverpool before departing in 2015.

Gerrard returned to the club as head coach of their under-18 side, impressing Jurgen Klopp with his coaching skills. He would go on to become manager of Rangers in 2018, and after a sometimes shaky start, he very much came of age this season. Gerrard's team ended Celtic's hopes of 10-in-a-row in Scotland in the most emphatic fashion. They went the entire league season unbeaten and finished 25 points clear at the top of the table.

He may have missed a penalty in the shootout, but Riise's played a key role in getting Liverpool back in the game with an inch-perfect cross to set up Steven Gerrard's header. The left back come left midfielder was a key player during the first two seasons under Benitez, before getting beaten with a golf club by Craig Bellamy, dropping down the pecking order and moving to Roma in 2008.

He would have a spell at Fulham, as well stints in Cyprus, India, and Norway before retiring in 2017.

He had a three-month stint as sporting director at Maltese club Birkirkara, but left the role for personal reasons. Last year, aged 40, he moved into management, taking over Flint Tonsberg in the Norwegian third tier. It's a job he appears to be doing well in, though it might not exactly be a long term option, if the club's "sports manager"is to be believed.

He is cordially present in Flint. But he has ambitions to go further than what we in Flint have. We live well with that. And both he and we have taken this into account.

A surprise starter in the final, Kewell would be plagued by injuries during his time at Liverpool. After being withdrawn after 23 minutes due to injury, the Australian would go on to start the FA Cup final a year later only to be substituted due to an abdominal problem, an injury that would keep him out for almost a year.

He came back for the last two games of the 06/07 season and would remarkably play once again in the Champions League final in 2007, this time from the bench.

Kewell left Liverpool in 2008, moving to Galatasaray, having spells in Australia and Qatar before retiring in 2014. He has since moved into management, having spells in charge of Watford's U23 side, Crawley Town, and Notts County. In August last year, he took over League Two's Oldham Athletic, along with his assistant, former Irish international Alan Maybury, but was sacked in March with the club in 16th place.

Milan Baros would leave Liverpool in August of 2005, moving to Aston Villa for £6.5million. He would join Lyon in 2007 to link up with former Liverpool boss Gerard Houllier, before spending five years at Galatasaray. With the exception of one season, he has been playing in the Czech Republic since 2013.

At 38-years old last year, after his fourth spell at boyhood club Baník Ostrava, he became the final Liverpool player to feature in this game to retire from professional football, although Scott Carson was on the bench and is bizarrely now on loan at Manchester City where he just picked up a Premier League winners' medal.

Baros is still playing ball though, albeit at amateur level, banging in the goals for local club FK Vigantice. 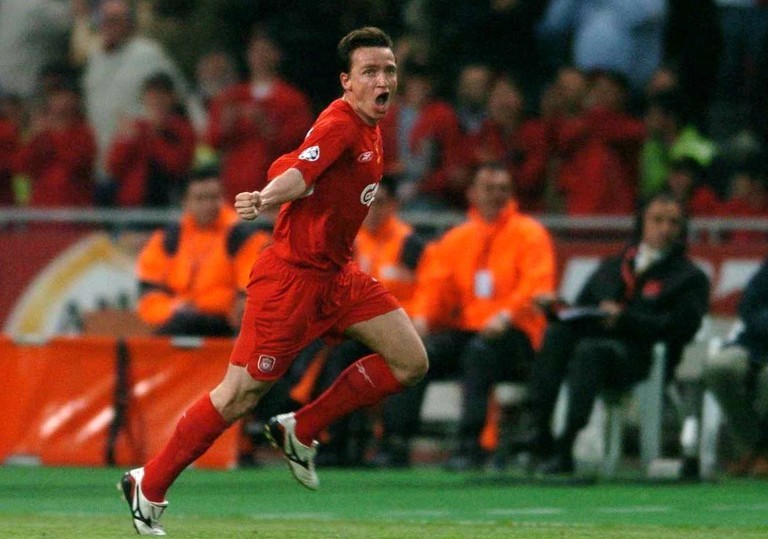 Smicer would make his final appearance for Liverpool in Istanbul, scoring the vital second goal as well as one in the shootout.

The Czech international joined Bordeaux that summer, before spending two years at Slavia Prague and retiring in 2009. Smicer has been fairly quiet since retiring, although he has been a regular on the 'Liverpool legends' circuit, appearing in the game in Dublin in 2019.

He lives in Prague, and recently opened a hotel in the city called the Dancing House Hotel.

Many feel that Hamann's introduction was the one that changed the game, with the German locking down Kaka after his halftime introduction. He also scored a penalty in the shootout despite having broken his metatarsal late in extra time.

Hamann thought this would be his last game at Liverpool but he would go on to spend one more season at Anfield before joining both Bolton Wanderers and Manchester City in the summer of 2006. He retired in 2011.

He went on to be part of Sven-Goran Eriksson's staff at Leicester City and also had a brief spell in charge of Stockport County. Now his best known as a pundit, making regular appearances on RTÉ's Champions League and international football coverage before lockdown, and still appears as a regular with Eamon Dunphy on his "The Stand" podcast.

Liverpool's final substitute, all of whom scored in the shootout, Djibril Cisse was Liverpool's record signing during this period. He scored in the 2006 FA Cup final, but would leave the club on loan that summer.

Cisse became somewhat of a journeyman in his later years, playing for 11 clubs between 2007 and 2019. He played in the Premier League twice more, with QPR and Sunderland.

He retired in 2019 after failing to make an appearance for Italian club Vincenza, As of this year though, Cissé, who is 39, is now back playing football, albeit at an amateur level, much like his former teammate Baros. In April, he signed for Panathinaikos Chicago in the National Premier Soccer League in the States.

SEE ALSO: The 13 Most Iconic Signings Of The Liverpool Banter Era