Quinn's Swedish Experience Has Teachings For All Irish Sport

Nearly six years ago, Louise Quinn was part of a phenomenon in women's sport in Sweden. In early 2013, she joined Swedish second division side, Eskilstuna United.

“When I first went to Eskilstuna, there were 200 people at a game,” said Ireland international Quinn at the launch of the 20x20 initiative last week.

How did they do it? It was simple strategies - ones which could be applied to many situations - which helped grow the club’s supporter base.

The club set out for us to be role models and advertise ourselves - going to all the community events, going to the schools, our social media, having little player cards that you can give out.

It started building a fan club, they were able to sell merchandise. It really grew the game and that started a girl’s football academy in the town that was never there before.

We would go to it and we would be coaching 100 girls on a freezing Swedish morning where it’s minus four degrees. You’d be there, you’d do it and you loved it.

I didn’t speak great Swedish all the time, so I used to just wing it.

It was getting to the stage where us, as players, the club had to make a timetable for all of us to split up all the events and everything that we were going to.

Myself, I'd be doing something maybe once every two weeks but there was 18 girls so there was always something you'd be going to - the local shopping centre, a few different schools, and that was a consistent. There was a time where we were part of a bake-off and I got to judge cakes. It was just all these little things.

Obviously just going to the schools was so important and being there for the kids. Then that takes parents to be involved and if they see that their child is aspiring to be one of those players on the pitch, that's exactly what you want. It grows everything, it all comes hand-in-hand.

It's definitely an investment in time and hopefully can build up then and it will be an investment of money. I think it definitely just starts with a lot of personal graft and all of that stuff.

Quinn, who now plays for Arsenal, left the Swedish club in late 2016. By that time, the support for Eskilstuna’s women’s team had grown to become larger than the men’s.

That experience has informed how Quinn thinks about the game - she might have a future in marketing it.

A recent game between the Arsenal and Chelsea women’s teams - which Quinn’s side won 5-0 - had an attendance of 2,000. 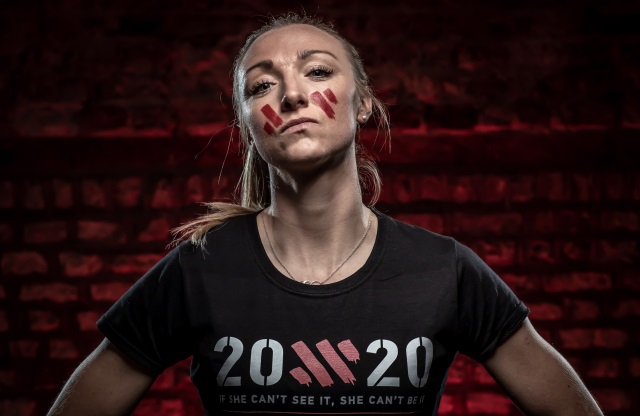 “That is quite good but it’s Arsenal vs Chelsea and it’s in London,” said Quinn.

“At the same time, there was no men’s football going on - there’s an international break; how can you get those fans involved?

“I just think of all those things I learned in Sweden and was a part of - how simple it can be.

“That’s exactly what you want to translate back to Ireland, to my club Peamount. It can be as simple as getting out to schools, doing coaching classes, getting involved in any sort of community action that you can. Once the community know you’re there, it can connect and bring everyone together.

“I’ve been lucky to have seen real growth. It’s something that I want to see with Peamount. I was there for ten years and we were a team that was winning trophies - that’s slipped off. In general, the National League needs that support and promotion. Peamount have the facilities and everything there, a lot of youth teams.

“These sort of initiatives can push it on. It’s about involving people, coaching them how to promote their clubs and having the people that are willing to put the time and effort in.”

Louise Quinn is pictured at the launch of 20x20, a new campaign presented by the Federation of Irish Sport and originated and developed by the creative agency Along Came A Spider and supported by Healthy Ireland is setting out to create a measurable cultural shift in our perception of women’s sport so that it will be seen as something strong, valuable and worth celebrating.

The campaign, championed by Ireland’s National Governing Bodies and Local Sports Partnerships, is calling on the people of Ireland and all those involved in Irish sport and physical activity to get behind female sport in a concerted effort to increase media coverage, boost attendances and ultimately, grow involvement in female sport and physical activity by 20% by the end of 2020.