The result may not have been the one that was hoped for on Thursday night, but it was still quite the occasion for Ireland's game against Slovakia.

Despite the freezing cold conditions in Tallaght Stadium and the opposition not being one of the more recognisable sides in women's football, a crowd of 5,164 crammed into the ground. It was only a few hundred short of the record attendance for this team.

It was yet more evidence of the growing support for this team in recent times. It is a long overdue development, with Women's National Team finally getting the treatment it deserves from both the FAI and the general public.

Speaking to the media after the draw against Slovakia, defender Louise Quinn summed up just how much it means to the team to see a big crowd come out and support them. The 31-year old also recalled the days in the not so distant past when that wasn't always the case.

We love coming to Tallaght. We love that even on the coldest night of the year, people are still coming. If not, we know that there are so many people at home watching.

We literally can't walk around the hotel or go for a walk in the park without people saying good luck or that they can't wait to watch.

It's just what you love to hear. We're growing this game and we're very proud of it...

No absolutely not (the support wasn't always like this). People used to be like 'who are that group of people in those tracksuits?'

Honestly, they would almost be laughing at you and asking 'why are you all wearing the same clothes?'

We would be like 'oh we're the Irish team'.

It's a pleasure to be a part of it, it really is. It's heartwarming and we know the support that we get from everywhere is unbelievable.

We're only going to take it further and we know we can keep going with this. We need to keep the belief in the fans and keep going in this group. 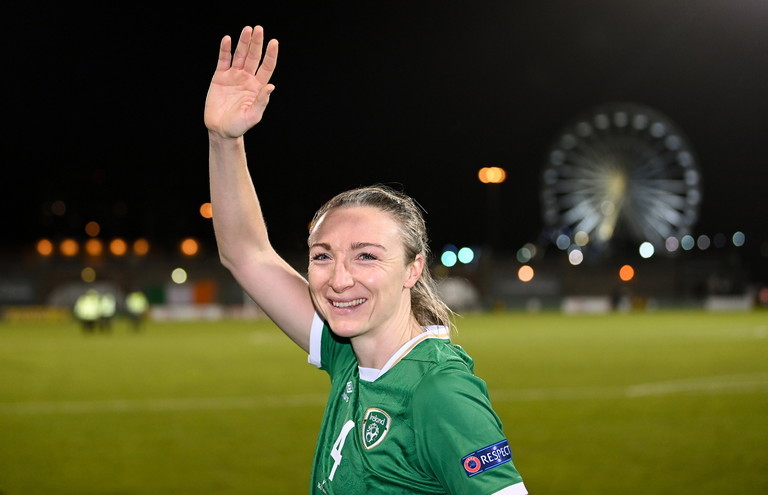 Quinn played a massive part in the Slovakia result, putting in a dominant display at the back. She also came very close to scoring at the other end, with her header from a corner well saved by the opposition goalkeeper.

However, it was her miraculous goal line clearance turned the most heads. With both sides chasing the game late on, the Birmingham City player pulled off a brilliant piece of defending to keep Ireland on level terms.

Despite having had some time to process the incident, Quinn wasn't exactly certain as to how she kept the ball out of the net.

Can you tell me about it? I don't know what happened!

I saw the girl close Courtney so I just thought 'right, I'm going to go and get myself on the goal line and hope to god she hits it at me'.

I don't know where it hit or whatever, but it feels as good as a goal sometimes. It keeps us in the game and can hopefully sway that momentum as well.

She will be hoping she won't have to make a similar intervention when Ireland host Georgia on Tuesday a night, a game that is a must win if Vera Pauw's side are to finish in the top two of the group.

They are sure to have another sizeable crowd cheering them on on the night.

SEE ALSO: Frank Lampard Has Weighed In On That Old Gerrard & Scholes Debate 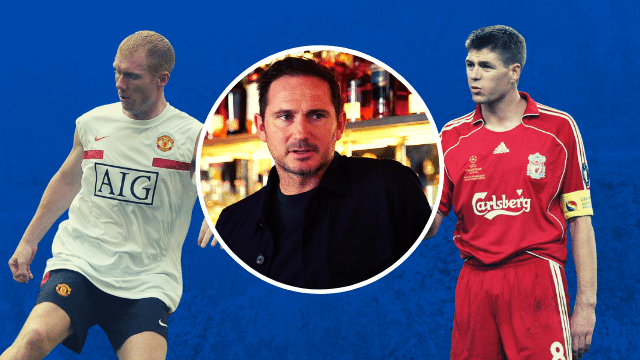