Football
May 3, 2022
By Gary Connaughton

Can you remember a January transfer having a more immediate impact than Luis Diaz? There have been some brilliant signings made in the winter window down through the years, but few have fit more seamlessly into their news teams than the Colombian has done at Liverpool.

For a while there, it looked as though Jurgen Klopp's side were about to throw away an opportunity to reach the Champions League final.

Having entered their semi-final second leg against Villarreal with a commanding 2-0 lead, it was expected that they would have little trouble booking their place in the decider in Paris.

However, an excellent performance from the hosts in the opening 45 minutes meant to the tie was very much back in the balance.

Liverpool are on the ropes in the #UCL as Villarreal draw level on aggregate 👀 pic.twitter.com/bVP7HoMKxI

Only one team had the momentum at this point, with Liverpool begging for the interval. Once it arrived, it was always likely that they would make some personnel changes.

It was a bit of a shock to see the winger left on the bench to start this game, although he has shown in the last couple of months that he has no issue impacting the match as a substitute.

His influence on the side was obvious immediately. Whereas Liverpool had struggled to make the ball stick up front in the opening half, Diaz changed all of that. Not only did he retain possession, but he also put the Villarreal defence on the back foot by attacking them on the dribble.

This completely shifted the momentum in the game.

Fabinho's goal was quickly followed by Luis Diaz grabbing one of his own, all but killing off the tie as a contest.

Liverpool are on their way to another #UCL final 🔜 pic.twitter.com/FWCPAneRxk

Sadio Mane's strike a few minutes later would ensure that Liverpool will be lining out in the final on May 28th.

There should be no doubt about Luis Diaz's inclusion in the starting lineup for that fixture, or indeed any of Liverpool's matches over the remainder of the season. That start with the game against Tottenham this weekend, which will be yet another do or die game for this group of players.

The 25-year old is absolutely electric whenever he steps onto the pitch. Klopp can't afford not to have him play every pivotal minute in the weeks ahead as his side chase an unprecedented quadruple.

At an initial fee of £37million, he has already proven to be a massive steal. Arriving at a time when Liverpool's season looked to be stagnating to an extent, it is no coincidence that the team's form has experienced a dramatic uptick since his signing.

There is no doubt that he will play a key role for the club over the remainder of the campaign. Regardless of who else is named in the starting XI, tonight provided a timely reminder that Liverpool can't afford to leave Luis Diaz out of the side going forward. 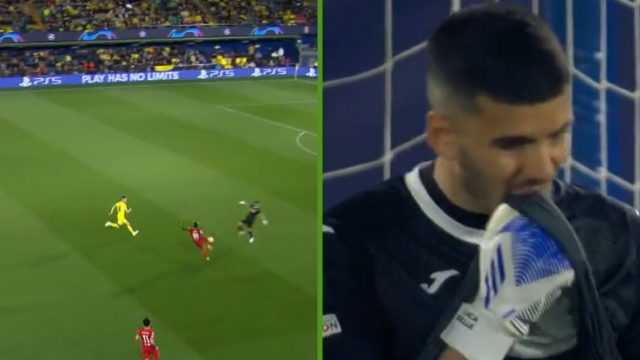