The abrupt departure of Luis Suarez from Barcelona last summer was certainly a surprise, but what was even more surprising was the club's choice to sell him to Spanish rivals Atletico Madrid. The decision to sign Suarez payed off for Atleti, who sealed the La Liga title today thanks to a goal from the Uruguayan - and he had some choice words for his former employers.

Suarez is moving towards the end of his career at 34 years old, and Barca seemingly didn't see the value in keeping him around for the season. The €6 million transfer fee seems astonishingly low looking back now, and Suarez clearly hasn't forgotten how Barcelona abruptly showed him the door.

"I'm just delighted the way Atletico have appreciated me. They've given me the chance to keep showing that I can perform on this stage." 🗣 pic.twitter.com/5mi2mcEULL

He spoke to LaLigaTV after scoring the goal against Real Valladolid that ensured Atletico's first title since 2014. It was an emotional interview, as Suarez fought back tears and detailed the struggles he and his family have experienced in Madrid.

It is an amazing feeling to perform in the final game of the season. My work is to help the team and pay them back by scoring goals. Atletico is a huge club and we have shown it this season. We have been the most regular performers and that is why we are champions.

Suarez went on to say that he had moved to Atletico to prove Barcelona wrong for selling him, and that he would always remember how Atletico took him in.

Barca didn't value me and Atletico opened their doors for me. I will always be grateful to this club for trusting in me.

The scenes on the pitch at full time were hugely emotional, and Suarez was captured on camera sobbing while on a FaceTime call, presumably with his family.

Just look at how much it means to Luiz Suarez! 🙌

A LaLiga champion once again 🏆 pic.twitter.com/GqoKONWScq

The Uruguayan has always been a controversial figure, but his rejuvenation at Atletico is an incredible sporting story. And, in years to come, we will all look back at the time Barcelona sold Luis Suarez to their direct title rivals, in order to make room for Martin Braithwaite. And we will laugh.

SEE ALSO: Shay Given Explains How Roy Keane Was Out Of Sorts Well Before Saipan Issues 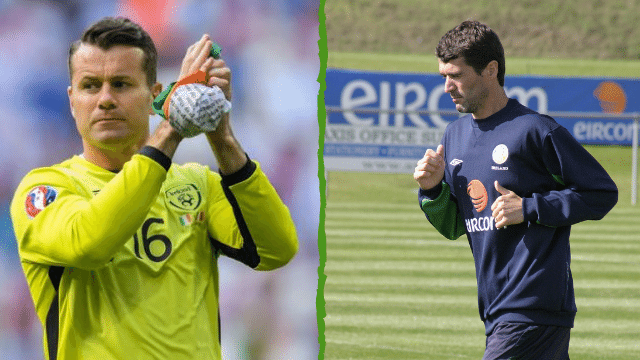