When Luis Suarez and Barcelona parted ways in the summer of 2020, few could have predicted how their fortunes would diverge over the following year or so.

Not only would Suarez fire Atletico Madrid to the La Liga title last season, but his old club would find themselves in the midst of a financial crisis that would see them become a shadow of their former selves.

Of course, the circumstances in which the Uruguayan left the club never sat well with him. The striker was keen to continue at the Camp Nou, only for Ronaldo Koeman to tell him he had no future at the club via a phone call.

Suarez would come back to bite his former club once again yesterday, scoring in a 2-0 win for Atletico as Koeman watched on from the stands.

Some also felt that his phone call celebration was a dig at the Dutchman, mocking him for the way he dumped him from the club last year, or perhaps due to the fact that Koeman was forced to communicate with his coaching team via a phone for this fixture.

Luis Suarez has his goal against his former team! 🔥

With that strike against Barcelona, Suarez has now scored against all 31 LaLiga teams he's faced in his career 🙌 pic.twitter.com/RHsBkqOCyT

Luis Suarez was told over the phone by Ronald Koeman that he wasn't in his plans. Tonight, he scored against Barcelona and made this gesture 📞👀

Koeman's reaction to Suarez's goal was full of regret 🤐 pic.twitter.com/YwGhm32as6

However, the player himself insists this was not a dig at Koeman, but instead something he had made up with his children. He also admitted his celebrations were muted due to it being against his former club.

It was for the people who know I have the same number, so they know I'm still on my phone.

It was something I had agreed on with my kids...

I knew if I scored I wasn't going to celebrate.

Yeah, we're not buying it either.

Suarez has openly admitted in the past just how much Koeman's treatment had affected him, meaning we would not be one bit surprised to see him mock him here. 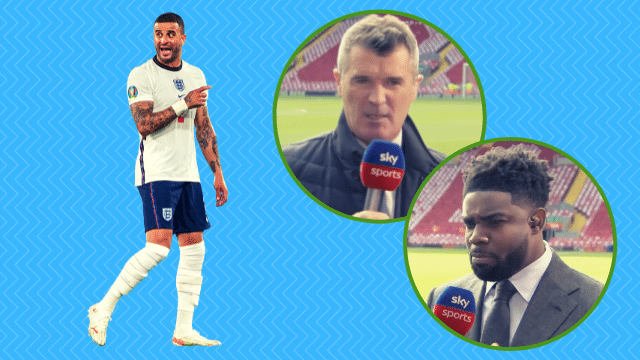 Football
1 month ago
By Michael Bolton
Atletico Madrid President Hits Out At Guardiola's 'Prehistoric' Tactics
Football
1 month ago
By Michael Bolton
Scott Carson Made A 'Take It Outside' Offer To Vrsaljko During Tunnel Scrap
Football
1 month ago
By Gary Connaughton
The BT Sport Coverage Of The Atletico Madrid & Man City Altercation Was An Absolute Farce
Popular on Balls
Rugby
2 days ago
By Colman Stanley
'That Pace, That Intensity, That Organisation' All Black Legend Has High Praise For Leinster
GAA
2 days ago
By PJ Browne
Cusack Has Little Sympathy For Gearoid Hegarty After Red Card
Football
10 hours ago
By Colman Stanley
Wagatha Christie Trial Sheds New Light On England's Euro 2016 Disaster
GAA
16 hours ago
By PJ Browne
GAA President Explains Why Tailteann Cup Won't Be All-Ireland Curtain Raiser