Luka Modric Calls Out English Arrogance Ahead Of Euro 2020 Opener

It is the eve of England's first game at a major tournament and you know what that means: the hype machine has gone into overdrive.

The English press have spent the last number of years saying England will be outsiders for this tournament, but now that it is about to get underway for them, many can't possibly see how any team could the quality of Gareth's boys.

This mindset has set them up for disappointment on many occasions in the past and you wouldn't be at all surprised to see it happen once again this year.

There is no doubt that England have some brilliant players heading into the Euros, but those across the water often seem to forget that this is often the case in other nations as well. If a player doesn't play in the Premier League or for Barcelona or Real Madrid, it is often presumed they couldn't be as good as what the English have to offer.

Of course, that is far from the reality.

In any case, those on the continent are well versed when it comes to this attitude in England.

Speaking ahead of their meeting tomorrow afternoon, Croatian midfielder Luka Modric said that there is far too often a sense of arrogance from the English media.

Luka Modric on England: "That arrogance is not so much related to the players but the people around them, some of the journalists and commentators."#euro2020 #eng #cro

That arrogance is not so much related to the players but the people around them, some of the journalists and commentators.

It is certainly difficult to argue with that assessment.

Modric has spoke about this subject in the past, most notably after the World Cup semi-final in 2018. After that Croatian win, he called out the English press for the way they had spoken about his side in the buildup to the match:

English journalists, pundits from television, they underestimated Croatia and that was a huge mistake. They should be more humble and respect more opponents.

All these words from them we take, we were reading and we were saying, 'OK, today we will see who will be tired'.

Will history repeat itself in 2021?

SEE ALSO: Rio Ferdinand Has An Interesting Theory On Italy's Lack Of 'Superstars' 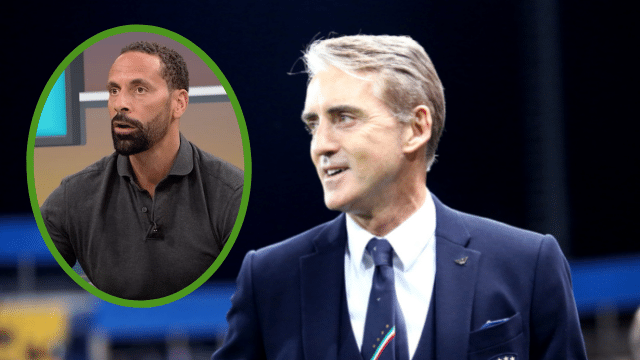