Luxembourg Are Nowhere Near The Pushovers Of The Past

It has none of the joie de vivre of Lupin, Netflix’s intoxicating conman caper inspired by Maurice LeBlanc’s early 20th century fictional creation, but Capitani, a Luxembourg created and produced murder mystery, has an engaging narrative once given a chance.

Luxembourg is not renowned as a heavyweight in procedural police dramas. But how much do we really know about Luxembourgian taste for the small and big screen, except for maybe Christophe Wagner’s smart and layered thriller Blind Spot? Just because we're ignorant of it doesn't mean it doesn't exist.

Which brings us to Luxembourg's football team, traditionally the whipping boys of European football. Are they, for example, good enough to travel to Belgrade and come away with a respectable 3-2 defeat, as Ireland did on Wednesday?  Well, in fact, they are, and they did.  At the tail-end of their Group B Euro 2020 qualifying campaign, they created chances and despite a paltry crowd that could be mistaken for that of the Covid-era, the 1,500 home crowd were not treated to the demonstration in steam-rolling that they might have envisaged.

Under the tutelage of Luc Holtz, himself a midfielder of the creative variety, Luxembourg are no pushovers. On the surface, they have something Ireland do not, two wins in their last six matches.

But reverting back to their European qualifiers, there were no thrashings. It’s unlikely anyone took much notice from an Irish perspective; but an opening 2-1 win over Lithuania at home, and an impressive 1-1 draw away in Vilnius three months later, were solid results. And that’s the point; solidity.

Portugal humiliated Lithuania in the same group 6-0, including a hat-trick for Cristiano Ronaldo. Ukraine hammered Serbia 5-0. But aside from a 3-0 defeat to Portugal, that was as bad as it got for Luxembourg. Even the reverse fixture in Stade Josy Barthel, only resulted in a comfortable for the visitors when Ronaldo scored a late second goal to gloss over an unconvincing victory.

For one Covid reason or another, Saturday’s visitors to Dublin could be without home-based veteran midfielder Chris Philips. It had been feared that Vincent Thill, who plays for Nacional, the struggling Portugese side, would miss out over an impasse on the clubs stance on the quarantining of players following international breaks. Thill however is now with the squad.

Ostensibly, an attacking right-sided midfielder, he is likely to play down the middle on Saturday evening. He could well cause problems for Ireland, and could be confident in doing so, having watched Ciaran Clark lose his positional awareness on the left-hand side of the triumvirate of central defenders on at least two occasions on Wednesday night against Serbia.

Read what you will into a Mohammed Muntari inspired win over Luxembourg for next year’s World Cup hosts, Qatar, in Hungary on Wednesday. An exercise in futility for everyone, except Qatar, who are hanging around Group A with as much purpose as Simon Harris in a Tik Tok video.

If Luxembourg line up in a variant of the 4-2-3-1 used in Debrecen, it is easily interchangeable with a 4-5-1 formation, with the possibility of Edvin Muratovic starting alone, up front, and energetically stretching Ireland on that, at times porous left-hand side when opportunity allows.

That Ireland need to win on Saturday, is like pointing out that an episode of Line of Duty needs to end on a cliffhanger. Unlike AC-12’s principled Ted Hastings {who lost his way in season 5 but is now firmly back in his groove}, Ireland have yet to find their way back to steady ground.

But in Kenny, Ireland have a manager with clear ideas. The overwhelming feeling from Wednesday is that Ireland has a philosophy now. It is a conscious effort to play, not quite with abandon, but with honest endeavour to pass effectively and without the fear that Ireland teams would have allowed themselves to default to in the past. 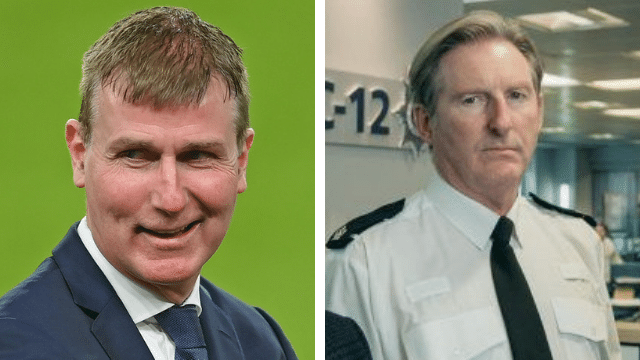 The backs against the wall ideology taken on road trips for too long by Ireland is hopefully now a thing of the past. Dependent on stoic defensive ideology and the hope that a set-piece will allow the theft of points in an approach underlied by fear.

A win is required, and it is attainable. There isn’t much to change. Jason Molumby took a while to get to grips with Dusan Tadic in Belgrade and despite growing into the game, eventually match sharpness dissipated. Jason Knight or Jeff Hendrick could be offered a chance.

But Josh Cullen and his  Wes Hoolohan trait of always looking for the ball, is certain to start. A completely different type of player on the surface maybe, but like the diminutive Hoolahan, he has similar valour in wanting the ball, and when receiving it, taking the responsibility to play it forward; rather than rolling it to a fullback and shirking any sense of accountability.

James Collins looked sharp on his introduction and he could see that energy and his hold-up play, bring about a start at the expense of Aaron Connolly who couldn’t marry his intrepid ways with his innate and capable talent. An inevitability of lack of first team football at Brighton and a slight curtailment of his verve that comes with confidence knocks.

Luxembourg are beatable, but not easily beaten.

Kenny, didn’t float up the Lagan in a bubble. He knows the pressure is on. But Saturday could and should be a turning point. Or maybe it'll be another building block. If the process of building something worthwhile is slow; it’s up to the rest of us to afford it the patience it deserves. 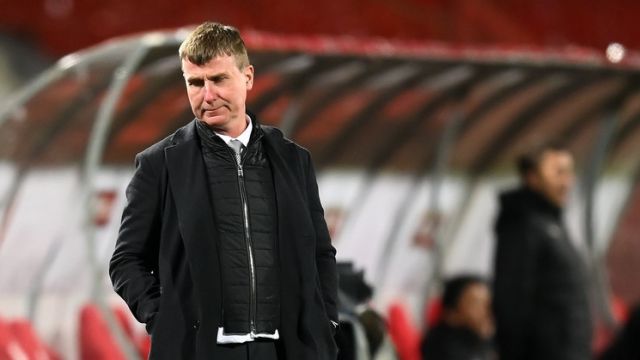