It's been three weeks since the proposed European Super League was on the table, and the thoughts of it had most football fans in absolute dismay.

The idea of the 12 'super teams' breaking away from UEFA, and devising a competition aimed at pure financial gain, had many up in arms.

Now, three weeks on, the majority of the original twelve clubs have redeemed themselves somewhat by pulling out of talks and apologising to fans.

Three clubs, however, have done little to spell much optimism by furthering the idea this weekend. In a joint statement - Real Madrid, Barcelona and Juventus have pledged to "preserve in the pursuit of adequate solutions."

📰 | UEFA is studying the punishment of the clubs who joined the European Super League. Initial reports suggest it could be a 2 year ban from UCL for Barça, Real Madrid and Juventus. [@moillorens] pic.twitter.com/LwDZfOTcKv

It looks likely that UEFA will carry out disciplinary action with the three clubs, whom have not withdrawn from the European Super League concept. In a joint statement by Real Madrid, Barcelona and Juventus, it reads:

The founding clubs have suffered, and continue to suffer, unacceptable third-party pressures, threats, and offenses to abandon the project and therefore desist from their right and duty to provide solutions to the football ecosystem via concrete proposals and constructive dialogue.

This is intolerable under the rule of law and Tribunals have already ruled in favour of the Super League proposal, ordering FIFA and UEFA to, either directly or through their affiliated bodies, refrain from taking any action which may hinder this initiative in any way while court proceedings are pending.

The ESL was trounced by fans of the respective clubs, in particular those in protest outside stadiums in England. Fans of Manchester United, for example, have continued their disapproval of the move in a longstanding mission to overthrow the Glazer family.

Despite the backlash, it seems that Real Madrid, Barcelona and Juventus are adamant that the fight for the ESL will continue, and are still exploring the idea to create a breakaway competition.

We would be highly irresponsible if, being aware of the needs and systemic crisis in the football sector, which led us to announce the Super League, we abandoned such mission to provide effective and sustainable answers to the existential questions that threaten the football industry.

We reiterate that, to honour our history, to comply with our obligations towards our stakeholders and fans, for the good of football and for the financial sustainability of the sector, we have the duty to act in a responsible manner and persevere in the pursuit of adequate solutions, despite the unacceptable and ongoing pressures and threats received from UEFA.

It took just 72 hours after the announcement of the Super League for nine clubs to withdraw from the competition. The concept not only faced fan objection, but governmental intervention too.

Regarding punishment for the clubs who put themselves forward, they are set to lose €15 million in a donation to benefit grassroots football in Europe. Five percent of their revenue from UEFA competitions will be withheld next year too.

Neither of them made it to the UCL final 🙃 pic.twitter.com/TyitByBVbZ

While UEFA have ultimately given a pass to those who have withdrawn, their tone is somewhat different regarding the punishment of the three teams who are still hanging on to the concept. Reports suggest Real Madrid, Barcelona and Juventus could be banned from the Champions League next year.

UEFA have said they will reserve "all rights to take whatever action it deems appropriate against those clubs that have so far refused to renounce the so-called 'Super League." They are referring the matter to UEFA disciplinary bodies for further action.

See Also: Damien Delaney Not Backing Down From United Criticism Despite Final Appearance 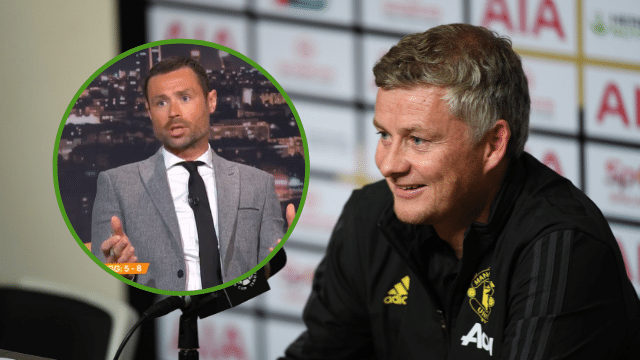