The Champions League quarter-finals are almost upon us, so we've decided to look back on the best last eight ties in the competition's history. Next up is the iconic 2019 quarter-final clash between English sides Manchester City and Spurs.

The tie was set up beautifully from the first leg - and what transpired in the second was to become a turning point for VAR's use in modern football.

Spurs side had been playing at Wembley for a year and a half as their new "Tottenham Hotspur Stadium" was completed. We're still peeved they didn't just stick with "White Hart Lane" as the name, but we'll let them away with it because the new stadium is a thing of beauty.

Having triumphed over Borussia Dortmund in the last 16 (with the home leg at Wembley), Spurs finally got their first European run out in the new ground in the first leg against City. The Lilywhites flew out of the blocks and an early strike from Son Heung-Min and a penalty save from Hugo Lloris gave Spurs a 1-0 lead to bring to the Etihad.

City deserved the loss on the basis of that god awful purple and orange away kit alone.

💥 A moment of magic from Son 🙌@SpursOfficial's most important player tonight? #UCL pic.twitter.com/bR1C5KjPEf

The second leg, however, was when it all kicked off.

Manchester City are a frightful prospect these days, as a winning machine. Their winningness was no different in 2019, but there was something different about the way the team played.

Nowadays, City boast three of the best defenders in the league in Joao Cancelo, Ruben Dias, and Kyle Walker. Their style of play is far more centred on efficiency and meticulous defensive planning than on exuberant attacking play.

In 2019, their play was far more traditionally "Guardiola-esque", with the Spaniard's free-flowing attacking football leading to the team scoring 106 goals in the league in the preceding season.

That is not to say there was not defensive efficiency in 2019, nor to say that Guardiola's side are not impressive going forward nowadays, but there was a very different focus to their play in that third season under Pep.

So, to the Etihad on April 17 2019. Manchester City, aiming to reach the semi-finals of the Champions League for only the second time. Spurs, aiming to do so for the first time ever.

Despite their lead, Spurs went into the game knowing that City would fly out of the blocks - and that is just what they did, with Raheem Sterling giving them the lead after only four minutes.

The only issue for the home side was that they weren't the only ones itching to get going in Manchester.

I can safely say I have never witnessed an opening to a Champions League game as chaotic and open as the first 21 minutes of this game, where five goals were scored and City ultimately came out 3-2 up - but, crucially, with Spurs ahead on away goals.

Sergio Aguero would put Manchester City 4-2 up and ahead on aggregate early in the second half, before the VAR controversy ensued.

Firstly, a third Spurs goal from Fernando Llorente was allowed to stand after a lengthy VAR review established that the ball had not made contact with the Spaniard's arm. It was a hugely contentious call, with different angles giving different answers to the question. Regardless, Spurs were now ahead and City had just over a quarter of an hour to find a response.

Deep in stoppage time came the killer for the Citizens. Sergio Aguero was set through, played it back to Raheem Sterling, who calmly stepped through the Spurs defence and finished off his hat-trick to make it 5-3 on the night and put City in to their second ever semi-final...

The dreaded words "VAR review" were flashed around the Etihad and, as quickly as the atmosphere had electrified, it was snuffed out as though a balloon had been popped. Words cannot quite describe how dramatic this moment was to witness live, as the elation of the Etihad completely shifted in the space of thirty seconds.

Suddenly, the goal was disallowed, and it was Spurs heading to the last four. Pochettino was ecstatic at full-time. Guardiola sunk to his knees as the referee blew the whistle. The 50,000 or so City fans were suddenly silenced, and the Spurs fans in the away end raucous.

The 2019 quarter-final tie was not only a thrilling game of end-to-end football, with brilliance on show from so many fantastically talented players, but it also represented the first real VAR controversy in club football in Europe.

There had been a contentious penalty call in the 2018 World Cup final, but the likelihood in that game was that France would have gone on to win regardless. Here, a contentious handball call was ultimately what knocked Manchester City out. That they would have a late winner ruled out for offside on VAR was the bitter icing on the cake.

In an ironic twist, when the clubs met in the Premier League that August at the Etihad, City once again had a late winner ruled out by VAR.

This was also an example of what made the away goals rule so brilliant in the Champions League. No other scenario in football presents the possibility of instantly moving from a losing position to a winning one - and this was perhaps the most dramatic of such moments in the competition's history.

It's unlikely we'll ever see a single leg of a Champions League quarter-final as dramatic as that 2019 tie between City and Spurs. Truly breathless from start to finish, this was the European tie that truly had everything. 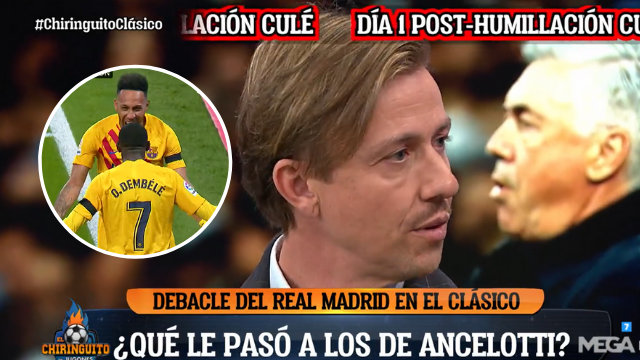