Manchester United fans have organised a plane carrying a banner to fly over Old Trafford next week during their Premier League clash with Tottenham Hotspurs.

Per the Sun, the banner will read  ‘ED OUT – LUHG’, calling for vice-chairman Ed Woodward's removal as well as the initials of 'Love United, Hate Glazers' slogan.

It comes amidst widespread criticism of the club's hierarchy after a dreadful transfer window. Throughout the summer, United boss Jose Mourinho made his displeasure at the lack of business obvious: "My CEO what I want for quite a long time, he knows what I want."

Despite this, a deadline day move for a centre-back failed and the club had to settle for the arrivals of Fred, Diogo Dalot and backup goalkeeper Lee Grant.

Recently fans have become more outspoken in their criticism of Woodward and Monday's protest is the latest escalation of that. The fans have organised a plane sign protest in the past, with calls for David Moyes' sacking vocalised on a banner in 2014. 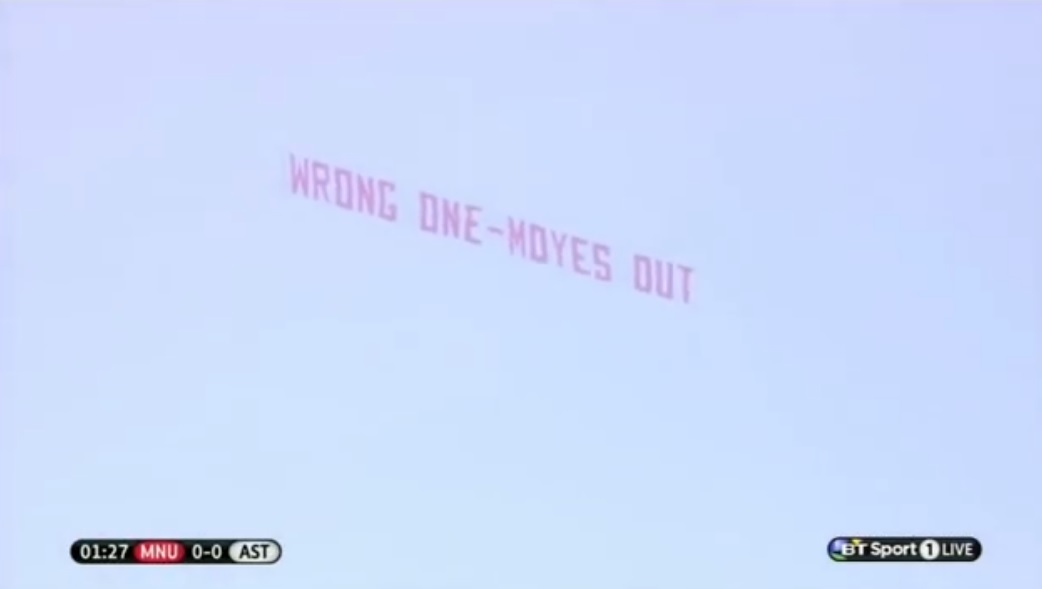 United got off to a strong start to the season with a victory over Leicester City, but defeat at the hands of Brighton has thrust the issue back into the limelight.

SEE ALSO: Man United Fans Rage Against The Board After Dreadful Transfer Window