No matter where they may sit in the table, Man United v Liverpool is always the headline tie of a Premier League weekend - or even a season.

This weekend sees the age-old rivalry resumed, with both clubs at important points that could define their seasons going forward - though affairs are somewhat different on Merseyside than they are for the hosts at Old Trafford.

Liverpool sit just a point off the top of the table in the Premier League, and the mercurial Mo Salah is in astonishing form. He sits top of the golden boot standings in the Premier League with seven goals, as well as four assists in just eight games. He also contributed two goals to their crucial Champions League win over Atletico in Madrid on Tuesday.

Things are different in Manchester. Despite a big and dramatic comeback win over Atalanta in the Champions League on Wednesday, doubts remain about whether manager Ole Gunnar Solskjaer is the right man for the job. A win against old rivals Liverpool would be a major push in the right direction for Solskjaer, as well as (just about) keeping Man United in touch with the title race.

Sunday's game is set up to play a pivotal role in the  So, to whet your appetite for Sunday game, we have set you the (impossible) task of naming the scorer of every goal in games between Man United and Liverpool since the Premier League's foundation in 1992.

SEE ALSO: Why Does No One Like Michael Owen? - The Only Evidence You'll Ever Need 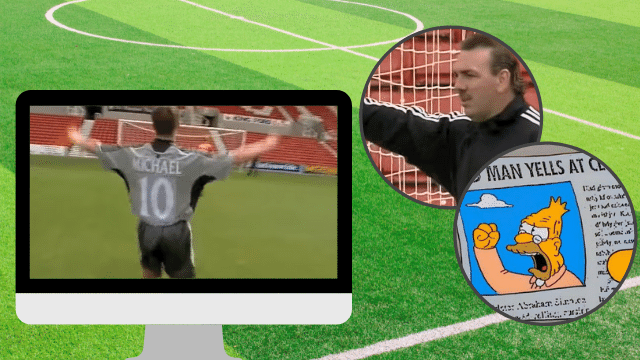