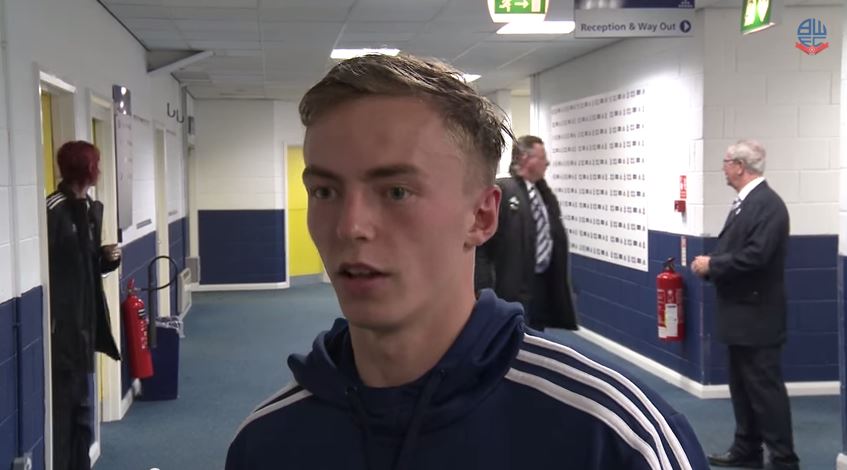 Manchester United have completed the loan signing of 21-year-old Andy Kellett from neighbours Bolton Wanderers, with Saidy Janko going the opposite way. Kellett has made just four appearances for Bolton and had, until three weeks ago, been on loan at fourth tier Plymouth Argyle where he had hoped to stay for the season.

According to The Bolton News, Kellett had been set to meet coach Garry Parker yesterday to see if that loan had been extended and was given the surprising news in the classic good news/bad news fashion;

Sit down Andy, We’ve got some good news and some bad news.

You’re not going back to Plymouth

United signed El Fitouri based on glowing recommendations from the United alumni that own Salford City, we're not sure how they they heard of Kellett buy it's possible United signed him based on this Giggs-esque wonder goal.

It's hard to see either Kellett or El Fitouri ever becoming regulars in the famous United shirt, their fans will rightly ask why the likes of Hummels or even Ron Vlaar were not pursued. Should United fall out of the top four, their transfer dealing will be placed under heavy scrutiny.

See Also: Counting The Cost Of A Fergie Transfer Dud In The Morning Sports Pages

Football
6 years ago
By Paul O'Hara
And The Award For Full-Kit Wanker Of The Century Goes To...
Previous Next