"Solskjaer becomes our interim manager, 20 seasons after clinching the Treble with THAT goal at Camp Nou," read a caption of a video on ManUtd.com. The page was soon deleted.

The Norwegian is expected to be unveiled as Jose Mourinho's temporary successor at some point today. 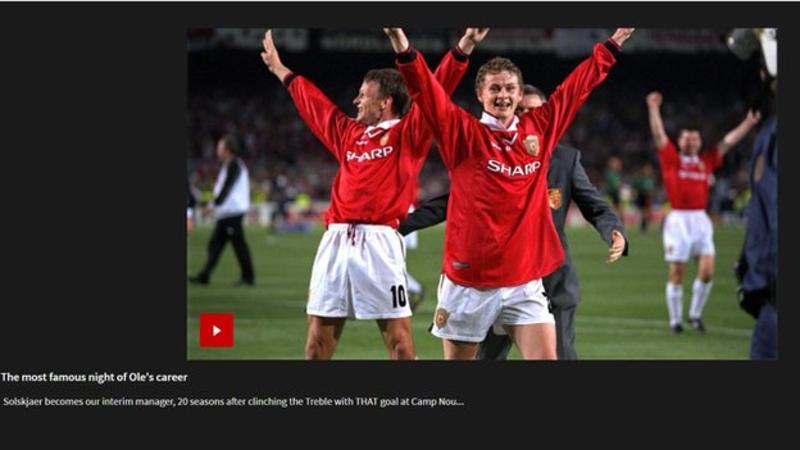 Solskjaer, along with Laurent Blanc, were the main contenders for the role following Jose Mourinho's sacking.

It was reported on Tuesday that Alex Ferguson's long-time assistant, Mike Phelan, will work alongside Solskjaer.

The 45-year-old former Man Utd striker - who scored 126 goals in 11 seasons at the club - is the manager of Molde. The club is currently on a winter break following the end of the 2018 season. The 2019 season does not begin until late March.