The signing of Virgil van Dijk transformed Liverpool from promising up-and-comers to genuine contenders for top honours. He has helped guide the club to Premier League and Champions League glory, establishing himself as perhaps the top centre back in world football in the process.

It was easy to forget just how much impact he had on the team at time, but his recent injury layoff has resulted in Liverpool looking like a far less dominant force.

Of course, the £75million fee paid to Southampton was widely ridiculed at the time. Liverpool seemed to be the only team willing to match the fee, something other clubs no doubt are now regretting.

He was linked with Manchester City and Chelsea at the time, but it appears that Manchester United also held an interest.

Speaking on Talksport earlier today, Charlie Austin revealed that van Dijk told him while they were teammates that United had opted to sign Victor Lindelof instead of the Dutchman.

🤷‍♂️ “At #SaintsFC I said to Virgil that surely Man Utd had to be in for him.”

😲 “Virgil told me it was between him & Victor Lindelof...”

I remember at the back end of his Southampton career, we were sitting on the bench together at Chelsea away. I said to him 'come on Virgil what's going on, surely Manchester United must have been in for you?'

They're a massive club in England. He said 'do you know what Chaz, in the summer it was between me and Lindelof, and they went for Lindelof'.

Nobody knows that. He told me on the bench and I couldn't believe it. I was gobsmacked...

The manager was Pellegrino at the time and in the summer he was looking to go. I remember at the time he got everyone on the pitch, including Virgil, and just came out and said 'look lads Virgil wants to go, the club aren't allowing him to go, he said he's not going to play so he's not going to train with us'. In front of everybody, including Virgil.

He was gobsmacked, there was no heads up from the manager, nothing.

Austin would go on to say that he feels van Dijk always had his heart set on Liverpool and he was unsure if the defender would have agreed to a move to Old Trafford.

It would certainly be interesting to know how the fortunes of the club involved would have differed had United managed to snag him from Southampton. 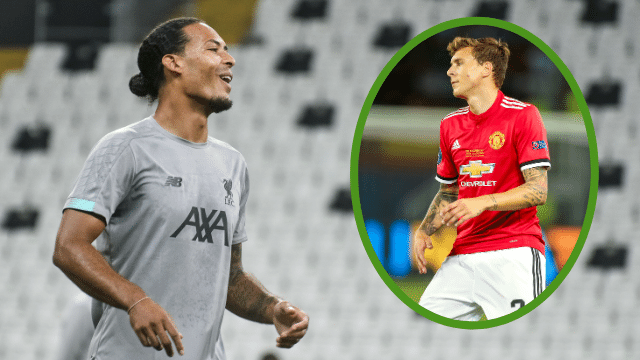 Football
3 days ago
By Gary Connaughton
At Some Point, Microscope Will Be Put On Jurgen Klopp For Liverpool's Failings
Football
3 days ago
By Balls Team
Seamus Coleman Elated By Everton Finally Getting Anfield Victory
Football
4 days ago
By Gary Connaughton
Striker Says Origi's Champions League Heroics Scuppered Liverpool Move
Popular on Balls
GAA
17 hours ago
By PJ Browne
'I Have Pictures Of Stephen Cluxton All Around My House, It’s A Bit Weird!'
Rugby
18 hours ago
By Balls Team
Son Of Offaly Hurling Legend Set For Super Rugby Debut
The Rewind
16 hours ago
By Sean Meehan
Introducing The Vote For Ireland's Greatest Singalong Song
Rugby
14 hours ago
By Eoin Harrington
Rob Kearney Player Mic Gives Great Insight On Western Force Debut