Are Manchester United Fans Right To Finally Give Up On Anthony Martial?

After a number of weeks riding high, Manchester United supporters were very much brought back down to earth last night. The loss to Sheffield United was certainly an unexpected one, but you couldn't argue with the result.

Looking at the match, it was difficult to tell which team were riding high in the league and which one had won only a single league fixture all season.

While only one defeat, it is this type of fixture that United cannot afford to drop points in if they are to maintain a title challenge this season. Manchester City and Liverpool set an insanely high standard over the last three years, with games against bottom half teams a guaranteed three points each week.

This season is certainly different, but the principle still stands. Whatever team is the most consistent against clubs outside the top six will probably win the league.

Manchester United lacked the killer edge last night. Their performance was devoid of any real urgency, looking like a team who felt the game was won before they even took to the pitch. That is out of character for this team in recent times, but one man summed up their issues more than most.

There is no doubting Anthony Martial is a very talented footballer. He possesses many of the traits required to be a top forward in the modern game, with his pace and finishing ability making him a nightmare to deal with when he is on form.

The issue is that such occasions arrive far too infrequently. He was absolutely dire last night, failing to offer anything to the team when they needed him to step up. His lack work rate and general effort was appalling.

This was perhaps best summed up by the way he stood in the box and allowed Sheffield United to pass the ball around him and score what would be the winning goal.

Oliver Burke with our winner. 👏 pic.twitter.com/dZj8hBVmId

Martial's record this season is not good enough. Despite United's good form in recent months, he has recorded two goals and four assists in 16 league appearances. Those goals did both come in narrow wins, but his failure to show up in big games has been the main issue.

In games against the 'big six' this season, Martial has a record of three appearances, no goals, no assist, and one red card. In fact, he missed the games against Chelsea and Arsenal after being sent off early in the game against Spurs, a match which would finish in a 6-1 defeat.

If Edinson Cavani was not in his mid-thirties, you'd imagine the 25-year old would be seeing a lot less playing time. There is certainly little argument in selecting him ahead of the Uruguayan other than keeping the former PSG fresh.

After six frustrating seasons at Old Trafford, last night's shocker was the final straw for many of the club's supporters.

I can’t watch United with Martial in the team. The lack of effort is sickening . The notions . Belongs at PSG. #MUNSHU

Martial not the only one but surely a spell on the bench has to be coming. He’s been awful & lack of effort is infuriating. Rashford still not consistently performing, too many on/off games. Oh well, back at it Saturday.

It's clear that Martial has no shortage of talent, which is what must make his lack of progress infuriating to watch. As we have seen many times before, natural talent alone does not make an elite footballer.

It has been expected that everything would click for the Frenchman at some point, but at 25-years old, it does seem like a case of 'now or never' for him at Manchester United.

Title winning sides cannot afford to carry passengers. Every member of the team contributes in one way or another.

Ole Gunnar Solskjaer's squad still has a number of these players, which is perhaps the main reason many do not treat them as serious threats to win the league this season. They have yet to show that they can show up in the big moments when it is all on the line.

When the gauntlet is down, do you expect Anthony Martial to step up? There is very little evidence that you should and therein lies the issue.

He is quickly becoming another case of a talented player who could have made so much more of his career. His current club certainly cannot afford to wait for much longer. 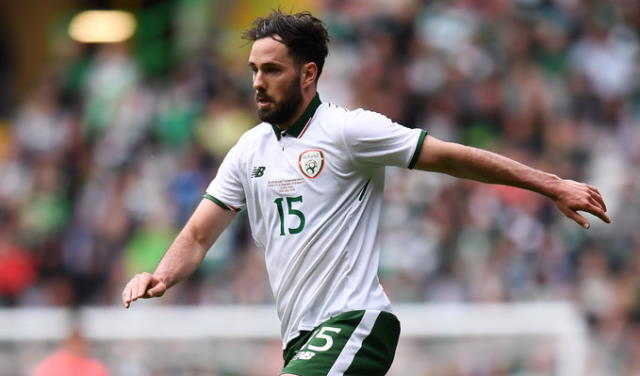