Sixteen years ago today, Rio Ferdinand made his Manchester United debut in a Champions League qualifier against the Hungarian side Zalaegerszeg. Losing the opening leg 1-0, Ferdinand's first game for United ended in a 5-0 win at Old Trafford, and progression to the Champions League proper.

Tonight will signal another potential defensive landmark for United as they prepare to take on Tottenham Hotspur. Although it won't be Nemanja Matic's Manchester United debut, the Manchester Evening News are reporting that the Serbian could be one among three centre-backs that Jose Mourinho is set to deploy in a back five.

Having seen his side concede three goals to Brighton & Hove Albion last weekend, Mourinho reportedly feels the need "to reinforce a defence" with Matic at the heart of a three-man partnerships likely to also involve Chris Smalling and Victor Lindelof.

Starting alongside the French World Cup winner Laurent Blanc on 27 August 2002, Ferdinand would go on to have an incredibly successful career at Manchester United. Famously, it was his centre-back pairing with another Serbian named Nemanja that would come to be regarded as his most lasting impression.

During a trophy-laden spell with Manchester United, Ferdinand, who controversially moved to the club from Leeds United for a record-breaking fee, would go on to play over 450 games under Alex Ferguson and, briefly, for David Moyes. 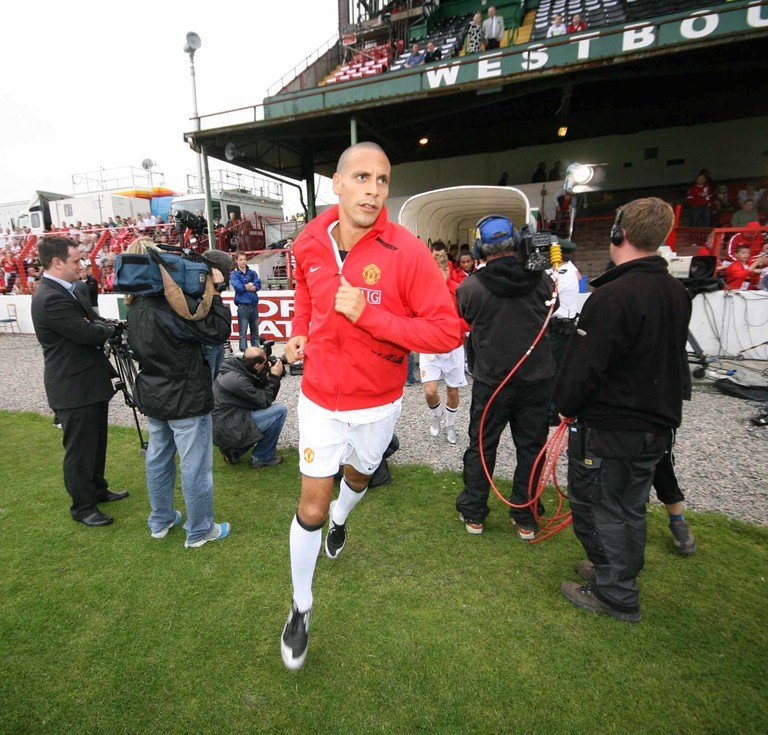 With Ed Woodward and the Manchester United board choosing not to pursue the central defensive options laid out by Jose Mourinho for the summer's transfer window, many will suspect a touch of spite in the Portuguese's decision should he vouch for Matic.

Having not played since Serbia bowed out of the World Cup against Brazil two months ago, it is unclear how match-ready Matic is. However, "it is understood Mourinho had earmarked Matic as an auxiliary centre half over a month ago," and, if he is prepared for tonight's game against Spurs, the decision could be an inspired one.