With Olé Gunnar Solskjaer finally and mercifully relieved of his duties, Manchester United and its supporters face into a very frightening and uncertain future. Sacking Solskajer has solved one problem and exposed the broader, decade-long mismanagement of the club over the past decade.

This crisis comes into sharp relief ahead of the club's trip to eastern Spain to Villareal in the Champions League tomorrow night. Michael Carrick will serve as the club's caretaker manager while its executives search for an interim manager who'll keep the seat warm for the full time manager who'll take the job after the season. Man United are joint top of Group F with Villareal but Atalanta are only two points back. With a trip to Chelsea to come next Sunday, the stakes are very high for Michael Carrick, whose managerial career will begin with a baptism by fire.

Manchester United latest: give it to Brucey till the end of the season?

Solskjaer famously won over the club's board and legends while serving in the role of interim manager, so there is a lot to gain here for Carrick. Should he not be up for it, another Manchester United legend has already put his hand up for the job (no, not Roy Keane)

According to the Athletic, the recently-unemployed Steve Bruce is very willing to take on the job. He "would be very keen on the role, and believes he could help stabilise the dressing room".

That's not the only dispiriting development for Manchester United supporters. Ed Woodward - who many blame for the ongoing crisis at Old Trafford - is reportedly mulling a delay to his exit from the club because of the present uncertainty. He would look to be involved in the selection of Solskjaer's fulltime replacement, according to Sky Sports.

The management of Solskjaer's sacking has been fascinating to watch, and slightly surreal. Rather than being swept out the door, the Norwegian performed an exit interview of sorts where he was allowed to say goodbye.

The club seems determined to make this an amicable parting, and players from Rashford to Ronaldo have queued up to testify to Solskjaer's qualities as a man.

He’s been my striker when I first came to Old Trafford and he’s been my coach since I came back to Man. United. But most of all, Ole is an outstanding human being. I wish him the best in whatever his life has reserved for him.

Good luck, my friend!
You deserve it! pic.twitter.com/pdm7RXr2RX

Which begs the question: why was the team playing so badly if they respected their manager so much?

Solskjaer's exit has proven again why he was unsuited to the role. Solskjaer's bona fides as an elite manager were always questionable, his nice-guy approach would never really work with the vast egos in the squad and his history with the club meant cutting and running would be anguishing.

Yet here we are. It is worrying indeed that the man who handed Solskjaer a new contract last summer looks likely to be involved in the hunt to name his replacement. 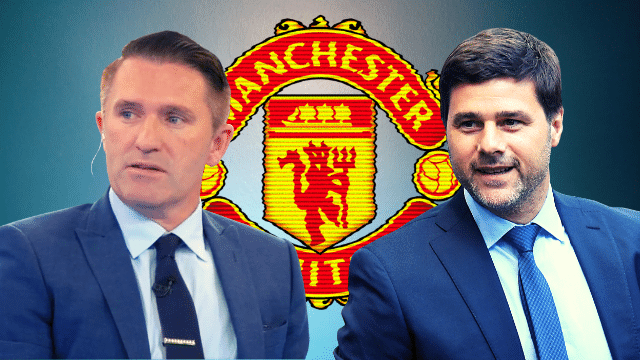