Manchester United have appointed former midfielder Darren Fletcher as their first ever technical director, alongside John Murtough in the role of football director.

The official statement from the club said that Murtough would oversee all footballing operations at Old Trafford, while Fletcher’s role would focus more on integration between the academy and the first team.

“John will have overall leadership and responsibility for operations and strategy across all football functions, reinforcing the strong foundations already in place.

Darren will work closely with John to add technical input and direction into all football and performance areas. He will focus on a co-ordinated and long-term approach to player and squad development, helping maintain the integral link between the Academy and the first team, aligned with Manchester United’s values and culture.”

Fletcher played at Old Trafford for 12 years, winning five Premier League titles and being named on the bench for the 2008 Champions League final win against Chelsea in Moscow. He made his initial return to the club in October as U-16s coach, before graduating to first-team coach in January.

Man United manager Ole Gunnar Solskjaer told the club’s website that he was delighted with the news of the appointments, saying:

“If there was one thing I was sure of, that was that we cannot lose Darren; we wanted Darren at Man United. He has the history at the club; he’s been brought up here since he was a young boy to become a Champions League winner and a serial winner. His DNA is what we want.

Then he went away, so he’s got fresh ideas as well. He’s got the Man United side of it but he’s also been outside with different clubs. He’s got a bright eye for football, a really keen eye for following the development of the youngsters.”

"I'm delighted with the announcement of Darren Fletcher and John Murtough," says Ole.

"He went from a young man to a Champions League winner here, and he has a bright eye for football so he can have an impact."#MUFC pic.twitter.com/iiB4GsxxRr

Fletcher came up through Man United’s famous academy, putting him in an excellent position to oversee the next generation of players coming through at the club. The Scotsman spoke to the Man United website of his excitement with the move and the future of the club.

“It is great to be back with the club and I am delighted to be taking on this new role.  We are moving in the right direction and I am looking forward to continuing to work with Ole and his coaching team, and now with John as the Football Director, to help bring young players through and further develop the football side of the club. It’s fantastic to see that all the staff here are driving Manchester United forward towards a new era of success.”

The appointment of Fletcher was met with a generally positive reaction by United fans on Twitter – though the word “legend” may be strong, he was certainly a fan favourite during his time at the club as a player. The appointment of Murtough was met with a more lukewarm reception, though with fans crying out for years for a director of football, the move was generally seen as a positive one by the club’s fanbase.

Breaking news: #MUFC have announced that John Murtough has been appointed to Football Director and Darren Fletcher to Technical Director pic.twitter.com/qM4tVPH51F

Though the reaction from fans was generally positive, concerns were raised by fans that the moves may ultimately represent little change to the club's current dealings in the transfer market. The replies to the above tweet certainly suggest that fans have little time for the current regime and have doubts about the ability of Fletcher and Murtough to overhaul the club.

A step in the right direction. Think we have to face facts that The Glazers aren’t going away any time soon. Ed won’t have any say of transfers by the sounds of it. Matt Judge is the negotiator (which isn’t ideal) but I don’t think he would have a say on who we target

What i see in the comments is a trust deficit between fans and the club. Few are convinced this is a genuine appointment. The Glazers for their part do not give a rats arse, so long as the keep getting money, which only means the club suffers. This is the reality at United

The general trend in the replies is frustration with the current directors of the club and apprehension about the new appointments - though most fans appeared cautiously optimistic about the fact the appointments came from within the club.

The decision to promote Darren Fletcher has proven to be a popular move among Man United fans, but it remains to be seen whether it will result in any real change in how the club does business in the transfer market. If his experience in the academy counts for anything, Man United fans can hope for more talents like Marcus Rashford and Mason Greenwood to emerge in the coming years. 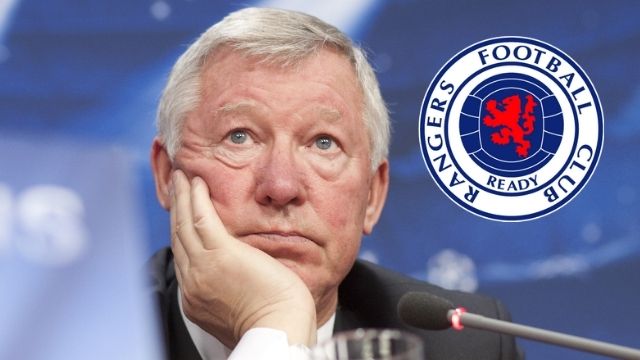