Manchester United Vs Arsenal: How To Watch And Match Details

Manchester United and Arsenal take on each other at Old Trafford in another addition to the all-time classic Premier League clash. The two sides have had mixed fortunes this season and are now both fighting for the fourth Champions League spot. Both teams may not be as good as they once were but both sides need the win. Here's how to watch Manchester United vs Arsenal and a match preview.

How to watch Manchester United vs Arsenal

Manchester United vs Arsenal is on Thursday 2nd December and kick off is at 8:15pm.

The match is live on Premier Sports 1 from 7:45pm.

The match isn't on Sky or BT as Amazon Prime bought the exclusive rights for this week's matches in the UK. However in Ireland they don't have the rights so Premier Sports are showing it.

This will be Manchester United's first match since the appointment of Ralf Rangnick as interim manager. The German will be in charge for the rest of the season before moving into a consultancy role in the summer. However, due to work permit issues Michael Carrick will oversee this match.

United have won one of their last five premier league games are are starting to come to the end of a bad run of games. They had tough games against Liverpool, Manchester City, Chelsea and Leicester in the last couple of months but now have a decent run after this game where they the likes of Norwich and Brentford. If they can get a win here it will set them up nicely going into the Christmas games.

Arsenal on the other hand have had a fairly handy run of matches recently which saw them go unbeaten for two months. However that run ended when they lost to Liverpool at Anfield a couple of weeks ago. They bounced back from that defeat with a home win over Newcastle and Arteta's men are now aiming for European football. They are currently 5th, only behind West Ham on goal difference, so they're well in the chance for fourth.

This will be a good litmus test for the Gunners as every time they've come up against a big team this season they haven't impressed and lost heavily. While United aren't doing well this season, they still have quality in their side that should challenge Arsenal.

See Also: Watch: Defender Sees Red For Scuffle With His Own Keeper In Norwegian League 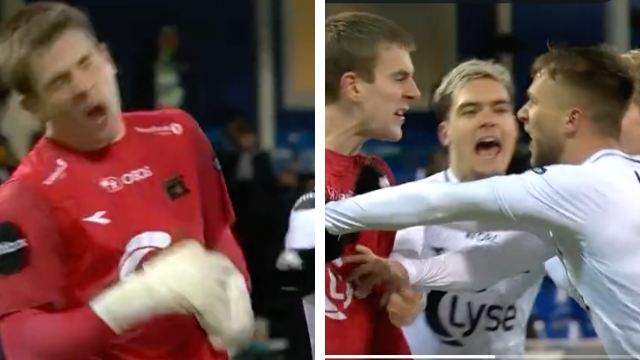