So, How Many Times Did Robbie Keane Actually Invoke His 'Boyhood Dreams'? 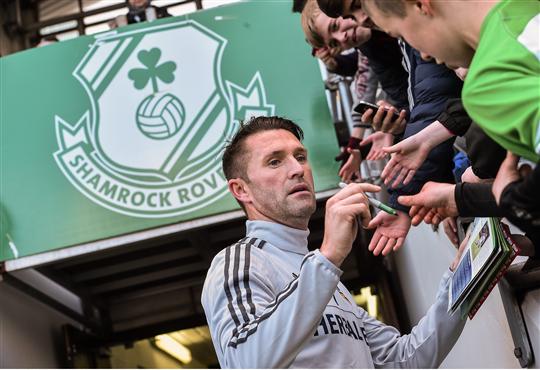 It's common knowledge that Robbie Keane can't do anything of note - like popping down to the shops or filling his car with petrol - without someone wondering aloud whether he fantasised about doing it as a child.

Listening to all the snarky commentary, one is inclined to wonder whether Keane got any schoolwork done with all this extensive and impressively detailed daydreaming going on.

But is this fair? Just how often has Robbie used the phrase 'boyhood dream' in press conferences flanked by his new employers?

According to the internet, he has only used the phrase 'boyhood dream', 'lifelong dream' or 'dream come true' or some other variation thereof twice on joining a new club. On another occasion he said 'he always wanted to play for' the club he had just joined.

But what were these clubs?

Well, he did use the phrase 'lifelong dream' upon joining Liverpool. Two years later, he declared, upon joining Celtic, that they were a club he had always wanted to play for.

A Dubliner declares that playing for Liverpool and Celtic both constituted the realisation of a dream. It does not seem especially implausible.

Then it does get awkward. He did tell the assembled press corps that was a 'dream come true' to play for in the MLS. This would be a highly idiosyncratic daydream for a boy from Tallaght who was born in 1980 to have, not least because the MLS was founded in 1993.

It was this last declaration that appears to have kick-started the running joke.

He was merely 'delighted' to have joined Inter and impressed with the long term plans of Glenn Hoddle at Spurs. He was relatively subdued after joining Leeds.