Maradona - Not Just An Unhinged Fruitcake, But Could He Have Been More Relevant?

When Diego Maradona arrived in Sinaloa, a place renowned for the very substance that had previously held him hostage, we assumed the worst. Joining Dorados, a  football club in the region, with his history of extensive drug use and propensity to go full Howling Mad Murdock in toe, sparked the reaction you may have expected - headlines wrote themselves, the imagination spun into overdrive and everybody waited for the feel-good carnival to descend into the usual chaos that accompanied Maradona wherever he went.

This is, of course, nothing new and yet we continue to go about life, casting aspersions as we see fit, often influenced by those equally as oblivious.

The doyen of Argentinian football and culture may have accumulated a rap-sheet that would see Evel Knievel and Dennis Rodman mistaken for the Happy Pear twins, and that was always going to bestow him with some rather unfair characterisations, but public discourse remains guilty for assuming there was little else to the man. Besides the seemingly deranged cameos of modern years, and those magical moments which continue to astonish when venturing down the endless YouTube wormhole, we simply don't care. The reality of existence in the 21st century.

His Mexican odyssey eventually imploded, in many eyes at least, but once again that's the same apparent flaw coming out in us all - we assume too much from a paucity of facts. For the recent Netflix series, Maradona in Mexico, has pulled back the curtain on his life, enabling us to see him in much of his glory, back on his playground, and even if he's not the same purveyor of sorcery that has been immortalised in hazy clips from the past, he has thankfully retained that wonderful eccentricity. 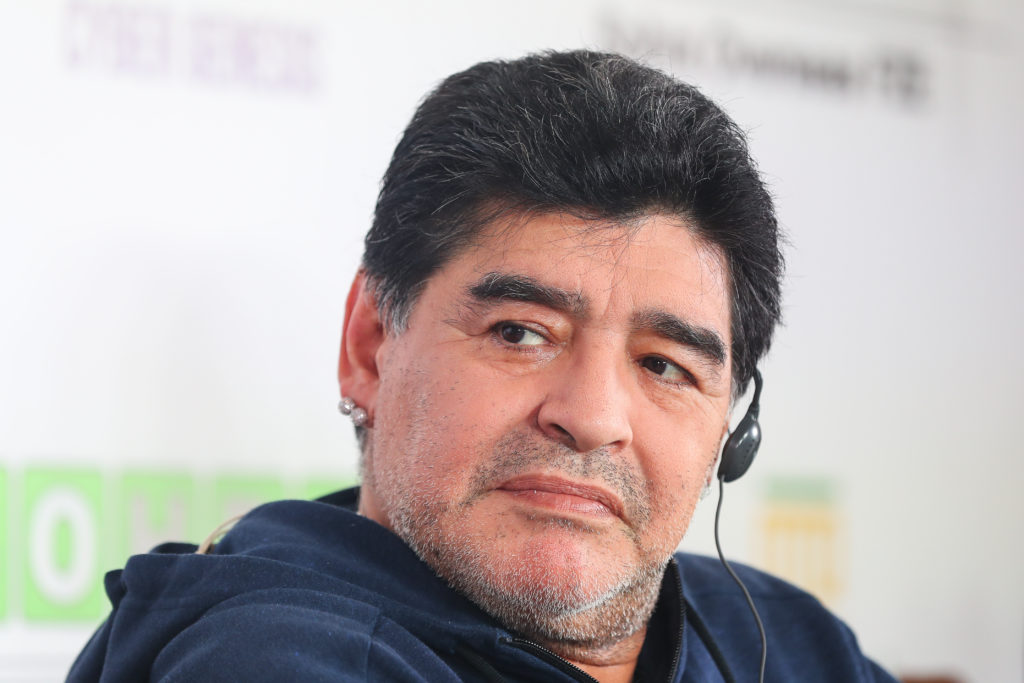 As David Faitelson, a journalist with ESPN Deportes, poignantly noted during the series, he was going to the home of a cocaine-trafficking industry that almost ended his life. And there he thrived - not bad for a supposed deranged lunatic eh?

What he has shown us here in Mexico is that he is a hard-working man, and he's put together a team that plays and competes just like he did on a field.

He always looks for a situation with considerable challenges. Let's remember what happened in Europe. He went to Naples, with the Camorra, the Neapolitan Mafia, and when it looked like Naples could be his death as a footballer, there was a desert in front of him - but he saw an orchard.

He saw a way to really stand-out. He turned it into a place to rebuild, to restrengthen, and there he became the great legend that he is now in football."

From the outset of the series, it became clear that this wasn't going to become a narrative to fit the stereotypical notions, where he instigates a fiesta and the party never ends. This was a story of passion and charisma and community - of an ageing, stocky figure, and his faults, who can inject a sense of positivity into a club that few others can. It belies everything we read and hear about him to this very day.

His relationship with the media has probably contributed to this image, it not always being a harmonious one, but after sitting down for a one-to-one interview with a local journalist towards the end of the series we got an eye-opening account of Diego the man, not Maradona the character.

He speaks with unprecedented candour of how his youngest daughter, Giannina, was responsible for his decision to kick his drug-taking habit. He reveals that he would lie unconscious as his child would come home from school and try to persuade her father to play. But he had no recollection of these memories and it wasn't until his older daughter, Dalma, told him of this sequence of events that he was led to his epiphany. By simply retelling the story he was transported back to darker times and thus visibly welled up.

It's yet another element of his personality we know little about: Diego the Father. Just like we knew little of Diego the avuncular symbol on the training pitch, and Diego the dedicated student of the game. We knew Diego the drug-infused Fruitcake - no más.

It leaves you thinking: are major European clubs missing a trick? Hiring Maradona as a head coach is risky for obvious reasons but there's no denying he brings a unique set of advantages that no other personality possesses. You only have to watch the glow on players' faces as they embrace him, you only have to listen to them speak about his aura in training, or, as Dorodas striker Vinicio Angulo put it, how he made the goal seem so much bigger as soon as he arrived.

It's this type of inspiration he imparts, his most advantageous trait, that could make him a valuable cog in any major club this side of the pond.

How would he fit in at a major club in Europe where key players are struggling for confidence?

As a sort of spiritual leader? A footballing ayatollah?

Anyway, why does he have to be a manager when he is arguably of best use when throwing his arm around a struggling player, or bringing a refreshing atmosphere to the dressing room - as is evident in the series?

Why burden him with contracts and media and logistics? 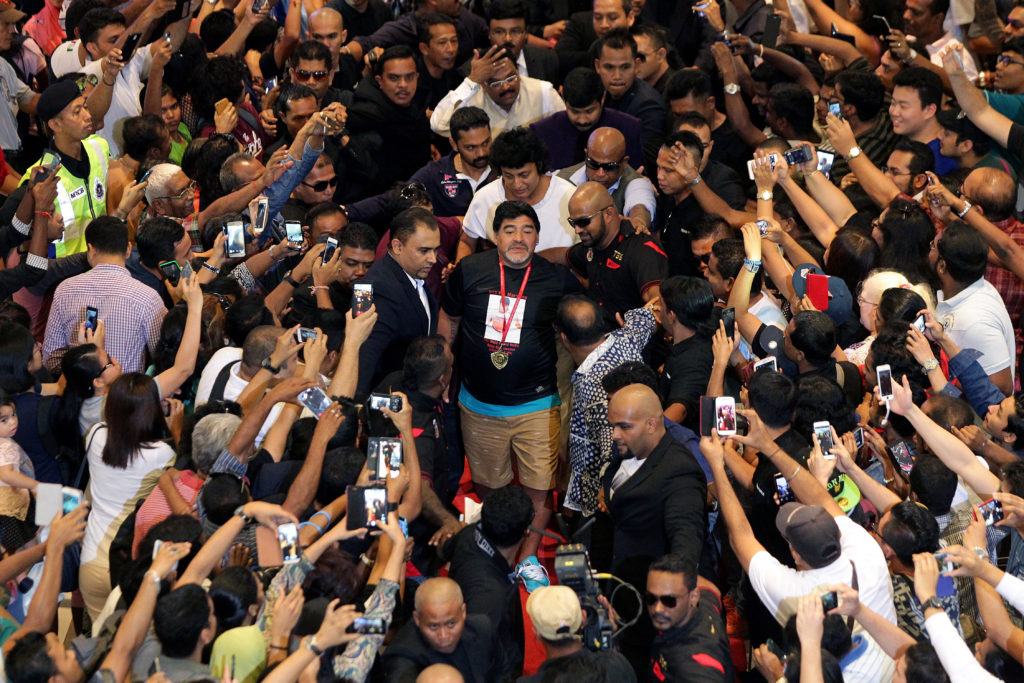 Of course it would probably all still implode in some way or form, as it did in Argentina recently when he left Gimnasia and almost immediately returned. Yet there, too, he is the manager.

Despite the drama that naturally follows him around, the fans adore him and despite the fact that they are languishing near the bottom of the table the Gimnasia fans demanded his return. They'd surely hold him in similar regard no matter what role he held.

Landing in Europe, albeit in a risk-averse role, is of course a notion that has its caveats - very obvious caveats.

Like the possibility of him not wishing to venture beyond Latin America again. Or the fact that he has stated that the long-term goal is returning to the national Argentina squad as manager, and a secondary role at a European club  hardly fast tracks that development.

But at 59, he still has time on his side. Across his career he's made crazier decisions, like heading deep into Sinaloa Cartel Country just to manage a football club - so who would bet against it?

SEE ALSO: A Tribute To The Technical Excellence Of Dejan Stankovic