Five Years On From Midtjylland, How Do We Talk About Marcus Rashford's Career?

Anthony Martial had been named in Louis van Gaal's starting line-up for Manchester United's Europa League round-of-32 clash with Midtjylland. Come kick-off, however, the Frenchman had succumbed to an injury picked up during the warm-up. Martial – who'd already scored twice in Europe for United that season – brought van Gaal's injury list to 14 players.

United's 2015/16 European campaign was already in jeopardy going into the clash. The Danish side held an unlikely 2-1 aggregate lead going into the second leg at Old Trafford, after an underwhelming United display one week previous.

Minutes before kick-off, a fresh-faced academy graduate called Marcus Rashford learned that he was about to make his first-team debut for a club he'd played with since he was seven-years-old.

63 minutes of senior football later, Rashford had announced himself to the Stretford End. Juan Mata, after scurrying to the end-line, pulled the ball back into his stride, and the 18-year-old guided the ball into the net from six yards out.

12 minutes later, he had the ball in the net again, and all at once, a working-class kid who'd grown up in the city had saved Manchester United's European hopes.

Rashford was now United's youngest ever goal-scorer in Europe, a title previously held by George Best.

United went on to thrash their Danish opponents 5-1, although they would exit the tournament in the next round– painfully – at the hands of sworn enemies, Liverpool FC.

Wayne Rooney's origin story is the stuff of club legend, but memories of Adnan Januzaj and Federico Macheda also loom large when Manchester United fans are faced with a case like Marcus Rashford. You've made your explosive debut, and we've taken note. But what will you do next?

The short answer? He delivered.

Rashford built on his European heroics against Midtjylland by scoring twice against Arsenal later that week. Every time he put the ball in the net, he seemed a little less shy about celebrating, and a little more confident when he returned to his position, leading the United offensive. He finished that season with eight goals.

Five years on from the Midtylland and Arsenal displays, it's easy to disregard the impact that he has had at Stretford. His fortunes on the pitch have somewhat mirrored that of his club's turbulent recent history, but at 23-years-old, Rashford continues to be relevant, and a vital piece of Ole Gunnar Solskjaer's vision.

Rashford's goal against Newcastle during a 3-1 victory last weekend put him level with David Beckham on the United all-time goal-scorer's list. Of those 53 goals in red, many will live long on: a winner against Manchester City to become the youngest scorer in that fixture, a penalty to clinch victory on a Champions League night at Parc des Princes in 2019, a free-kick against Chelsea reminiscent of a vintage Cristiano Ronaldo strike.

His impact has gone beyond goal-scoring. Under Ole Gunnar Solskjaer, Rashford has acquired a leadership skillset beyond his years. Having worn the armband on a number of occasions, his measured, lead-by-example approach has not gone unnoticed. Tracing Solskjaer's post-match musings over the seasons, there are several occasions where the manager has underlined his striker's credentials: "This season he's been a leader, he's really shown his maturity", he said in December 2019.

With a lengthy career still ahead of him, talk of legacy is premature, although one may be tempted to debate his long-term impact on the English game, given how long he's been around for now. For Rashford himself, there is more work to do when it comes to writing a proverbial personal history.

One thing that won't be overlooked is Rashford's use of his platform. Writing last year, the Guardian newspaper's editorial board spoke of Rashford's childhood food poverty campaign as a "political masterclass", after forcing Boris Johnson's Conservative Party to roll back on a previous decision refusing to extend free school meals for disadvantaged kids throughout the summer holidays. 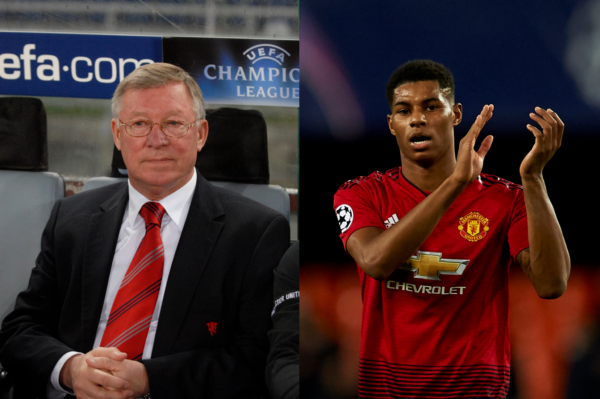 Rashford has continued to campaign on this issue, something he is personally passionate about and driven by, drawing acclaim from all corners of society. Alex Ferguson, who met Rashford during his youth career at United, spoke last month of how he "has shown to young people, in particular, there is a different way of dealing with life".

On the front of this month's Time magazine, Rashford is sitting on a stool, donning an England shirt and crisp, white Nike blazers. Splashed across the cover, it reads, "The Next 100 Most Influential People". Most of us have been with Rashford for the best part of five years now, but we must remind ourselves that this is only the beginning. 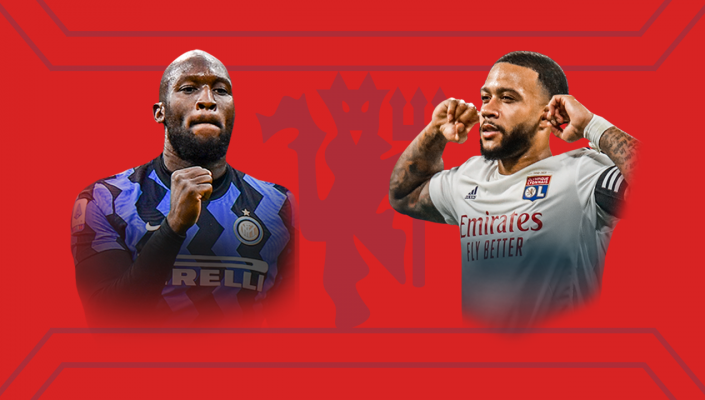 Football
6 hours ago
By Gary Connaughton
Paul Merson Says Manchester United Need To Move For 'World's Best' Harry Kane
Football
1 week ago
By Gary Connaughton
Scott McTominay Almost Missed Out On Messi's Shirt Due To Case Of Mistaken Identity
Football
1 week ago
By Balls Team
What Was The Most 'Irish' Manchester United v Liverpool Match Ever Played?
Previous Next