For most of us who are not English, the sporting side of the penalty shoot-out that decided the Euro 2020 final on Sunday night was wonderful. A back and forth shootout with plenty of momentum swings, it all ended with the team most of us wanted to win. As we've written about before, it's sporting rivalry and support and it's the most normal thing in the world for Irish (or Scottish, or Welsh) people to support anyone but England. The problem was, with the joy of the desired sporting outcome, immediately came the crushing realastion of something that was far more important than a sporting result.

There was, we should point out, a large part of the anti-England side of things that wasn't just sporting, and this side was amplified to the Nth Degree on Sunday night. The yobbish/hooligan/criminal element of the English support, always a minority but always a much larger minoirty than the English press would have you believe, were out in force on Sunday. It was uncomfortable watching the game knowing that so many of the worst people in England were in Wembley and knowing how bad it could possibly get. In the end, it got pretty bad, but it's a reflection of how dire the situation was that it feels like it could all could have been a lot worse.

With that in mind, the realisation that hit so many of the watching, non-English audience immediately after the match was led by the fear and disgust we felt for this element of "supporters," - all three players who had missed England's penalties were black.

That all three had come off the bench didn't matter. That Gareth Southgate made a huge error in judgment in bringing on Marcus Rashford and Jaden Sancho completely cold to take a penalty in a game they hadn't been involved in would matter to pundits, but not to a certain group of fans. That Bukayo Saka is a 19-year-old kid needlessly tasked with taking the final penalty of the shootout by his manager when captain, leader and appointed penalty taker Harry Kane had scored his with a tiny percentage of the pressure minutes before is something we could all debate. But we also knew deep down as Saka's tears were flooding our TV screens, that a huge element of those watching on only saw one thing.

That we woke up on Monday morning to news that the English players had been racially abused across social media was made all the worse by how predictable it was. This wasn't a surprising emotional reaction, this is a common occurrence. Having a black player to blame for defeat is as good as England winning it. If Saka had scored, England had won, and all was supposedly well with the world, you can be sure that Sancho and Rashford's celebrations would be crashed by the very same messages on their social media feed.

Last night, Marcus Rashford made the kind of statement that made you proud to be a football fan on a week when the sport was shamed by its own supporters. In it, he apologised for missing his penalty and spoke with true class about being proud of who he was and where he is from. He is a racist's worst nightmare, and he's the right wing's worst nightmare. Marcus Rashford won't stay quiet and he won't pretend to be something he isn't so Tories will like him.

This is how the Marcus Rashford mural in Withington looks this morning ♥️ pic.twitter.com/vSsUx6gIcu

In the midst of so much condemnation of the abuse for Rashford especially on Monday, many felt the need to respond with an account of the litany of good Rashford has done for society. While it does offer a fitting contrast between him and those that think him lesser because of the colour of his skin, it also misses the point.

If Marcus Rashford never did anything except play football and get handsomely paid for it, if he didn't just talk about social issues, but actively launch a movement to deal with them, if he never opened his mouth on social media to tell us how he was feeling, he should still expect a basic level of human decency.

Listing the reasons why Marcus Rashford shouldn't be racially abused assumes there to be a line in the sand between acceptable and unacceptable. Perhaps we should just settle on the fact that a person's deeds and misdeeds, achievements and mistakes, shouldn't be defined by their skin colour and move on?

Tyrone Mings also received a lot of plaudits yesterday for calling out British Home Secretary Priti Patel for her denouncement of racsts, having earlier spoke in opposition to the English players taking a knee for racial justice. This is the kind of hypocrisy these stories will ignore, and Mings has brought it front and centre this time.

You don’t get to stoke the fire at the beginning of the tournament by labelling our anti-racism message as ‘Gesture Politics’ & then pretend to be disgusted when the very thing we’re campaigning against, happens. https://t.co/fdTKHsxTB2

While Mings has received criticism for his remark, with some even suggesting he shouldn't be allowed play for England again, the vast majority have rowed in behind the Aston Villa player. His words carry weight and this English team are not afraid to use their voices. Their character and existence stands in opposition to the bullshit on display in Wembley on Sunday night, and they will not hide from that.

Rashford and Mings will be racially abused again. And we'll hear about it, because they won't stay quiet. They won't sit in a corner and wait for "authorities" to deal with it, when the same "authorities" have proven, time and time again, they have no interest in stopping racism or racist abuse. 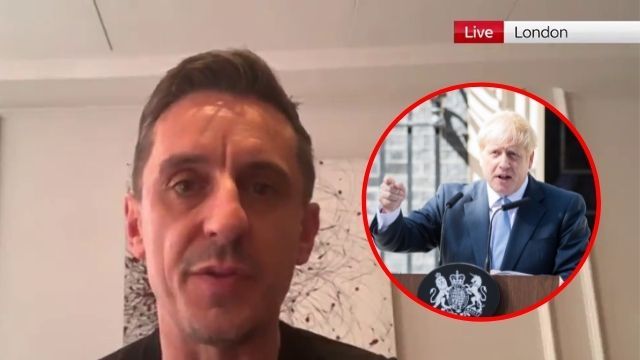