Jose Mourinho was nearly down the tunnel when Marcus Rashford took a tumble in the Swansea penalty area at Old Trafford. With a little less than a minute of injury time remaining in the first half between Man Utd and Swansea, Marcus Rashford went looking for and found contact from Swansea keeper Lukasz Fabianski in the box.

After taking a few moments to deliberate, referee Neil Swarbrick awarded a penalty.

On commentary for BT Sport, former referee Graham Poll thought Swarbrick had made the incorrect decision.

I actually think he's got it wrong. It's a very difficult decision. He's taken his time over it which shows he not sure. He shouldn't guess in those situations.

Wayne Rooney dispatched the penalty to give Man Utd the lead. 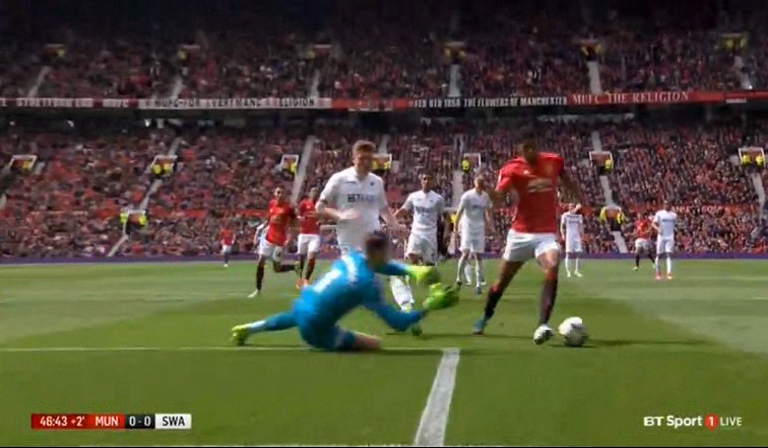 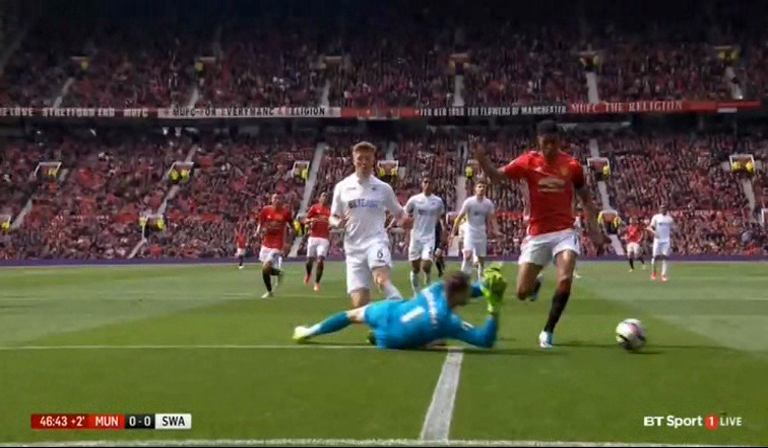 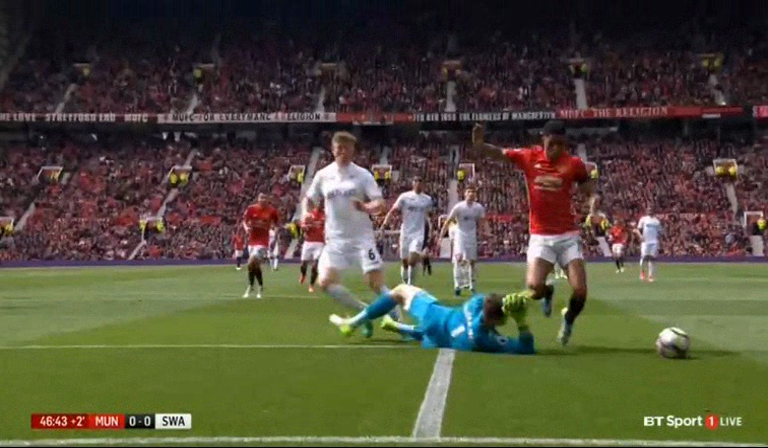 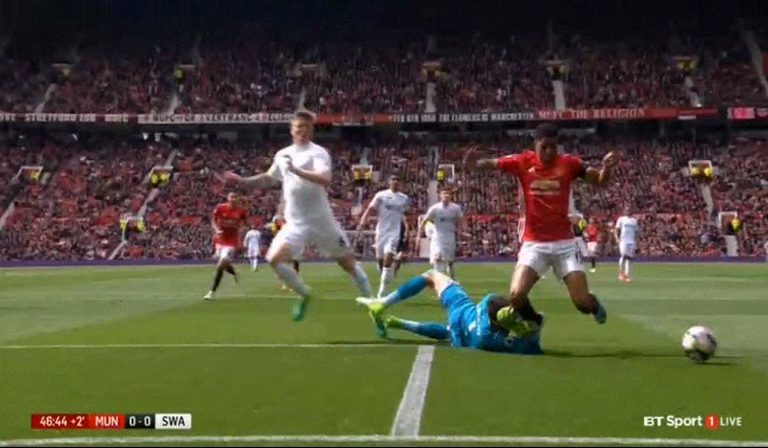 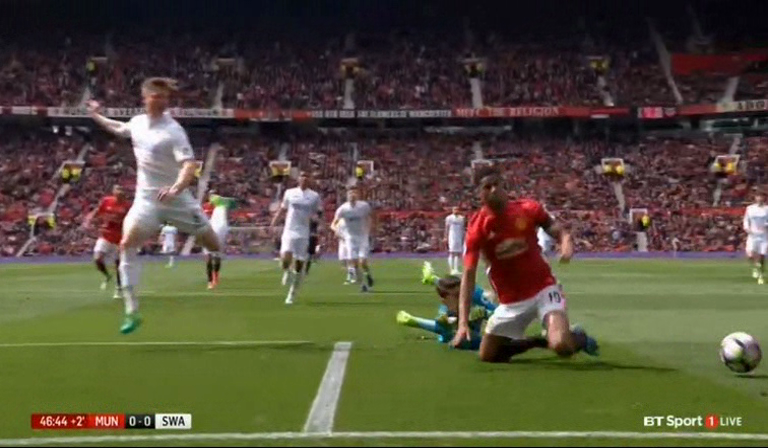 Here's another angle on the incident. 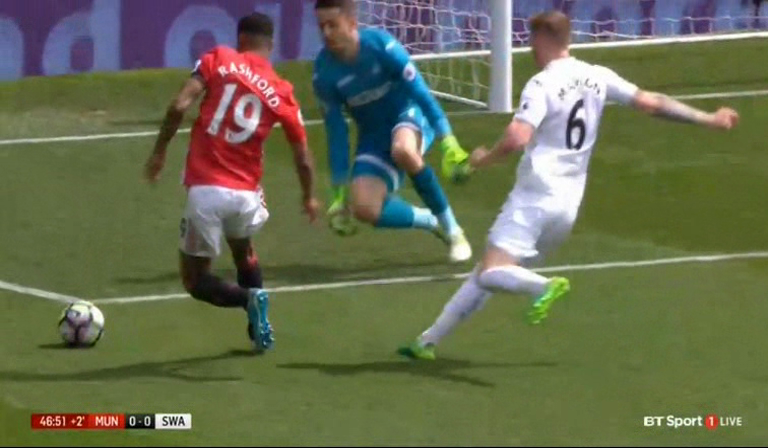 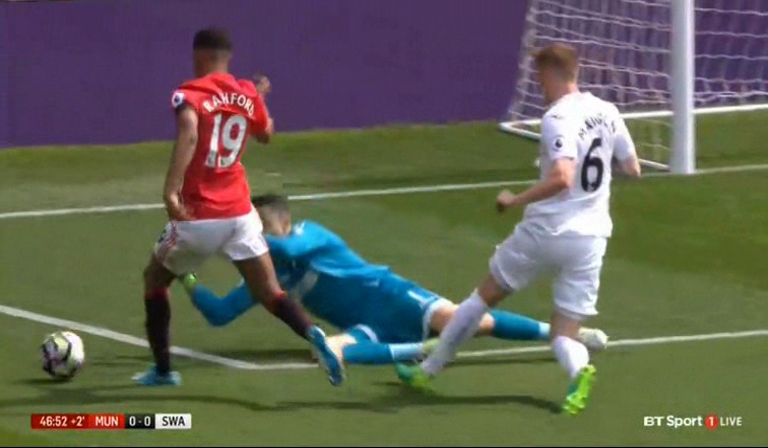 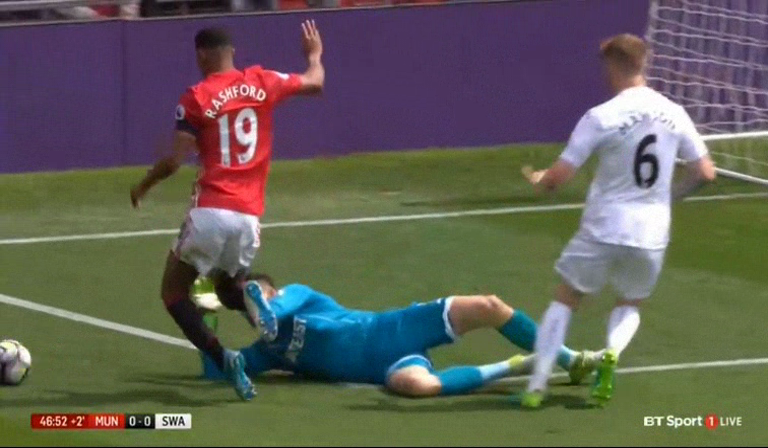 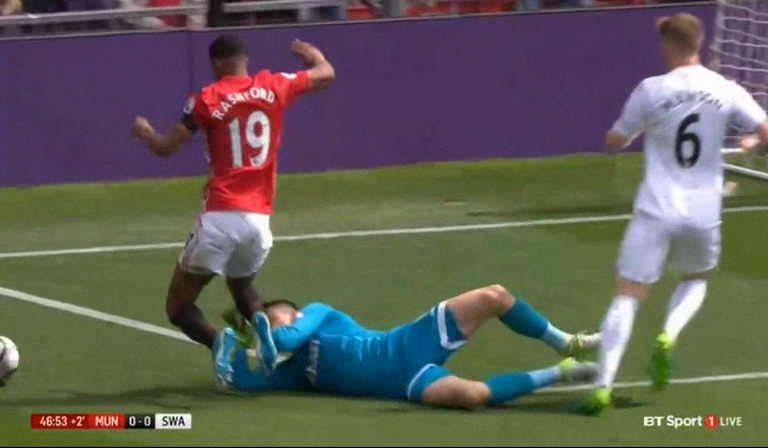 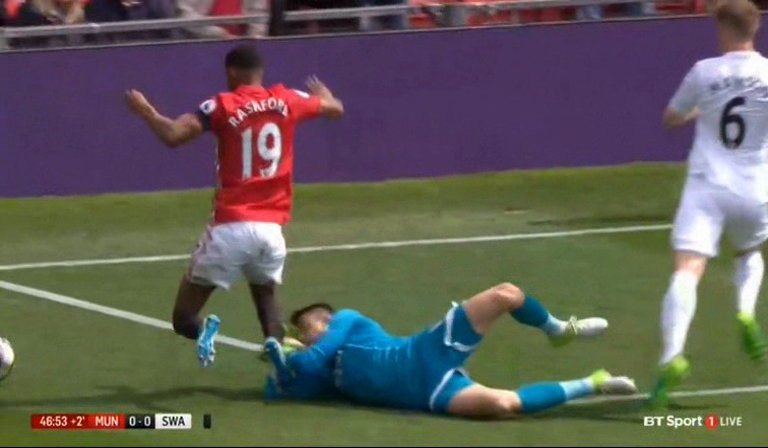 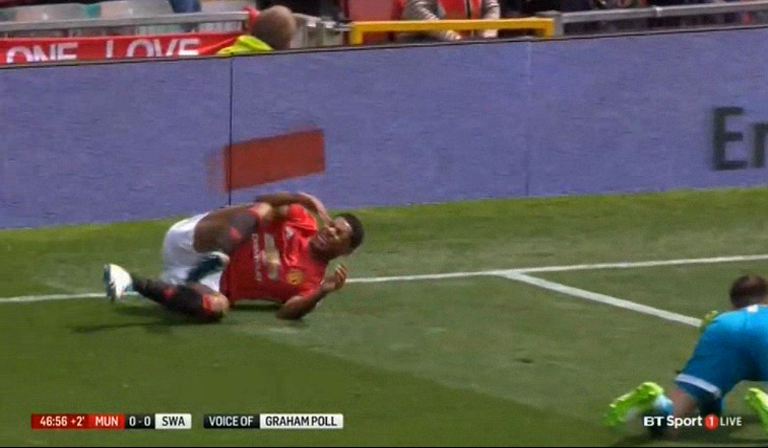