Former Premier League referee Mark Clattenburg has torn apart almost every referee in the English top-flight in his new autobiography, which is wonderfully-titled Whistle Blower: My Autobiography.

Clattenburg was generally viewed as one of the more controversial referees during his time officiating in the Premier League, and his autobiography has reverted to type.

"Clatts" goes two-footed on some of the Premier League's biggest personalities in his book, but he has little kind to say about his fellow Premier League whistleblowers.

He reveals he has little time for Mike Riley, head of the Professional Game Match Officials Board (PGMOL).

Meanwhile, David Elleray, the technical director of International Football Association Board, is called a “slippery, a sly toff”.

As for Mike Dean, Clattenburg saw him as one of the 'good guys' in the Premier League.

Dean, however, is among a group that include; “a bunch of weirdos half the time” who work in “a world of former public schoolboys, geeks and back-stabbing bullies”.

Clattenburg also reveals how he fell out with Howard Webb during Euro 2016 after Webb failed to invite his assistant to a BBC drinks party.

For all the good decisions he made during his career, I thought he made a poor one that night.

It perhaps betrayed the type of person he really was.

As mentioned, Clattenburg was a character in his own right, and he believes that he was a well-respected one too.

Although, he did admit that got the impression he was less liked by his own bosses.

I believe I was well accepted on the field but not by the bosses.

It’s not easy when people don’t want you to succeed so there’s great satisfaction that I achieved things, including all the finals, not needing the help and support of David Elleray and Mike Riley.

Maybe because I was different. I didn’t always look like a referee.

Ultimately, Clattenburg sees himself as too much of a maverick for the milquetoast company of English referees.

Many people get it done [tattoos] but in refereeing people frown at anyone doing anything different.

Your tie has to be the right length, your shoes have to be right, an old-school mentality.

[Pierluigi] Collina, the best referee in the world, had tattoos. But there seems to be an English thing dictating how you should be.

I was called vain, a disgrace. Why shouldn’t a referee have a nose piercing if they want?

You are in the public eye and people assume they can criticise you.

Whistle Blower will be on sale this September in all good book stores. 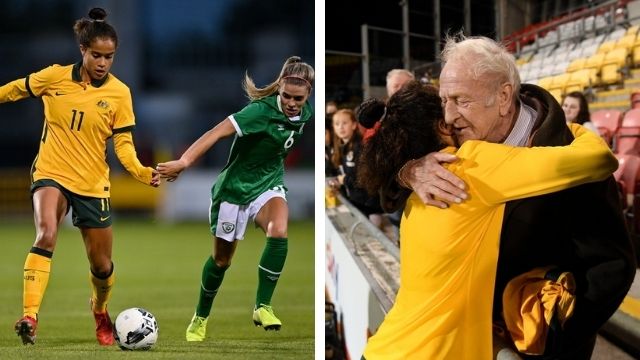 Football
3 days ago
By Jonathan Browne
What Became Of The Great Monaco Team That Reached The 2004 Champions League Final
Football
4 days ago
By Gary Connaughton
Ralf Rangnick Sums Up Why Modern Football Is Dominated By German Coaches
Football
5 days ago
By Eoin Harrington
Quiz: Name Every African Player To Appear In A Champions League Final
Popular on Balls
GAA
2 days ago
By PJ Browne
Insane Drama As Late TJ Reid Goal Sends Ballyhale Into All-Ireland Final
Rugby
1 day ago
By Colman Stanley
Yesterday Was Not The First Time Wayne Barnes Sent A Player Off For Getting Lippy
Rugby
21 hours ago
By Colman Stanley
Champions Cup Predictions And Permutations For The Irish Provinces
The Rewind
2 days ago
By Jonathan Byrne
The Definitive Ranking: Deli Items Ranked From Best To Worst