Marko Arnautovic Gets One Game Ban - Is It A Cop Out?

Did Marko Arnautovic racially insult North Macedonia players after his goal for Austria on Sunday, or did he not? If he did, he would likely be thrown out of the competition, receiving a hefty ban. If he didn't, do we really need to ban players for having a go at a defender after scoring a goal?

Arnautovic came on as a substitute in Austria's 3-1 win over North Macedonia, scoring the clinching third goal late on. Viewers will have noticed the striker appeared almost unhinged in the aftermath, ranting and raving as David Alaba tried to restrain him by literally grabbing his mouth.

Marko Arnautović seals it for Austria and, well, he wasn't too happy about it. #AUT 3-1 #MKD#AUT #MKD #EURO2020 #RTESoccer #AUTMKD pic.twitter.com/K4PhitTRUN

After the game, it was claimed that Arnautovic was having a go at Ezgjan Alioski of Leeds and Egzon Bejtulai, both of whom are of Albanian descent. The Austrian striker is himself of Serbian heritage, and was alleged to have said, "I'm fucking your Albanian mother" at the players, according to Kosovan outlet Koha and Serbian paper Informer.

Arnautovic denied using racial language, though apologised for his outburst on Instagram.

There were some heated words yesterday in the emotions of the game for which I would like to apologise - especially to my friends from North Macedonia and Albania.

I would like to say one thing very clearly: I am not a racist. I have friends in almost every country and I stand for diversity. Everyone who knows me is aware of that.

In the end, UEFA have come to a decision that feels like a cop out. The 32-year-old Arnautovic was given a one game ban for "insulting" an opposition player. UEFA appointed an ethics and disciplinary investigator to look into the claims. In a very tepid statement, UEFA said that they decided to "suspend Austrian Football Association player, Marko Arnautovic, for the next (1) UEFA representative team competition match for which he would be otherwise eligible, for insulting another player".

Arnautovic suspended for one game for ‘insulting another player.’ Sounds like a UEFA cop out to me. Would cause some selection problems if simply ‘insulting an opponent’ was a banning offence in local amateur sport never mind anything else.

Arnautovic will now miss Austria's clash with The Netherlands on Thursday, but will crucially be available for their final group game against Ukraine, which promises to be a huge clash. 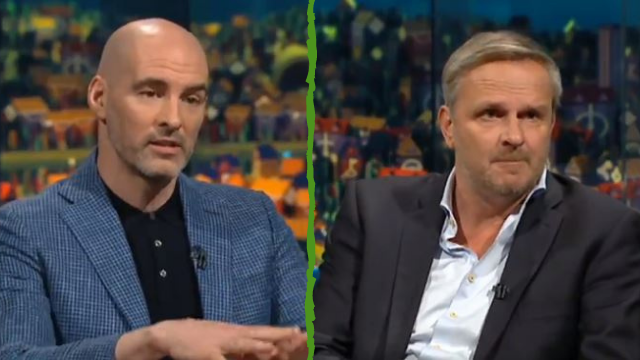 Football
10 months ago
By Gary Connaughton
Duff & Hamann Call For Change After Another 'Sickening' Head Injury At Euros
Football
2 years ago
By AFP
Vatican Women's Team Refuses To Play After Anti-Abortion Protest
Football
3 years ago
By Ste McGovern
Ranking The Nine Finest Jerseys You Won't See At The World Cup
Popular on Balls
Rugby
2 days ago
By Colman Stanley
'That Pace, That Intensity, That Organisation' All Black Legend Has High Praise For Leinster
GAA
2 days ago
By PJ Browne
Cusack Has Little Sympathy For Gearoid Hegarty After Red Card
Football
10 hours ago
By Colman Stanley
Wagatha Christie Trial Sheds New Light On England's Euro 2016 Disaster
GAA
17 hours ago
By PJ Browne
GAA President Explains Why Tailteann Cup Won't Be All-Ireland Curtain Raiser