Marouane Fellaini Will Avoid Hair-Pulling Ban Due To Bizarre Rule

Marouane Fellaini was up to his old shithousery tactics once again last night, receiving a yellow card in the 2-2 draw at home to Arsenal.

With the clock winding down and the visitors mounting an attack, he grabbed the long luscious locks of Mattéo Guendouzi and pulled him to the ground. Many were calling for Fellaini to receive a ban after the incident, but it appears that he has dodged a bullet.

As referee Andre Marriner dealt with the the incident during the game, the FA are unable to retrospectively punish the Manchester United man. It is a downright bizarre rule, especially considering that bans have previously been handed out in similar incidents.

In 2016 Fellaini was on the side of the hair-pulling, with Leicester City defender Robert Huth yanking at his trademark afro. The incident was not seen by the referee at the time, and the German subsequently received a three game ban. 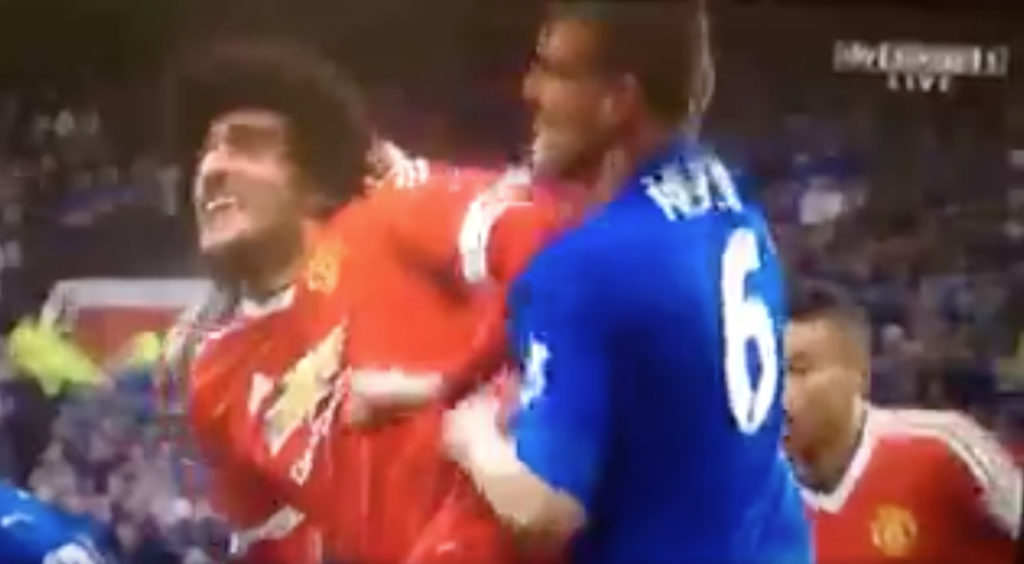 Huth was also quick to fire out a tweet after last night's game.

The wisdom behind handing out different punishments over identical incidents can certainly be debated, and this seems like a very outdated rule. Surely there should be a possibility to overrule the decision of a referee if it was deemed to be incorrect.

It definitely looks like Fellaini got away with one here.

To be fair, Guendouzi saw the funny side of the incident. Fellaini recently ditched his own trademark look, and the Arsenal man wondered if the Belgian's actions were fuelled by jealousy. He told RMC Sports:

I think there is a bit of jealousy there. Maybe he can’t accept the fact that he chose to go back to short hair!