On 2 September 2013 Manchester United completed the £27.5 million deadline day signing of Marouane Fellaini. Since then, his time at the club has been undoubtedly mixed.

Fellaini is in the last year of his contract and has confirmed to Belgian website HUMO he turned down United's initial offer. According to the Telegraph, Fellaini was offered £150,000 but is holding out for £170,000.

Fellaini is currently sidelined with a knee injury, but when asked about this he referenced the Shane Long stamp on his heel from last September as a challenge that could have had worse ramifications.

It could have been worse ... there was that attack by Shane Long. Have you seen that?

Do you see how much crazy luck I’ve had? He could have broken my leg! Without that tape around my ankle it would have certainly broken, and I would have been out for six months. I only missed the Europa League game against CSKA Moscow. 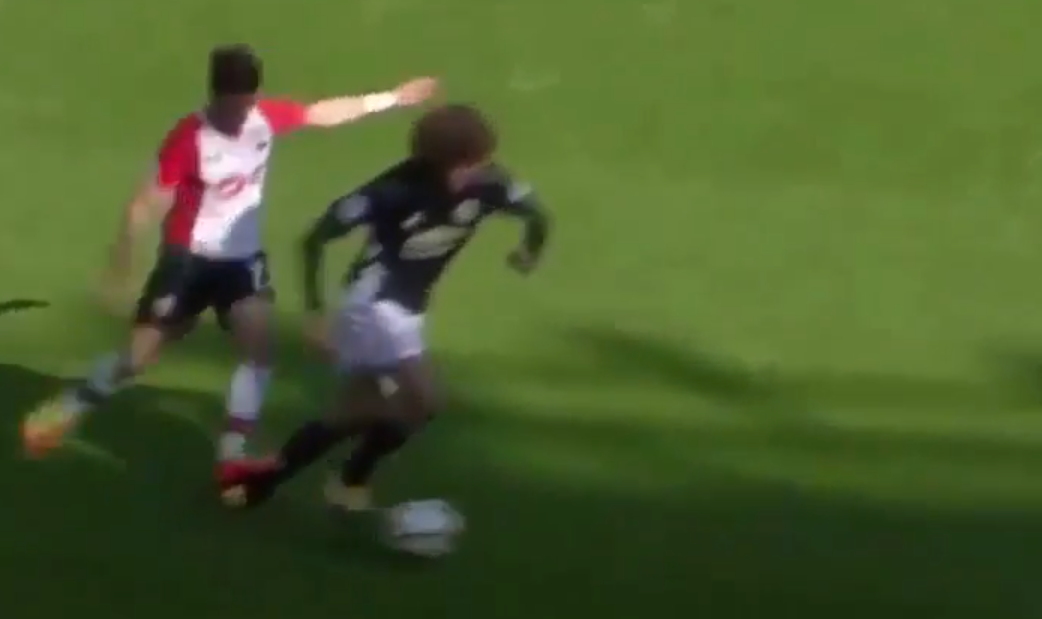 The Belgian feels retrospective action should have been taken against Long:

When I do this I am suspended three matches. Maybe five. I am called a fool, a slander and a murderer. But I am a good person.

Fellaini missed his sides Champions League group stage tie against CSKA Moscow because of the challenge. Long was shown a yellow card for the challenge.

As for his Manchester United future, Fellaini suggested the club would come back with a new offer soon. United boss Jose Mourinho is known to be a fan of Fellaini's and reportedly keen to secure his signature on a new deal. Under Mourinho Fellaini has had his most successful era as a Man United player, operating as a holding midfielder while Carrick was injured and before they had signed Nemanja Matić.

It appears Mourinho still has plans that feature the Fellaini, but will have to pay up in order to afford that luxury.

Football
2 weeks ago
By Balls Team
'José Was Not Happy About It, But Nature Was Calling'
5

Football
1 month ago
By Balls Team
'Today, He Was Not Matt Doherty Like He Normally Is'
Previous Next

Football
2 weeks ago
By Balls Team
'José Was Not Happy About It, But Nature Was Calling'
Premier League
1 month ago
By Gary Connaughton
Merson Questions Gareth Bale's Decision To Join A Jose Mourinho Team
Football
1 month ago
By Balls Team
'Today, He Was Not Matt Doherty Like He Normally Is'
Popular on Balls
GAA
23 hours ago
By Gary Connaughton
Promotion & Relegation Permutations For All Four Divisions Of National Football League
17