The Best Sporting Posts From The 'Mass' Facebook Phenomenon

Over the past 24 hours, we have seen one of the greatest talents of the Irish people in direct action: our ability to jump on something online en masse, and flood it with gags from Father Ted.

In case you have been living beneath a rock for the past day or so, everybody's Facebook feed is currently filled with posts in an event with the bare title of 'Mass'. Yep, somebody set up an official event for the holy ritual, and a frankly absurd 149,000 people have clicked attending.

The generation of Irish people that advertisers and the Irish Times refer to as millennials have spent much of their life taking the piss out of religion, learning as they did from the example set by Father Ted.

This characteristic was out in force on the 'Mass' Facebook event, with some of the gags even going beyond Ted, and encompassed another matter than inspires religious fervour, sport.

Here are a selection of the best sporting posts that popped up in the event: 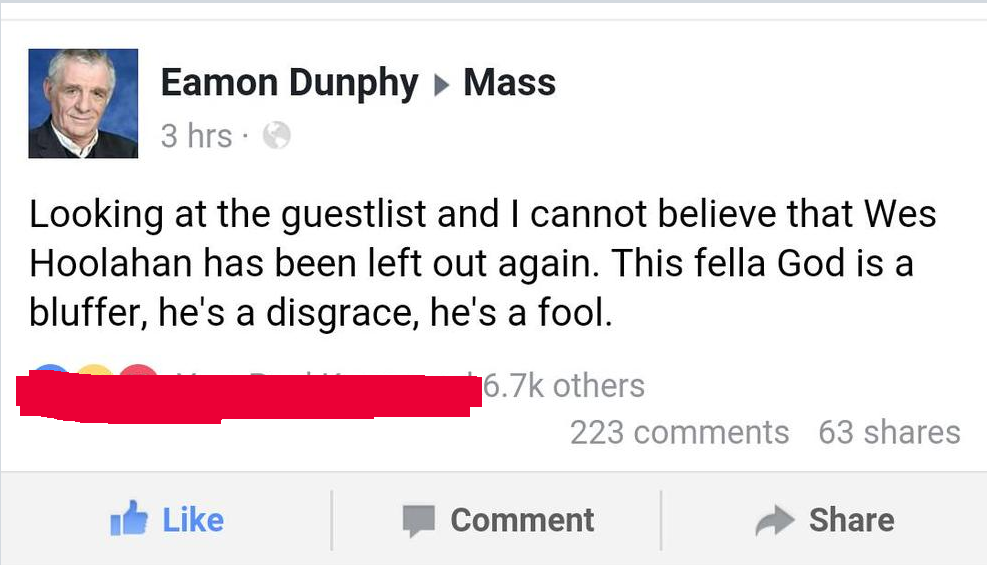 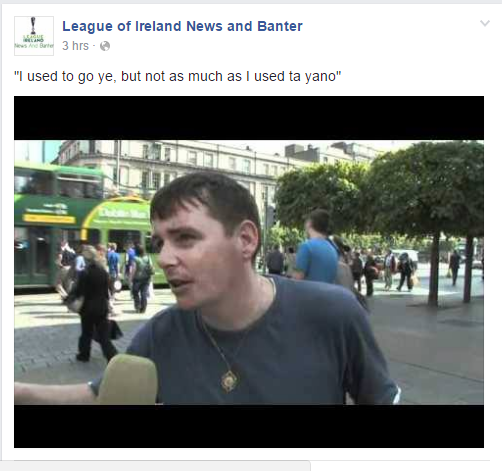 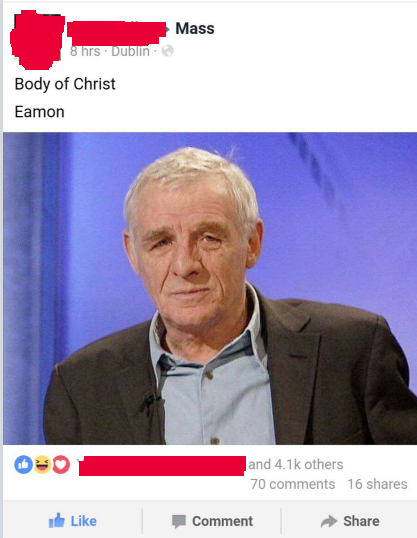 And given that we're on the topic, it would be rude not to remind ourselves of the finest Snapchat ever sent:

One of the best Snapchats ever... pic.twitter.com/6dI27tQwPp

We would also like to take a moment to pray for the person who set up the event, as his Facebook notifications over the past 24 hours will have been....busy.

Football
14 hours ago
By Gary Connaughton
Quiz: Name Every PL Player To Score 5 Or More Goals In 19/20 Season
14

The Rewind
20 hours ago
By Gary Connaughton
The Rewind Random Quiz: Can You Identify The Irish Celebrity From Each County?
14