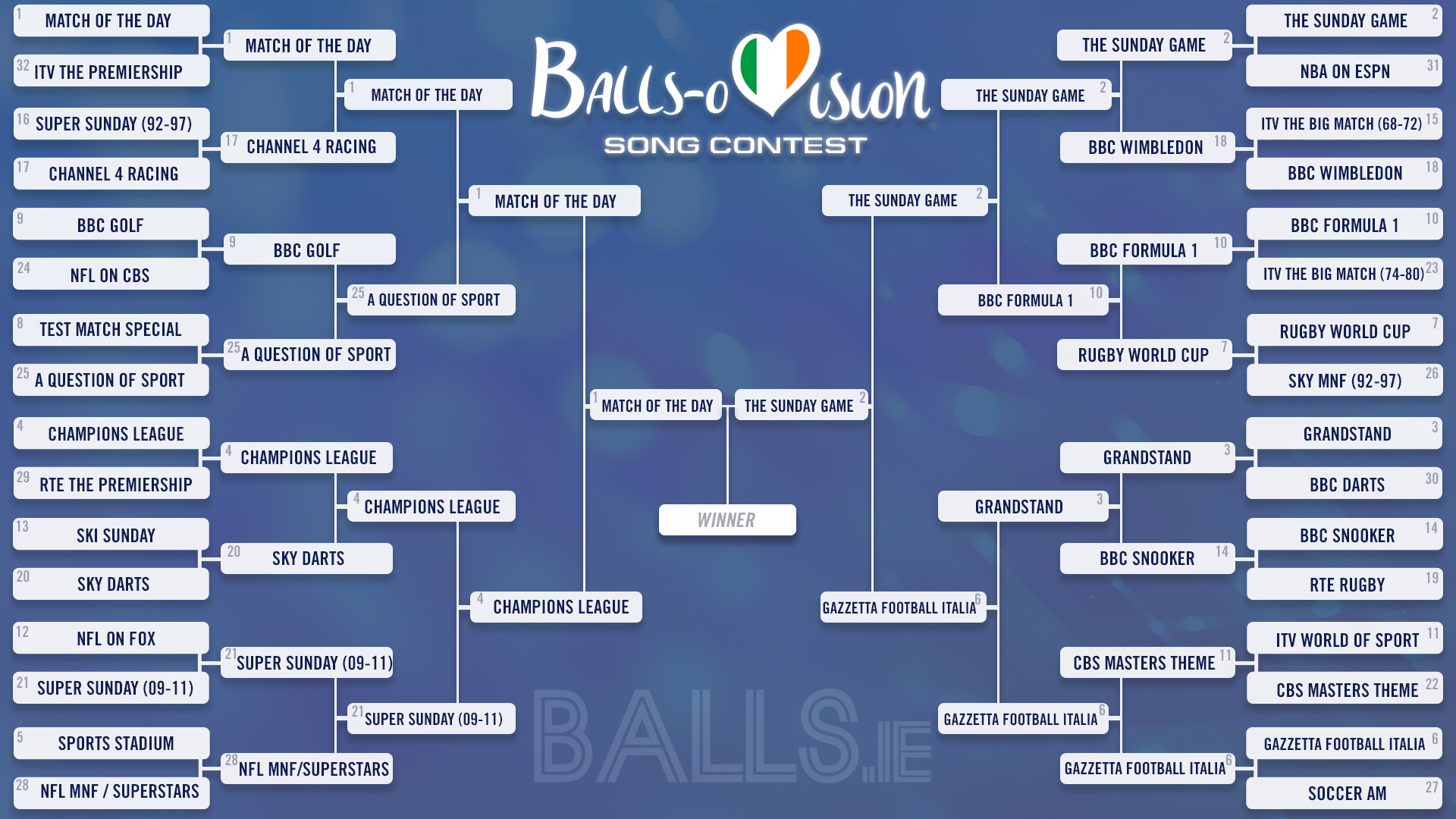 And so it is... after four rounds, five days, and countless thousands of votes by the general sport loving public of Ireland and beyond, we're back exactly where we said we'd be on Monday.

We put the seedings together for this tournament with very little (no) science, assuming five rounds of public voting would discount any seeding errors on our part. In the end, we guessed right. The iconic, legendary theme songs of Match of the Day and The Sunday Game are so far ahead of the competition, it's unreal.

The powerful Champions League ballad can rightly claim a strong bronze medal, but ultimately, it was never really in the picture.

So as predicted, the final is THE iconic English song versus THE iconic Irish song (even if it's actually German). 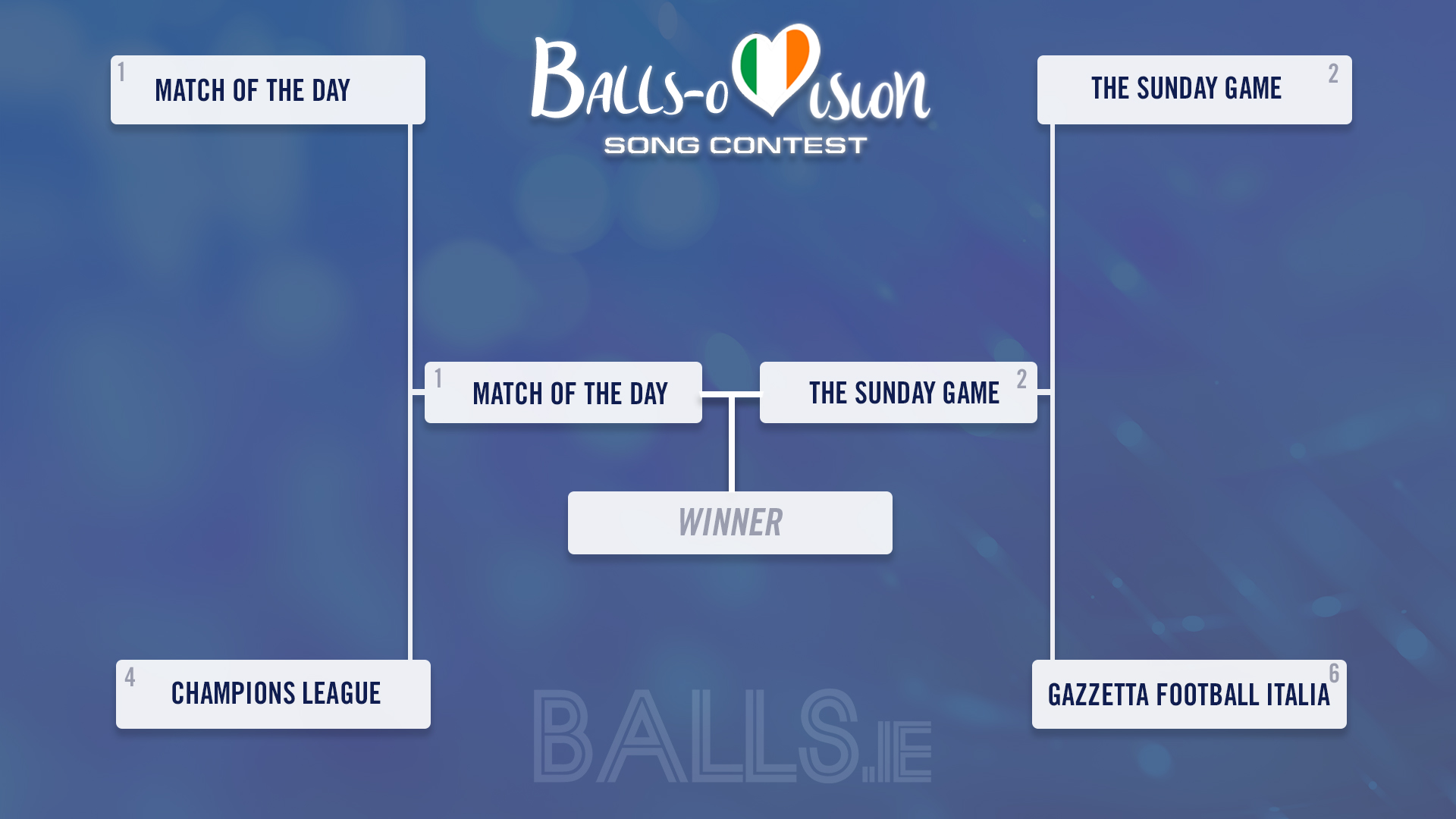 They've both been in our lives for so long, it's hard to imagine a world without them (despite RTE's random efforts in the early 2000s - what were ye thinking lads?).

It's Jimmy Hill vs. Jim Carney, Des Lynam vs. Michael Lyster, Gary Lineker vs. Des Cahill. Two of the great institutions of sport, and easily the two best theme tunes. We've no idea how the vote will go.

It's hard to know who's had the toughest road to the final. Match of the Day beat their ITV counterpart "The Premiership" in Round 1 before taking care of Channel 4 Racing, A Question of Sport, and the Champions League. The Sunday Game overcame the NBA on ESPN, Wimbledon, BBC Formula 1 theme, and Gazzetta Football Italia.

We would urge you to vote for music reasons rather than sporting ones, but we know that's not going to happen.

You've got until Sunday night to cast your vote and we'll be announcing the winner on Monday. Vote early and often.

Match of the Day the sunday game