It’s been a tough start to life in north London for Matt Doherty, but the right-back feels that he’s finally hitting his stride for Spurs.

Doherty arrived at Tottenham from Wolves last summer after two hugely impressive Premier League campaigns at Molineux but has found the going tougher under Jose Mourinho. The season has taken in several injuries, as well as a positive COVID-19 test in October, and Doherty has struggled to make the right-back slot his own at Spurs.

Thankfully, things seem to have picked up for the Dubliner in recent weeks. Solid performances in wins over Fulham and Crystal Palace led to his manager José Mourinho publicly praising him – a welcome change from the cold tone Mourinho has previously used when discussing Doherty. The Irish right-back is feeling optimistic about the months to come, saying in an interview with the club’s matchday programme at the weekend:

“I’m starting to turn the corner, I think. I’m starting to feel good again, to see things a lot quicker and pictures on the pitch a lot clearer. I feel like, lately, I’ve started to go around that bend, the form is kind of improving and, when that happens, things start to come off for you and that obviously builds your confidence. So, going into games, I feel really good with where I am.”

Doherty has been subject to long runs out of the team this year. Off the back of his COVID test, he played only three Premier League games between the start of November and the end of January - and he was sent off in one of those. He also missed Spurs’ big wins against Arsenal and the two Manchester clubs. Though his season has been somewhat erratic, he remains positive and says he’s been keeping his head down to get back to the levels of his performances at Wolves.

“I usually pride myself on being a consistent player and not making the errors that I have made this season. I just have to put even more focus and concentration in for 90 minutes and try to be mistake-free, while also expressing myself in the offensive parts of the field.”

Ex-Bohemians player Doherty generally operated as a right wing-back in a back five at Wolves, meaning he’s had to adapt his game to fit in Tottenham's back four. Though this posed problems for him early in the season, he said in the interview that he is adapting to the situation.

“Obviously, it’s not the same (playing at right-back compared to right wing-back). When you play at wing-back, you don’t have to defend as much. You don’t get exposed in defensive situations as much as when playing as a full-back, so it is definitely different, but it is not something that it is totally alien to me. I have played there an awful lot - in the national team, I play in a back four.”

It’s a crucial stage of the season for Tottenham, as they seek to claw their way back into the fight for the Champions League places and Doherty's pickup in form couldn't have come at a better time. Their next few weeks include a North London derby, the Carabao Cup final and the knockout stages of the Europa League - all games that Doherty will be in contention to start.

With Seamus Coleman in form but out of the Everton team, and Doherty finding his stride again, Irish manager Stephen Kenny has a real right-back selection headache on his hands for this month's World Cup qualifiers. Both his club manager José Mourinho and Irish manager Stephen Kenny will be delighted to hear Doherty saying with confidence that “there is a lot more to come.”

SEE ALSO: Mick McCarthy Or Not, Jack Byrne Is Ready To Thrive In Cyprus 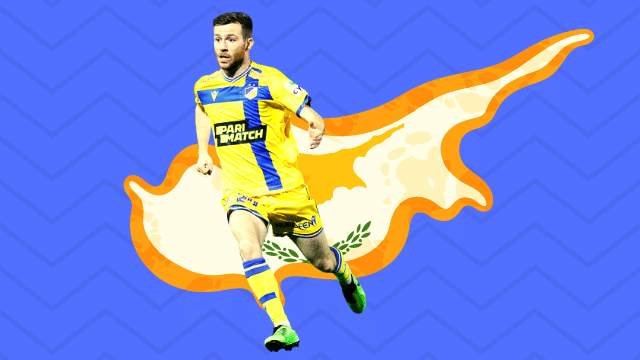 Football
8 months ago
By Donny Mahoney
Jeff Hendrick Had The Perfect Reaction To John Egan's Goal
Football
1 year ago
By Balls Team
Millwall Manager: Parrott Should Have Come Off Sooner
Football
3 years ago
By Mark Farrelly
Breaking: Harry Arter Included In Ireland Squad For Denmark And Wales
Popular on Balls
Rugby
2 days ago
By Colman Stanley
'That Pace, That Intensity, That Organisation' All Black Legend Has High Praise For Leinster
GAA
2 days ago
By PJ Browne
Cusack Has Little Sympathy For Gearoid Hegarty After Red Card
Football
11 hours ago
By Colman Stanley
Wagatha Christie Trial Sheds New Light On England's Euro 2016 Disaster
GAA
17 hours ago
By PJ Browne
GAA President Explains Why Tailteann Cup Won't Be All-Ireland Curtain Raiser