With a massive game against Chelsea to come on the final day of the season, you would be excused for thinking that Matt Doherty's full focus is on this Sunday's match at Stamford Bridge.

However, the Republic of Ireland international clearly has an eye on affairs closer to home too, more specifically, the people that helped shape his early years as a footballer.

The former Bohemians man has come a long way from the days of training at The Bogies in Cabra. But the defender hasn't forgotten the people who helped him develop his game, mainly the FAI-Education & Training Board Player Development programme coaches, Harry McCue and Gino Brazil.

Doherty is a graduate of the FAI-ETB programme in Cabra, which gives young players an opportunity to train full-time while also pursuing educational qualifications to fall back on, should their dream of a professional football contract not materialise. 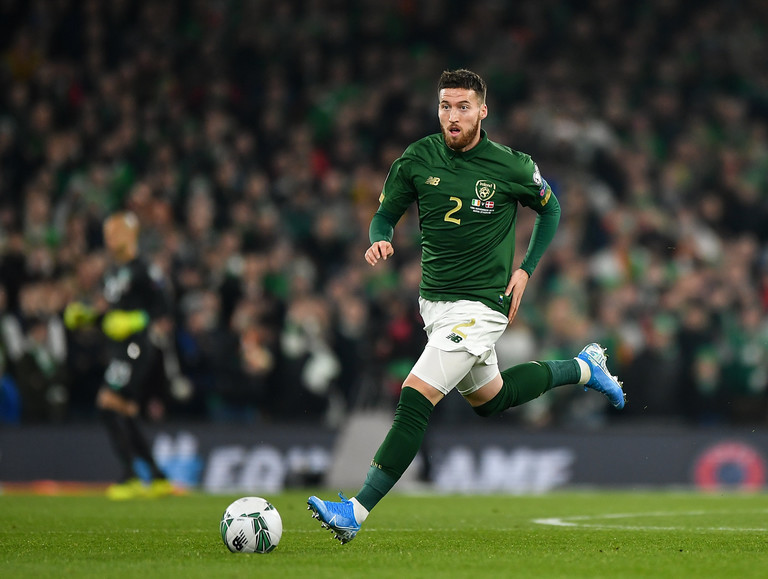 In recent years, the programme has an excellent record of player progressions - over 100 current League of Ireland players have graduated from the programme. Aside from this, Sheffield United’s Enda Stevens and Burnley’s Kevin Long have also benefited from the FAI-ETB structure.

Doherty's kind donation - believed to be laptops and performance analysis equipment valued at around €15,000 -  will see the agency which represents him (Gestifute Group) cover the cost of new IT and training equipment for the course.

Harry McCue, FAI-ETB Cabra Course Coordinator, has said: "It’s really great that Matt has remembered the opportunity which our course gave him to train full-time and I believe it had a big influence on improving his game and helped him to reach the fitness levels required to get to the next stage of his career.

Of course, Matt had great ability and resilience which was most important. However, it’s really nice that Matt and his dad Tom have acknowledged the work that we do here in the FAI-ETB courses to help young players progress, whether it’s as a pro footballer or to get them to college. It’s worked out well for Matt and we’re delighted for him. This gesture he has now made via his agency will provide some great resources for the lads we have now who are looking to be the next Matt Doherty.

A lovely gesture from the Wolves man and if this donation can help develop the next generation of Irish internationals, it might prove to be money well spent in more ways than one.

See Also: The First Irish Player In A FIFA 20 TOTW Is Finally Here