Matt Doherty Opens Up On "Old-School" Training Under Martin O'Neill

Republic of Ireland defender Matt Doherty has opened up on the lack of preparation he became used to under former manager Martin O'Neill.

It was confirmed this morning that Martin O'Neill and his assistant Roy Keane have parted company with the Republic of Ireland. Wolves defender Matt Doherty had been a member of the squad in recent months although he struggled for game-time under O'Neill. In an interview last September, he told the Sunday Times "sometimes your face doesn’t fit and mine doesn’t at the moment.”

Speaking on 2FM's Game On, Doherty explained that training with Ireland was a very different experience to the one he enjoyed with Premier League side Wolverhampton Wanderers.

"Well compared to the set-up I had at Wolves, you could class it as old-school. There was obviously, we had Portuguese people in charge. There was a lot of coaching, stuff like that.

When you played with Ireland, you didn't really have that much coaching. It was more go and play a little five-a-side game or an eleven side game and then that would be it. So you could lead all the way up to the game, maybe the day before a game and you would do a few set-pieces here and there and then you would go into a game and you were thinking to yourself 'what shape we are going to play.'

You'd have a few players thinking, 'aw, I think we are going to play this shape' or you might have someone else thinking 'I think it might be this one.' You can't really have that, especially at international football, people not really sure on what their role is the next day.

Doherty was speaking alongside RTE's Tony O'Donoghue and former Irish international Kevin Doyle. The former Bohemians man did stress that O'Neill also deserves credit for some of the good times he brought to Irish football in the past. 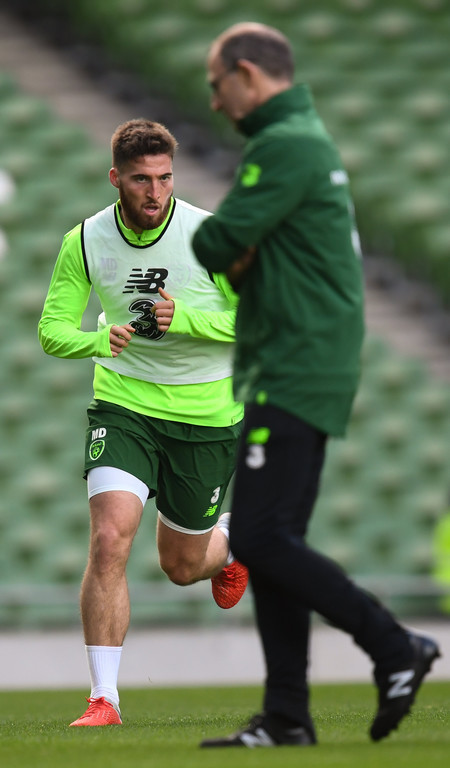 "It is bizarre. Like I said, it didn't happen all the time. There were odd occasions where it did happen. As Tony said, he has brought great nights to Irish football. Doyler (Kevin Doyle) said he was a fan for the Denmark game, I was at the game obviously as well and in the stand with Seamus.

"We were on the edge of our seat. He has brought moments where I have been watching at home and not in the squad and I was a fan also. Some of the times he brought made the hairs on your neck stand up. He was the manager of that so he deserves credit as well."

Finally, when asked for did he have a preference for the next manager, Doherty said "anybody who will play me! Somebody who will come in and give a new lease of life to the place, coach.

"At the end of the day, in the squad, I know the results haven't been going well and the performances haven't been good and the fans might not like the players, but there is quality players in the squad. If you can get the best out of them, you can have a very different team."

In terms of successors, Mick McCarthy has been installed as the early favourite. Ireland do not have a competitive fixture until March 2019, although the FAI are reported to be keen for a quick appointment.

Other candidates include Dundalk manager Stephen Kenny, while the Independent report that former Iran manager Carlos Queiroz is interested. Steve Bruce has been shortlisted by bookmakers but Sky Sports News report he is not interested.

As for the Matt Doherty interview, you can podcast the show here.