Matt Doherty's standing in the Irish squad is a bit of a strange one. Despite being unquestionably our most in-form player over the past 18 months or so he has yet to establish himself in the Ireland team.

Much of that has to do with the position he plays in, with Seamus Coleman the captain of the team and our most important player over the last few seasons. There is also the fact that he could never establish himself under Martin O'Neill, with the former Ireland boss not his biggest fan.

There were various hints throughout O'Neill's tenure that suggested he didn't really fancy Doherty. When he would depart at the end of last year, the Wolves man would appear on 2fm where he would say some less than complimentary things about O'Neill's management style.

He basically claimed that he did not prepare the Ireland team with any specific instructions in the buildup to many of their games, seemingly playing without any sort of real plan at times. This was not always the case, but frequent enough to be of concern to those in the squad.

Speaking on Second Captains this week, Doherty reluctantly revealed that he would receive a less than friendly phone call from his manager in the aftermath of that interview.

It must be said that Doherty was not attempting to court controversy with these comments, and did not really want to raise the point to begin with.

While he did not want to go into too much detail, he acknowledged that insults were traded between the pair.

The call was not a good call. I don't know if I should say too much with the risk of getting another call from him, I don't want to have to go through that again.

If you were to listen to that you would be shocked. It wasn't a pleasant call between two human beings at all...

I was saying 'you're a liar' and stuff like that, and he ended up hanging up the phone on me.

I could go into more detail, I just don't want to have to go through it all again when it's totally gone now. But it wasn't a nice phone call at all. 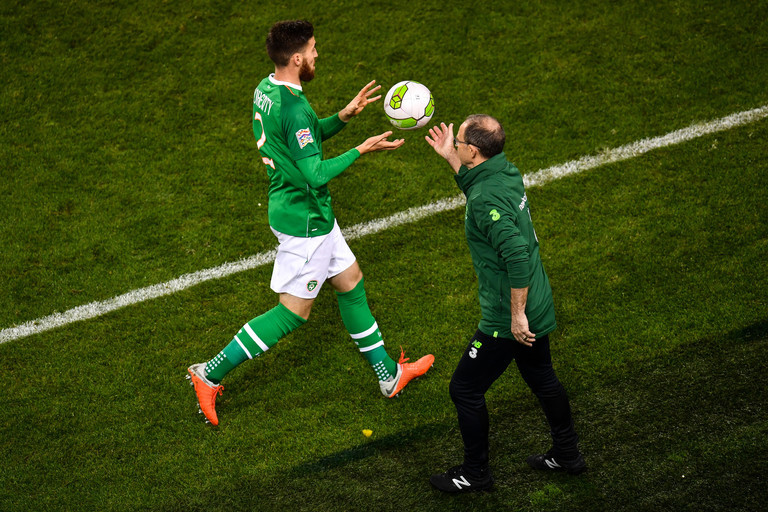 While Doherty may not have enjoyed life all that much under the O'Neill/Keane duo, it is an entirely different story under Mick McCarthy.

He claims that the atmosphere in the camp has improved dramatically since his arrival, something that has contributed to the positive results on the pitch.

Man management makes a huge difference, that's what that is at the end of the day. That's probably why we're top of the group and results are going well.

You can see there's more togetherness...

There's none of that, the atmosphere is perfect with him, TC (Terry Connor) and Robbie (Keane).

Maybe it's because there's a lot of different players as well, there's more younger players. Maybe it's easier that way, I'm not sure.

But the atmosphere is completely different, and for the good. It's a lot better for sure.

Football
1 day ago
By Gary Connaughton
Quiz: Name The Top 19/20 Premier League Goalscorer At Every Age
Previous Next