It's the question that's on everyone's lips yet, for some reason, it wasn't brought up in Tuesday night's US presidential debate: who should start at right back for Ireland against Slovakia?

Should it be Seamus Coleman? Captain, stalwart and one of the most in-form players in the Premier League right now. Or should it be Matt Doherty? Marauding, swashbuckling, new Spurs signing.

Or, perhaps, Stephen Kenny might be able to accommodate both players? He thinks it's possible and, speaking ahead of Tottenham Hotspur's Europa League clash with Maccabi Haifa this week, Matt Doherty thinks the same.

When asked about whether his move to Spurs improves his chances of starting for Ireland, Doherty said:

"I played the last few games [for Ireland]. It's always going to be a constant battle between me and Seamus, and that's fine. Whoever plays, we have the full support of each other. Obviously we'd both like to play and we feel like can play - in some way - together, but that's not not really up to us. That's up to the manager."

Doherty did not really buy into the idea that his move to a bigger club will impact Stephen Kenny's decision making:

I don't think being at a bigger club that Wolves will necessarily guarantee me to play. He's the captain at the end of the day, and we all know how good he is, and how consistent he has been in Premier League and for Ireland.

"It's probably a 50/50 with who plays and I know he's in pretty good form at the moment so I might have to up my game over the next couple of days," added Doherty with a smile.

Kenny spoke about the battle for the right back position at the squad announcement press conference on Tuesday, saying ""This is a lot different than a month ago when the players were in pre-season mode. Seamus has been in fine form, no doubt, and that's a good sign. We'll do what we feel is right for the game itself. That's the key. They're both versatile players."

Speaking of versatility, Kenny will also be pondering possible formations and how either of them would fit into that line-up. In his opening Nations League games, the Ireland manager went with Doherty on the right of back four. A position he has been getting more familiar with since his move to Spurs, and one that he thinks is very different to playing as right wing back in a five man defence.

"They're very different. People might not think they're that different but they are. Positionally, I think I realised once I went into a back four consistently, since the start of the season, that you don't really have to do as much defending [when you are] wing back."

For me, going into a back four, it's definitely tougher and it's something I'm getting used to and improving at with each game. The differences are mostly defensively. I'm still able to get back post and stuff, I'm still able to go forward, but it's just harder work because you're coming from deeper.

Defensively though, it's all about positioning. I think when you play wing back you pick up a few bad habits. You don't get in as tight to your centre back as you should, and your body positions etc.

The positional switch is challenge that he is enjoying: "I'm still learning, I'm still able to improve at playing in a back four. It's something I'm excited about doing actually. I know that I can play wing back but just being able to get myself back into this sort of shape, and excel in this sort of shape also, I'm pretty excited."

Whichever player Kenny opts for - or indeed if he decides to fit both of them into the team - it's positive headache to have going into such a huge game. 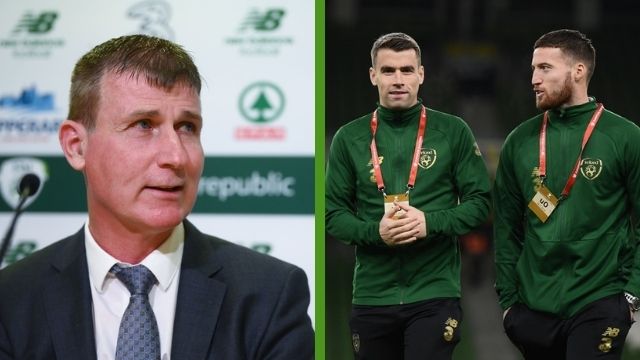