If there's one issue that has repeatedly come to the fore during this qualifying campaign, it's the debate surrounding Seamus Coleman and Matt Doherty.

Doherty was the best Irish player in the Premier League during the 18/19 season, finding himself desperately unlucky to be pipped to a PFA Team of the Year spot by Trent Alexander-Arnold. He has carried that form into the current campaign.

Seamus Coleman, while not quite reaching those heights over the last few years, remains a key part of the Irish setup. He is the captain and leader of the team and is a favourite of Mick McCarthy.

How to accommodate both of these players in the same squad has been a bit of a problem for the Ireland boss. While selecting Doherty would be the obvious thing to do based on form, McCarthy has been hesitant to take Coleman out of the team.

That is somewhat understandable considering his status as captain, but the Wolves man seems to be making a stronger case by the week.

The two were played together on the right flank only once, the game in Gibraltar in March. That was hardly a vintage performance from Ireland, but Mick McCarthy's main takeaway from the match was that Coleman and Doherty were unable to function together on the same wing.

Heading into the game against Slovakia, and with Doherty continuing to put in some fantastic attacking displays at club level, McCarthy admitted that he was unlikely to try the Gibraltar experiment again despite pleas from large sections of Ireland supporters:

I wrestled with it once, then I came into the press conference and said 'that won't be happening again', and it probably won't be unless I haven't got a right sider.

He's always played there, he plays almost as a winger to be honest. It's a bit of a surprise that he didn't play better against Gibraltar, but that was just one horrible and game we just had to win it.

It wasn't a good performance, I said that afterwards. I'll consider all my options, because the right side is a bit of a conundrum I'll be honest...

It didn't work. The shape of the team didn't work either, 4-4-2. We had two strikers on and had less attempts at goal.

It didn't work, it's not what I've looked at. But as I said, I'll consider all my options for Slovakia. 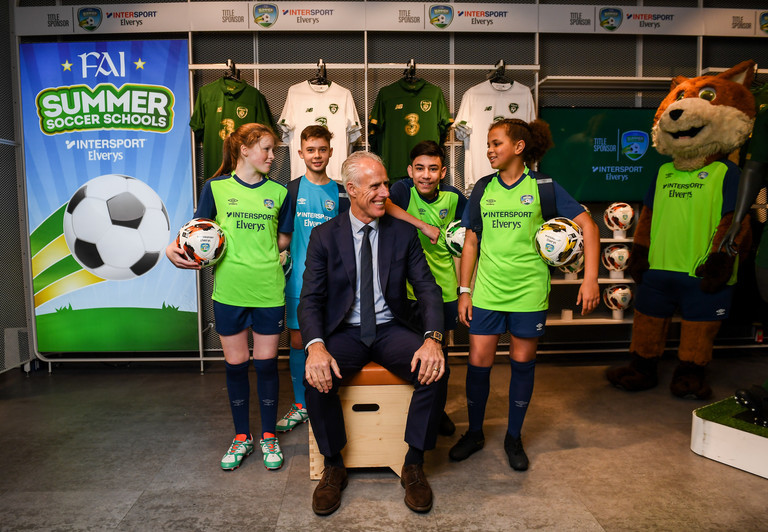 With McCarthy set to stick to his guns for the game in Bratislava, we are unlikely to see many changes to the side that has featured in the campaign up to this point.

That could be bad news for James McCarthy. The Crystal Palace midfielder has been in fine form, but has not featured under the current Ireland manager.

However, Mick has hinted that he could be an option due to his experience at international level, although he couldn't give any indication as to the player's commitment to the Irish cause:

His exception is that he's played before, he's wouldn't be coming in and making a debut. It wouldn't be alien to him or something new to him, he wouldn't be nervous about it.

You can ask him that question (if he is committed). I think, because of his injuries, he's probably been a bit hesitant in coming in and playing. Maybe he thought he wouldn't be playing, he wanted to get his club form back first...

There's two or three times I've selected him and he's not come in for whatever reason. Whether it was his injury or he wanted to get his club form back, he didn't think he was ready.