Football
May 4, 2019
By Gary Connaughton

The hunt is still on. No matter who wins the title this season, the second placed team can count themselves incredibly unlucky. We have never seen two dominant forces like these Liverpool and Manchester City teams go head to head in the same campaign, and it is a joy to behold.

While Manchester City still hold the advantage, Liverpool's challenge was nearly all but ended this evening. Newcastle put up a fierce challenge at St James' Park, and it looked like they would hold Klopp's side to a draw.

Entering the final five minutes of regular time, the scores were level at 2-2. Salomon Rondon had run Liverpool ragged all game, and his goal looked it had secured a draw for The Toon.

The Reds did not look like scoring again after conceding that one, but they were offered an opportunity when they were given a free kick at in a wide area late on.

Trent Alexander-Arnold had already grabbed two assists in the game, and he was set to deliver the ball into the penalty area. However, Virgil van Dijk had other ideas.

Xherdan Shaqiri was standing near the edge of the penalty area waiting for the ball to be delivered, nowhere near the action. Virgil van Dijk clearly fancied an in-swinging cross, and gestured at the Swiss player to head over to the set-piece. 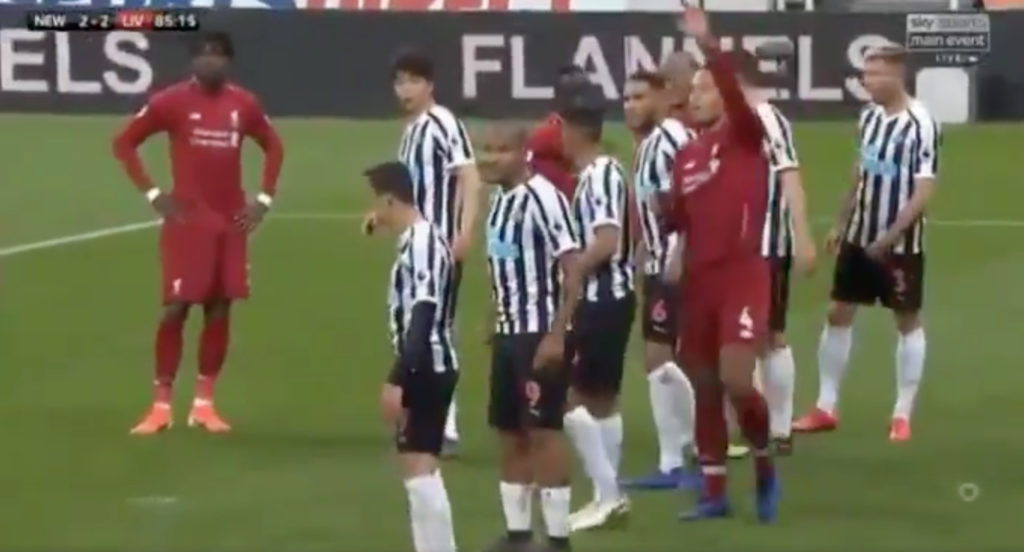 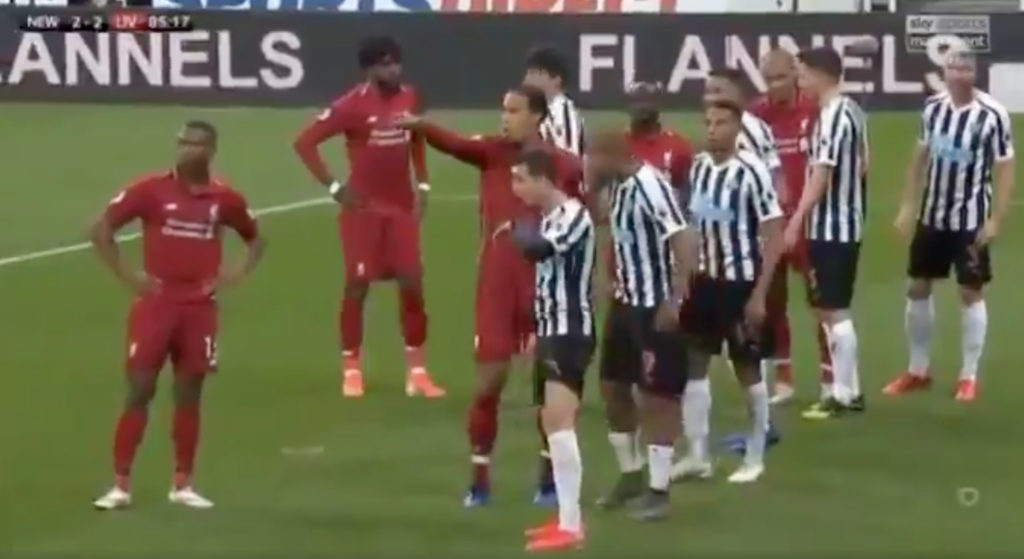 Shaqiri clearly fancied his chances of putting in a decent delivery, and wandered over to the ball. 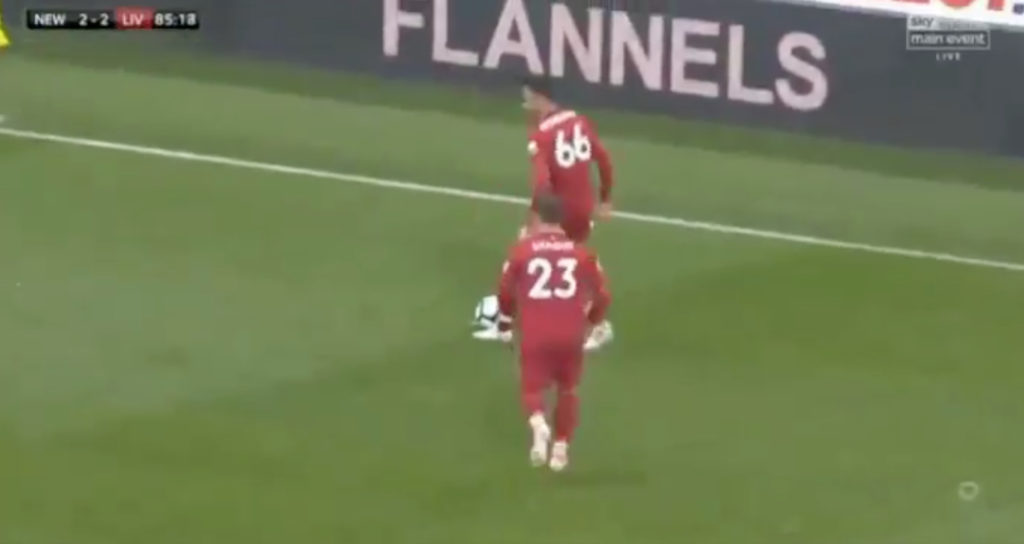 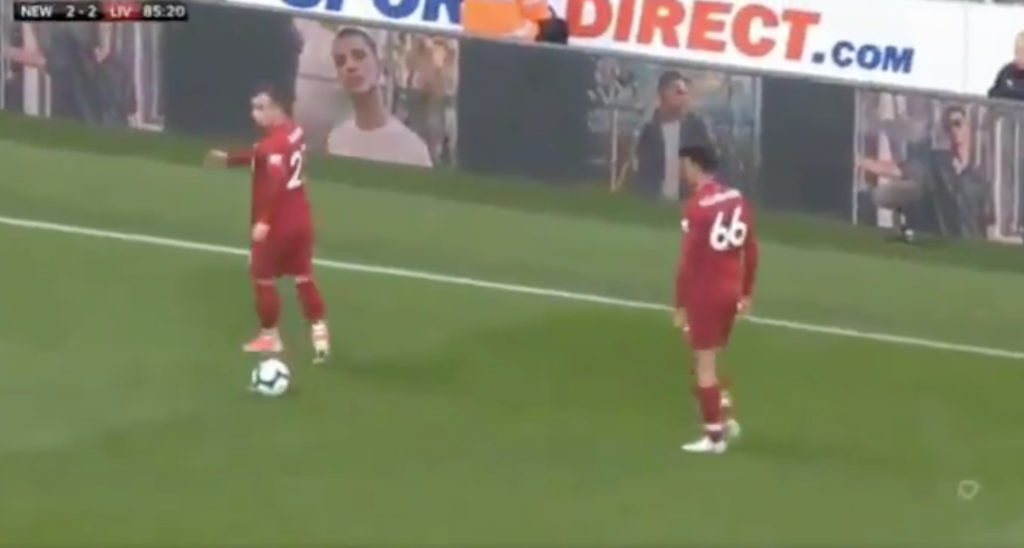 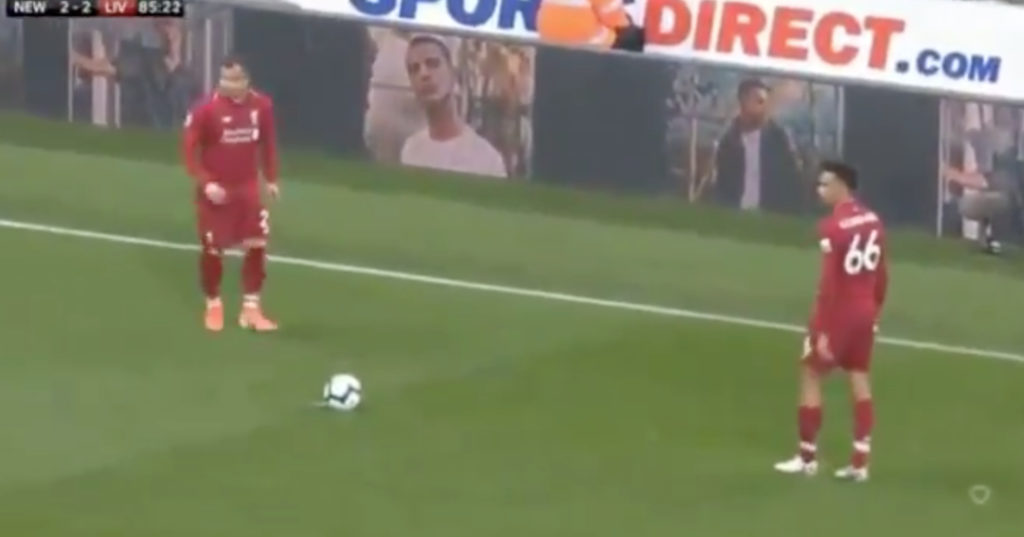 What happened next could have a vital say in the title race. Shaqiri delivered the cross, and Divock Origi forced Jamaal Lascelles to turn the ball into his own net.

Even when he's not directly involved in the play, Virgil van Dijk is still winning games for Liverpool. On to Monday night we go...

Football
5 days ago
By Jonathan Byrne
Jordan Henderson Out Until April As Liverpool Injury Woes Continue
Football
1 week ago
By Gary Connaughton
At Some Point, Microscope Will Be Put On Jurgen Klopp For Liverpool's Failings
Football
1 week ago
By Balls Team
Seamus Coleman Elated By Everton Finally Getting Anfield Victory
Popular on Balls
Boxing
6 hours ago
By Jonathan Byrne
Bob Arum Says 'All The Points' Agreed for Fury vs Joshua Fight
30