McGoldrick's Goal Would Have Stood In Any Other League, And That's The Issue

Here we are again, talking about VAR in the Premier League. It has become a tiresome chore, even if it is becoming increasingly necessary. Even those who were the biggest advocates of the technology have now started to sway in their previously steadfast opinions.

The thing is, the Premier League have only themselves to blame for this.

Let's be clear here: the technology itself is not the issue. VAR has been in use in various locations throughout world football for a few seasons now, none of which have courted the type of controversy that is a weekly occurrence in England.

There were teething problems elsewhere. During the Confederations Cup in 2017, viewers complained that decisions were taking far too long to be made, while referees also seemed hesitant to overturn their calls on the pitch.

FIFA persisted with the technology for the 2018 World Cup, where it was widely accepted that it was a success. It was not implemented in England at this stage, but a number of European leagues, as well as the Champions League.

There were also problems in the European competition, most notably in the harsh enforcement of the handball rule. Still, it was a general success.

The Premier League this season has been anything but. Why is that? The reason would seem pretty straightforward.

In an attitude that is perhaps befitting of an organisation that dubs itself the 'best league in the world', they insisted on having their own interpretation of VAR. They would not follow the model that had proven successful elsewhere.

Instead of referees reviewing the incident themselves with a pitchside monitor, as was the case in the World Cup and Champions League, the decision would essentially be taken out of their hands by an official watching on a screen in the outskirts of London.

This immediately opened the door for a myriad of potential issues.

In order not to belittle the authority of the on-field referee, the threshold for overturning a decision was set ludicrously high. This resulted in a number of seemingly clear penalties being ignored in the opening weeks of the season. There was even one while this article was being written!

How the VAR official doesn’t think this is enough to give a penalty I will never know.

Why have the Premier League made a rod for their own back by making it all so damn difficult? pic.twitter.com/J5XLKqKjcr

All of this could have been avoided by actually allowing the referee to make up their own minds. If they overturn the decisions themselves, there would be no such questions about their authority.

The Premier League claim referees are free to review the incident at the side of the pitch, and there is monitors available. However, the key is that the referee can only seek to watch the footage after the VAR official has already made their decision. Will they really question somebody who has watched the incident back when they have not?

The answer is clearly no.

Had pitchside monitors been the review method of choice, we also would have avoided the other farcical side of VAR in the Premier League: ridiculous offside calls.

Let's get this out of the way, offside is a black and white law. You're either onside or you're not. All of that is true.

In saying that, the Premier League have ensured there is absolutely no advantage given to the attacker.

We all saw the ridiculous nature of the Roberto Firmino offside last week, where the VAR official seemingly moved lines at random until they decided he was offside.

If not for Stockley Park and another set of eyes with access to this questionable technology, there is no way the goal would have been chalked off. If you can't see it with the naked eye, it should be given as offside.

The same goes for David McGoldrick's goal today. Lundstrum was offside by a toenail. Literally. 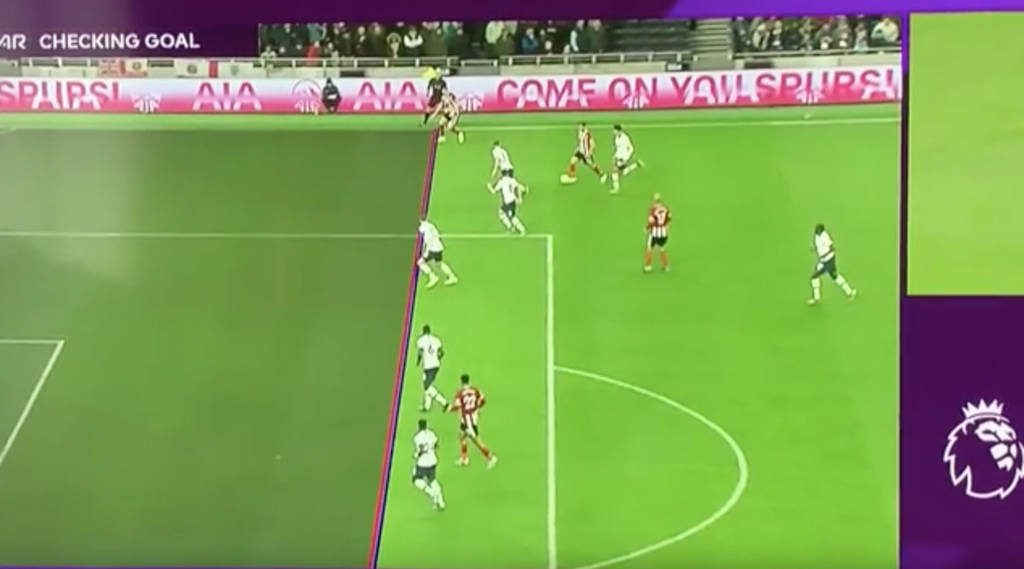 It took 3 minutes and 47 seconds for the goal to be ruled out. If you can't see that it's offside, it probably shouldn't be. Not one Spurs fan would have complained were it given.

If a referee were to review the incident on the side of the pitch, he would have given that goal. He would not have been able to tell that the Sheffield United player was offside.

That's the issue, and it is entirely the Premier League's fault. They made a balls of it.

They had their own interpretation of VAR and it is the wrong one. Follow what has been successful elsewhere, do not attempt to change things just for the sake of it.

Even if you consider Raheem Sterling's disallowed goal in last season's Champions League quarter final against Spurs, it is chalk and cheese. While it was a contentious decision at the time, the replay clearly shows that Aguero was offside in the buildup. 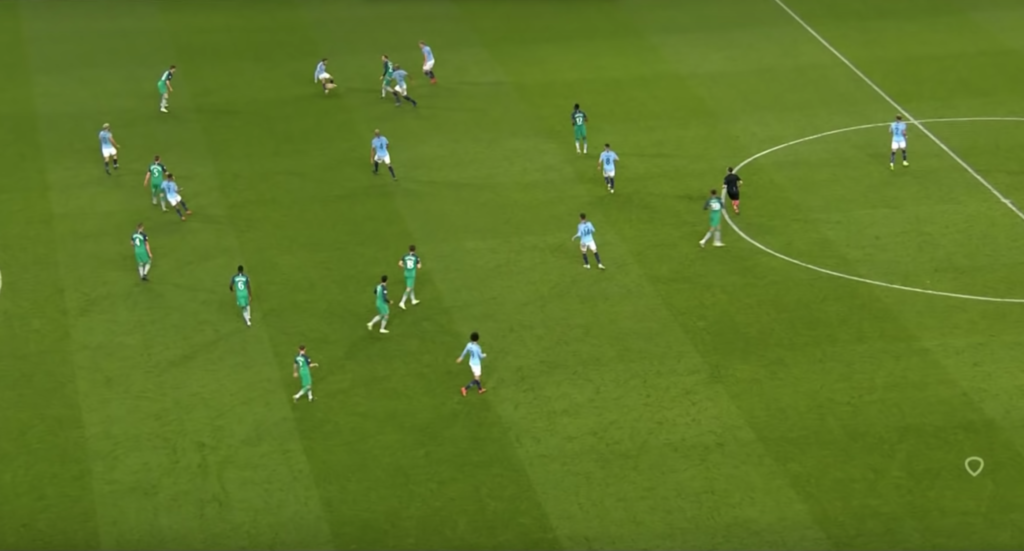 This may have seemed like a tight and controversial call at the time, but it is an acre of space in comparison to what we have seen in the Premier League. No imaginary lines were required.

The Premier League need to stop with their notions of superiority and use what has worked for others. It really is that simple.

Football
2 days ago
By Gary Connaughton
Quiz: Name The Top 19/20 Premier League Goalscorer At Every Age
Previous Next