'Is That What Was In The Media?' - Rooney Takes Issue With Sun Newspaper Report

MLS star Wayne Rooney has labelled a report that he will quit America when his DC United contract expires at the end of 2021 as 'far fetched'.

Rooney is set to feature in Wednesday's MLS All-Star match against Atletico Madrid but was asked about a report in English Newspaper The Sun that his "long-suffering" wife Coleen has demanded he quit America when his contract is up.

Per Sport24, the 33-year-old said he had not even considered it.

Is that what was in the media? That my wife has got her own way? Those reports are a bit far fetched. I'm concentrating on playing for DC United and trying to get them into the playoffs.

I haven't thought about anything beyond that. 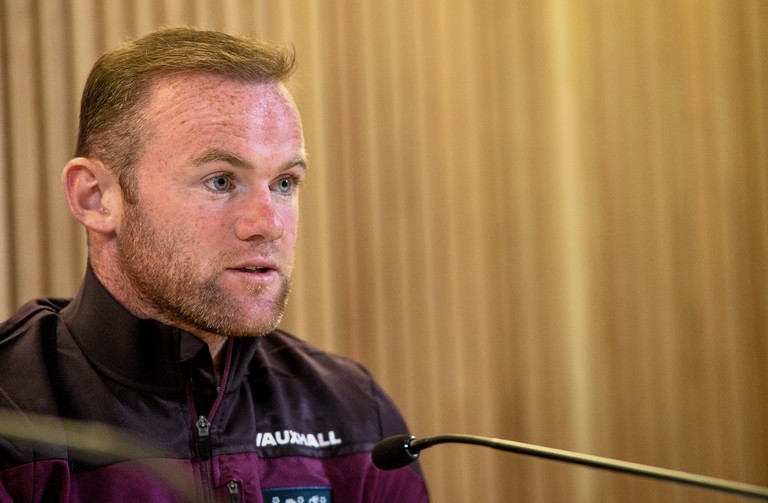 Speaking last November to the Man United official website, Rooney said he was doing his coaching badges while in North America.

"Yeah, it is something I am passionate about and I want to do.

"Obviously, I need to complete my badges, which I am doing over in the States. Hopefully, by the time I come back to England, I will have them completed and be in a position to accept or reject any offers I get."

Football
7 months ago
By Sean Meehan
Irish Players To Watch Out For Ahead Of The 2021 MLS Season
Football
9 months ago
By John Dodge
25 Years Of Ireland's Impact On Major League Soccer
Football
10 months ago
By Gary Connaughton
Report: Liverpool Eyeing January Move For MLS Defender
Previous Next