Cristiano Ronaldo was brought to Juventus for one reason: to help the club win the Champions League.

Despite dominating Italian football for a decade, Juve couldn't get over the hump in Europe. They reached the final on a couple of occasions, losing deciders in 2015 and 2017.

The Portuguese superstar seemed like the obvious solution. After all, he had just led Real Madrid to three successive European Cups and always seemed to produce in the big moments along the way in the tournament.

In the end, his impact in Europe for Juventus was minimal. In his three seasons in Turin, the club never went beyond the quarter-finals, being eliminated by the likes of Ajax, Lyon, and Porto.

In that sense, his tenure there was a failure despite two Serie A titles and a number of personal accolades.

With Juventus having finished fourth in the league last season and having had little impact in Europe, one would assume Ronaldo's Ballon d'Or chances this year are slim. He has been nominated for the award, but the likes of Lionel Messi, Robert Lewandowski, and Jorginho seen as more likely recipients.

Despite this, his agent Jorge Mendes believes Ronaldo should take the award home.

Speaking to France Football, he said that his client deserves the gong for his goalscoring exploits for club and country over the last year.

The numbers do the talking and they should be enough

He scored 115 goals for Portugal, becoming the world record holder with the national teams. He is the best scorer in the history of football.

It is a decisive thing and means he must win the trophy because he continues to prove that he is the best player in history...

Do not forget that Cristiano was the top scorer in Serie A, he was the top scorer in the last European championships, he has the record for the most goals in the Champions League and is the only player to have won everything in three different and very competitive countries like Italy, Spain and England.

All of this together makes him absolutely unique. From my point of view, the Golden Ball has only one name: Cristiano Ronaldo.

He’s never deserved it more than this year.

Ronaldo scored 29 goals in Serie A last season, also breaking the world record for the most goals in men's international football in recent months.

However, his lack of team success should mean this award is beyond him.

SEE ALSO: 10 Of The Maddest Ever Clauses In Footballer's Contracts 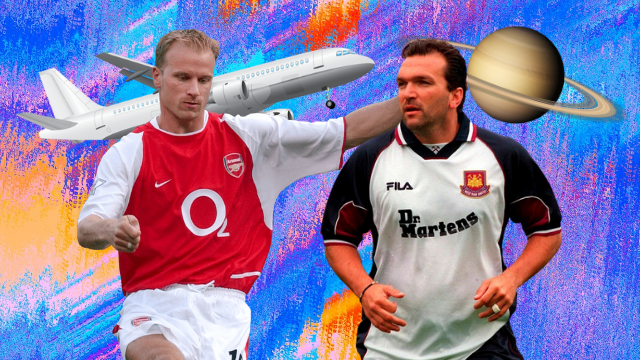 Football
2 days ago
By Gary Connaughton
Quiz: Name Every Club To Play In Just One Champions League Final
Football
6 days ago
By Eoin Harrington
Quiz: Name The Only Player From These 20 Countries To Play In The Champions League Final
Football
1 week ago
By Eoin Harrington
Remembering The Best Same-Nation Clashes In The Champions League
Popular on Balls
Hurling
1 week ago
By Balls Team
A Tribute To GAA Players Who Looked Significantly Older Than Their Age
Rugby
2 days ago
By Colman Stanley
The Fascinating Journeys Of The 2012 Ireland's U20 Rugby Team
Football
1 day ago
By Gary Connaughton
Some Pundits Are Revelling In Rafael Benitez's Everton Sacking
32