Barcelona President Joan Laporta laid bare the financial ruin at the club that ultimately led to the departure of Lionel Messi at a bizarre press conference on Friday.

Laporta revealed that the figures presented to him that the first audit of their finances were better than they actually are, saying the club is somehow €487m in debt.

Should Messi have stayed at the club, it would have put the future of the club in serious doubt.

🗣 @JoanLaportaFCB: "Leo wanted to stay and the Club wanted him to stay"

“When we arrived at the Club, after the first audit and the end of the season, the figures seemed better,” Laporta said this morning.

However, they are worse than predicted. That means high predicted losses and the predicted debt is much higher.

That is why we have those salaries way above income. There is no wriggle room with salaries.

To comply with the league's fair play regulations, we had to accept an agreement that mortgaged the Club's TV right for half a century…

The Club is above everything else. The players, the best in the world, the President, everyone.

And he explained that both Barcelona and Messi wanted to find an agreement to keep the Argentinian at the club. But, La Liga rules would not permit that.

“I want it to be clear that Leo wanted to stay, and the Club wanted him to stay.

There comes a moment in the negotiations when you have to make a stand and analyse the figures rigorously.

The La Liga rules could be more flexible but that is no excuse because we were aware of them.

Leo Messi deserves everything, and he has shown his love for Barça and the willingness to stay in Barcelona.

I am sad but convinced we have done the best for FC Barcelona's interests.

He added: “The losses predicted were around 200 million, but they will be 487 million euros, and that is a lot.”

PSG Waiting In The Wings

Talk has already moved to discussions on where he will end up next, naturally enough. PSG are said to be leading the race for his signature according to the Athletic.

“In terms of Lionel Messi, we know what happened yesterday," PSG boss Mauricio Pochettino said. "I will not say anything different to that.

We are fully focused on beating Troyes and starting the season well.

At the same time, our sporting director and president are working hard to improve the team.

But one club who will not pursue Messi is Manchester City. City boss Pep Guardiola denied that they are in the race for Messi's signature.

“Right now, it is not in our thoughts [to sign Messi], absolutely not,” Guardiola said during his press conference this afternoon.

He will bring the number 10 because we were convinced for Jack Grealish.

In the end it was a surprise for everyone, me included of course. But, I think Laporta was clear today the reason why.

SEE ALSO: Here Are The Odds On Where Lionel Messi Will Go Next 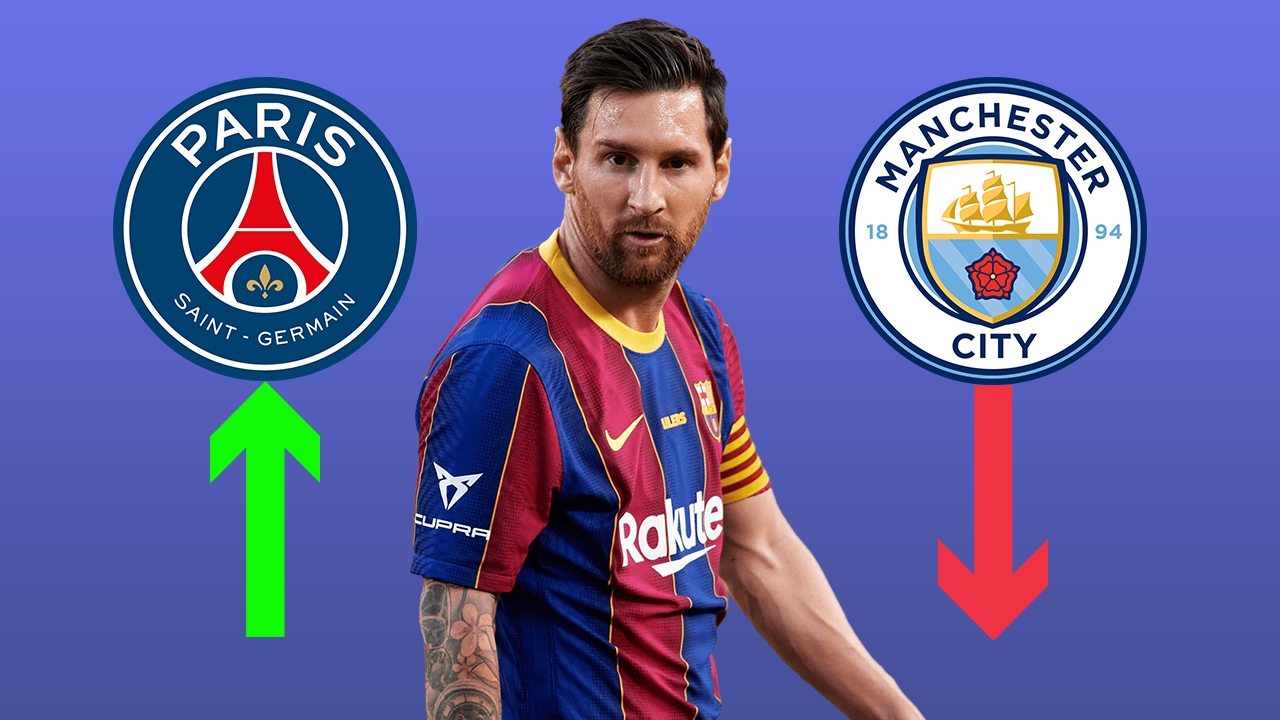 Football
2 weeks ago
By Gary Connaughton
Barcelona Slam Claims Of 3 Players Earning Monstrous Salaries At The Club
Football
2 weeks ago
By Eoin Harrington
Philippe Coutinho's Most Iconic Barcelona Moment Came When He Humiliated Them
Football
4 weeks ago
By Gary Connaughton
Rio Ferdinand's Breakdown Of 2011 Champions League Final Is Fascinating
Popular on Balls
Football
2 days ago
By PJ Browne
Ireland's Lee O'Connor Says It Was An 'Easy Decision' To Leave Celtic
Football
1 day ago
By Eoin Harrington
Quiz: Name Every Player To Score In A Champions League Final
Rugby
1 day ago
By Colman Stanley
Roy Keane Made Quite An Impression On Eddie Jones And The England Rugby Team
52