The lads were calling me The Monk out of Mean Machine at half-time.

At 39-years-old, Michael Doyle has done most things in football. Capped once by Brian Kerr in 2004, Doyle has had a stellar career in England, playing nearly 700 games with clubs like Coventry City, Leeds, and Sheffield United. For the last couple of seasons, he's been playing for Notts County, who have slipped into the National League for the first time in their history. Captaining the side, Notts are currently on an impressive run of form that has seen them climb to 5th in the table.

One thing Doyle hadn't done before though was deputise in goals. Last night, he did just that, and led his team to another, unlikely win, almost keeping a clean sheet along the way.

His team were already 1-0 up against Dagenham when goalkeeper Sam Slocombe was sent off after just 18 minutes. Without a keeper on the bench, Doyle put on the gloves, and Dagenham immediately missed the penalty, hitting the post.

From there, the night got better for Notts County. They added two more goals, and Doyle made a string of saves, before finally conceding late on with the result already decided.

We can't show you the goals until tomorrow evening, so we'll leave you with one of the skipper's many excellent saves from a quite incredible night! 🖤 pic.twitter.com/WYVnwoj1wi

Afterwards, Doyle spoke to the club's social channels and gave the impression of a man happy with his night's work and indeed his current role in football.

Naturally, as whenever an Irish man uses his hands in another sport, Gaelic football is the key. Doyle credited his time playing with his brothers at St. Mark's in Tallaght as the reason he was called upon to play almost a full game between the sticks.

I played a lot of Gaelic when I was younger, up to an age, with my brothers and that, up in our local GAA club, St. Mark's in Tallaght, where I grew up, and I loved it. But  I never thought I'd end up in goal. Thank God all them years of playing Gaelic, catching the ball, it kind of came in handy a bit, thank God.

Hilariously, Doyle's love for peeling plastic also came in handy on the night. Because Doyle asks the goalkeepers to peel the plastic of their new gloves, he knew that the club's sub keeper had smaller hands than Slocombe's, so he asked for them instead.

It was a great night for Notts County with the club, players, and fans all rejoicing in "one of those nights" where everything seemed to just go right. Having their skipper perform heroics in goal for the majority of the game just put the icing on top.

No, it wasn't a dream. We just wish you'd been there with us! 😞 pic.twitter.com/ZeKoRATwBG

That had to be one of the most outstanding performances that I have seen from a team wearing the black and white stripes. Congrats to you all you deserve it.

Honestly lost for words tonight. Never seen or been involved in a game like that. To many outstanding performances throughout the team to mention. But my god what character and determination to win a game of football this teams just shown. On to Saturday we go @Official_NCFC ⚫️⚪️ 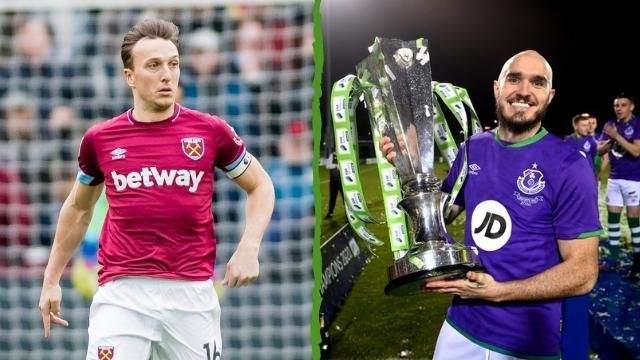