Considering the lack of goals in the team at the moment, any attacking player coming on board has to be seen as a plus.

Dundalk winger Michael Duffy looks to have finally completed his long-winded international eligibility switch to the Republic of Ireland.

The FAI had been pursuing the 26-year old since 2018, with Martin O'Neill originally pushing to bring him into the Irish setup.

Derry native Duffy had previously represented Northern Ireland at underage level, playing for their U21 side as recently as 2016. However, he would go on to turn down a call-up to the senior squad for a World Cup qualifier against the Czech Republic in order to keep his international options open.

The paperwork to complete his switch to the Republic of Ireland had been held up for quite some time, but the Irish Independent are now reporting that is has finally gone through.

This will be another forward option for Stephen Kenny ahead of the World Cup qualifiers, with the Ireland boss previously unable to call upon the player he had managed at Dundalk.

Kenny confirmed last year that he would have called Duffy up in 2020 had he been available:

I would have called up Michael Duffy from Dundalk as well except that there’s an issue with his paperwork at FIFA. But for that he would have been called up.

Duffy played in all six of Dundalk's Europa League group games last year, before committing his future to the club for the 2021 campaign soon thereafter. 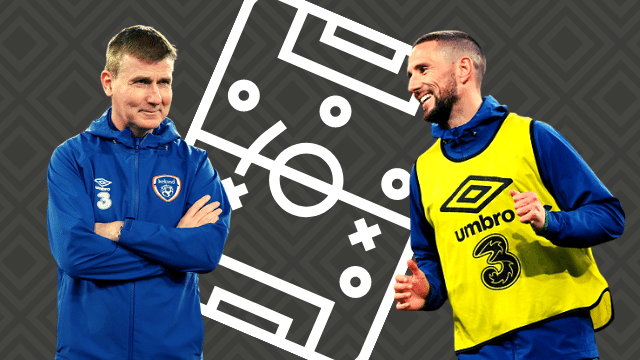