One of the defining games of the Premier League game season was October's Merseyside derby. While it may not turn out to be the top of the table clash it was billed as at the time, the injury suffered by Virgil van Dijk in that fixture could be a potentially decisive moment in the title race.

The league could well have a very different look had Liverpool's talismanic defender not suffered a major injury in that game. Klopp's side still look like the best team in the division on their day, but the absence of the Dutchman has resulted in a lack of consistency.

Of course, Liverpool supporters were aggrieved by the fact that Jordan Pickford's tackle, the one that caused the injury, went completely unpunished.

The Everton goalkeeper's wild lunge caused van Dijk's knee injury, but he was let off at the time because the 29-year old was offside at the time. However, there is no reason that Pickford could not have been sent off regardless. 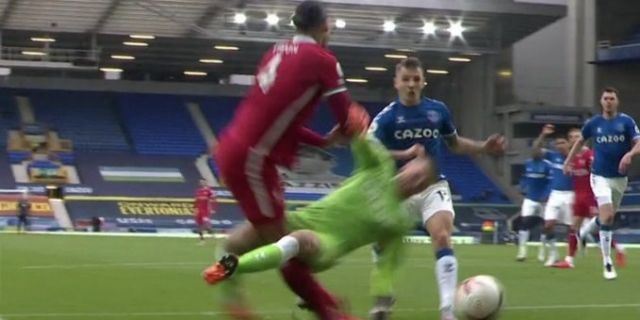 This seemed to be an oversight of the officiating team at the time who were more concerned about the potential offside in the buildup.

That is something that has now been admitted by referee Michael Oliver. Oliver was the man in the middle for the game, and speaking to the Daily Mail, he said that his team were so concerned about the offside that they didn't consider that Pickford could be punished for the tackle.

The thought initially was, 'it can't be a penalty because it's offside so we need to check the offside first'. I think I said to the VAR, 'if it's not offside, I'm going to give a penalty'.

I have watched it back so many times. I genuinely don't think Pickford has done anything apart from try to spread himself but he did it the wrong way, as the injury has shown.

We have all, myself included, not thought about the challenge as much as should have done. We could still have given offside and sent Pickford off.

What I was surprised about looking at it afterwards was that nothing was expected on-field in terms of a red card. None of the players were asking for that.

We got sucked too much into going step by step as opposed to thinking of the bigger process, which was considering the challenge as well and not just the fact it can't be a penalty.

We should have restarted with the offside, as we did, but with a different punishment for Jordan Pickford.

We imagine a similar mistake won't be made moving forward. 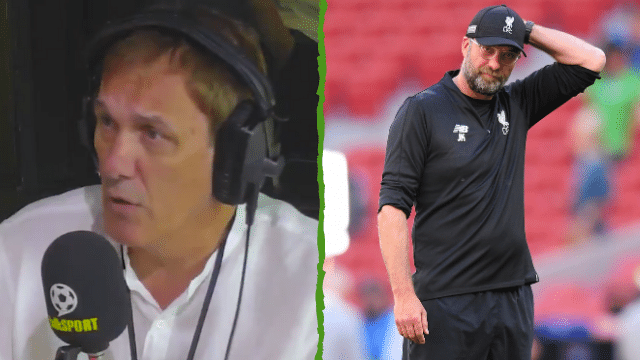